Crate Digging is a recurring feature in which we take a deep dive into a genre and turn up several albums all music fans should know about. In this special edition, Adam Duritz of Counting Crows shares his picks.

Counting Crows frontman Adam Duritz spends much of his time devouring new music. “There’s this record store in London that Immer [Counting Crows guitarist David Immerglück] and I would visit every time we were on tour in England,” he recalls to Consequence over Zoom. “We would spend one to two full days in that store. They would play us stuff we had never heard and we would buy everything.”

The UK holds a special place in Duritz’s heart, as both an obsessive music fan and a bandleader. In fact, Counting Crows’ new project Butter Miracle Suite One, out today (May 21st), found its birthplace across the pond. “A lot of the time it was just me, alone on my friend’s farm, with his dogs, and a small piano I had driven down from London,” Duritz says.

Butter Miracle Suite One, the band’s first release since 2014, is a four-track, nineteen-minute whirlwind through the life of a music fan called Bobby and his band The Rat Kings. From the sparse waltzing chords of “Tall Grass” to the very last bars of “Bobby and the Rat Kings,” it’s an emotional ride, filled with heartfelt honesty. The album depicts amusing snippets of a life on the road, and proves that sometimes, rock ‘n’ roll is the only thing holding you up.

“Maybe there’s a little of Bobby in me,” Duritz explains. “With ‘Tall Grass,’ it starts very simply, and it builds into something more melodic. There’s this line, ‘I don’t know why. I don’t know why.’ Then I changed chords and started singing, ‘Bobby was a kid from around the town,’ and I thought, ‘Well, hang on, that’s a different song,’ and it just flowed so well.”

Indeed, the songs offer glimpses of a world sometimes glamorous but often misunderstood by many. As a listener, immersing yourself in these five tales of someone reaching for a dream — and making it happen — feels like picking up a novella and devouring the well-worn pages that others have read before you. “I thought, ‘What if I wrote a suite of songs, so that the end of one was the beginning of next?’, and I was really excited about it,” Duritz says.

Below, Duritz takes Consequence through the records that he feels everyone should own. Naturally, Duritz recommends everyone pick up a copy of Butter Miracle Suite One; otherwise, here are 10 records that have excited and influenced him over the years. 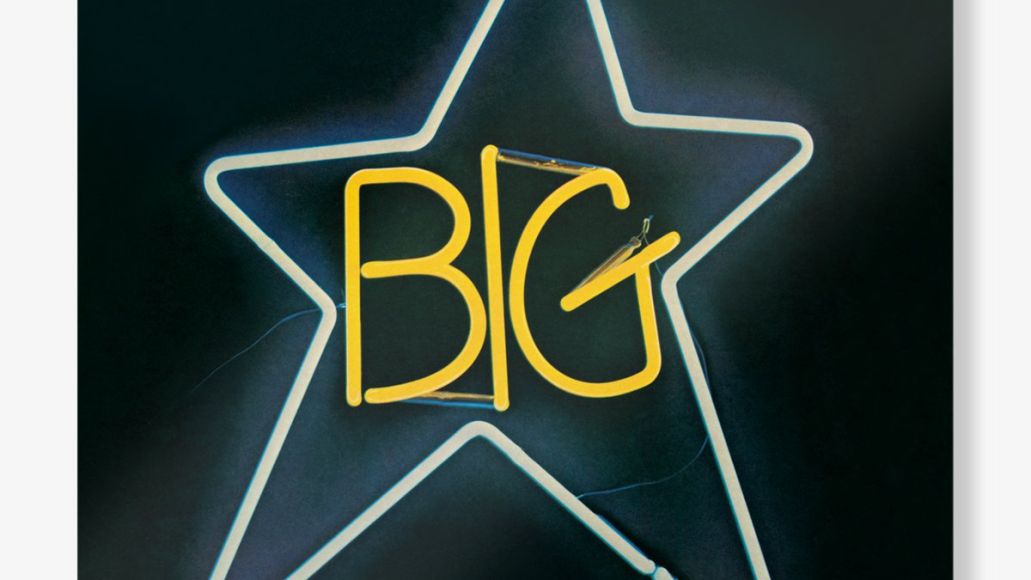 “Nothing affected me as much as Big Star. It was only a few years after The Beatles. They sound like this mix of The Beatles and Cheap Trick and this thing that we don’t know exists yet because you’re not going to hear it until college radio in the ‘80s, when people start singing these songs with a vulnerability and realness that is just very different from the way they sang before then, except that Big Star was doing it before then. There is no Replacements, there is no REM, none of those bands exist without Big Star. They were massively influential and they changed me as well. This was a very important record, not when it came out but in many years that followed. It is what my life is all about. Records have had an impact in ways that other things haven’t.” 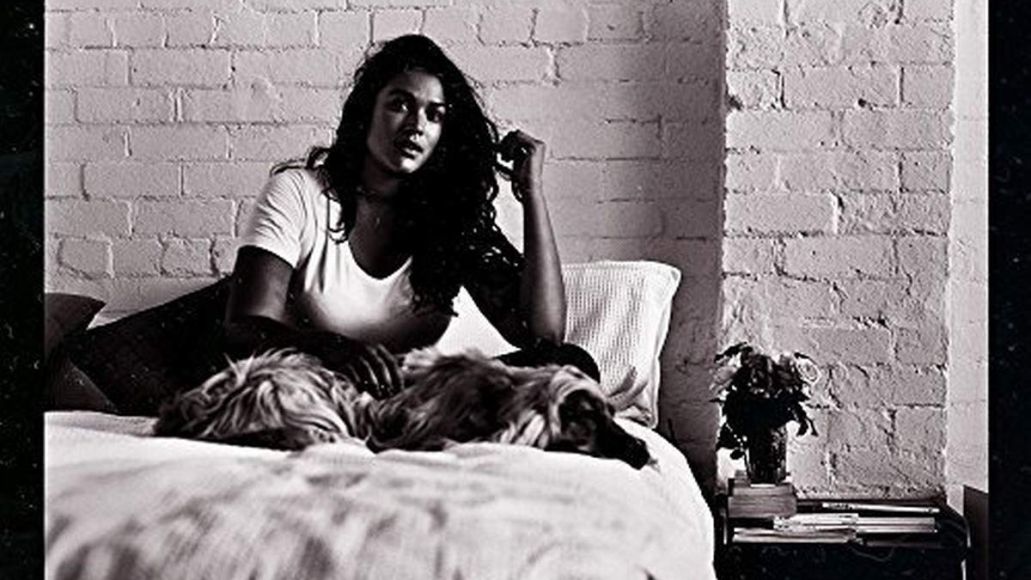 “It flipped me out how good this record was. David Le’aupepe, the lead singer and I, started corresponding and I went to see the show. It’s one of the best shows I’ve seen in a decade — it transported me. After the show we went backstage and really hit it off. Dave is one of my closest friends now, along with Chris Carrabba [of Dashboard Confessional] and our friends Seán Barna and Matt Sucich. We sing on each other’s records; I sang all over the new Gang of Youths record, and then they scrapped it. I’m going to have to go back after the pandemic and sing more. I’m happy to be in the studio with those guys, I think they’re the best band on the planet right now. Their live show, the song-writing, the passionate performances, the power of that live show, I haven’t seen anything like that since some of my early Springsteen shows. There is an emotionality and a punk sensibility.” 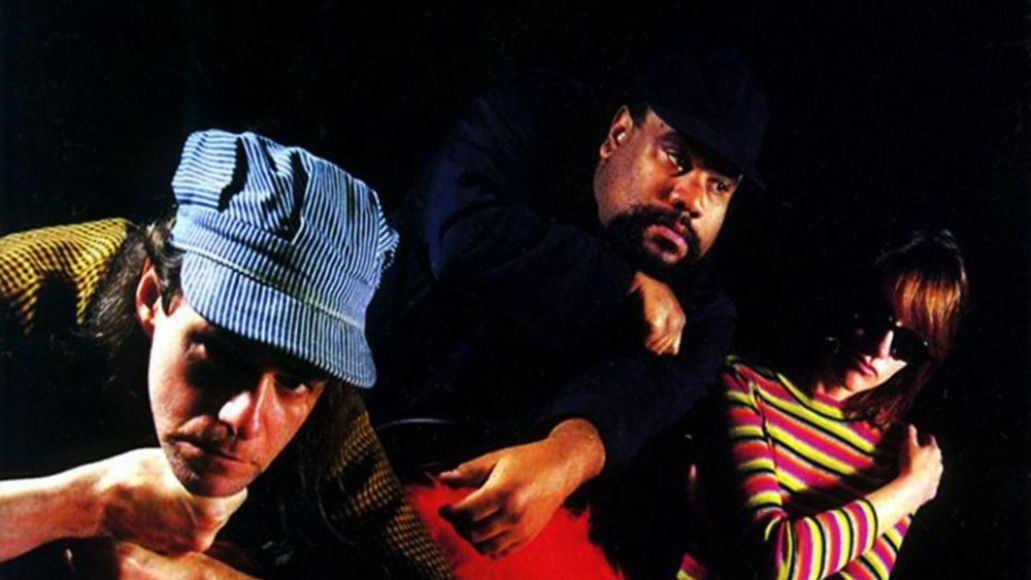 “This is the kind of record The Beatles would have made if they were current in 1995. There’s strings and horns like you’d see with a band like The Left Bank. Melodies that are impossible to get out of your head. It’s all told from the perspective of this black kid who grew up in L.A. and then went to live in Berlin. It’s a very unique voice. He’s brilliant, maybe one of the best songwriters I’ve ever known. While no one was listening to the records, critics were saying he’s the best songwriter alive and I don’t disagree with them. The records he made as Stu and as The Negro Problem are impossibly good and I’m still obsessed with them. I keep multiple copies of all his records and if friends are over and we’re talking about music, I’ll just give them to them. He’s as much influenced by Sly Stone as Paul McCartney and Burt Bacharach. He’s a musical polymath and he’s got it all in him.” 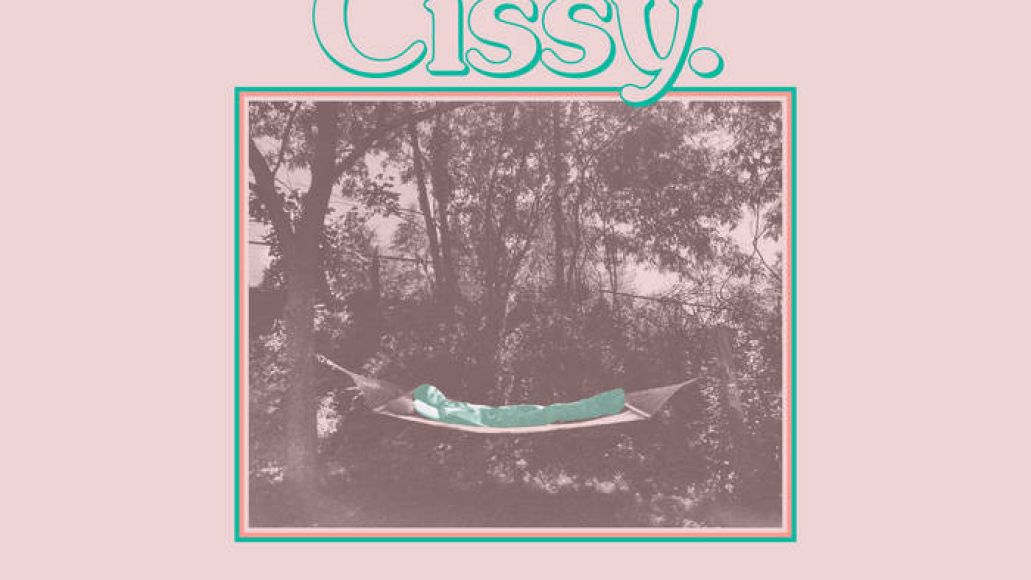 “This is amazing glam, it’s somewhere between Bowie and Mott the Hoople, the experience of a young man being gay in America. It really reminds me of The Velvet Underground, of Ziggy Stardust-era Bowie. It really blew me away, it’s a unique perspective. It’s one of the best records of the last five years. Cissy was a huge influence on Butter Miracle. We were about eighty percent done with our record, apart from backing vocals. I sent Dave Drago — who produced both records — the record, and for the next month over the phone and on Zoom, he and I did all the background vocals for this record. Cissy is important. People should hear it. It’s about his life as a gay man but it’s for everyone, it’s about loving people. It paints a world about living in New York at that time that is so fleshed out and powerful. It has a real sense of the time and the place and the people.” 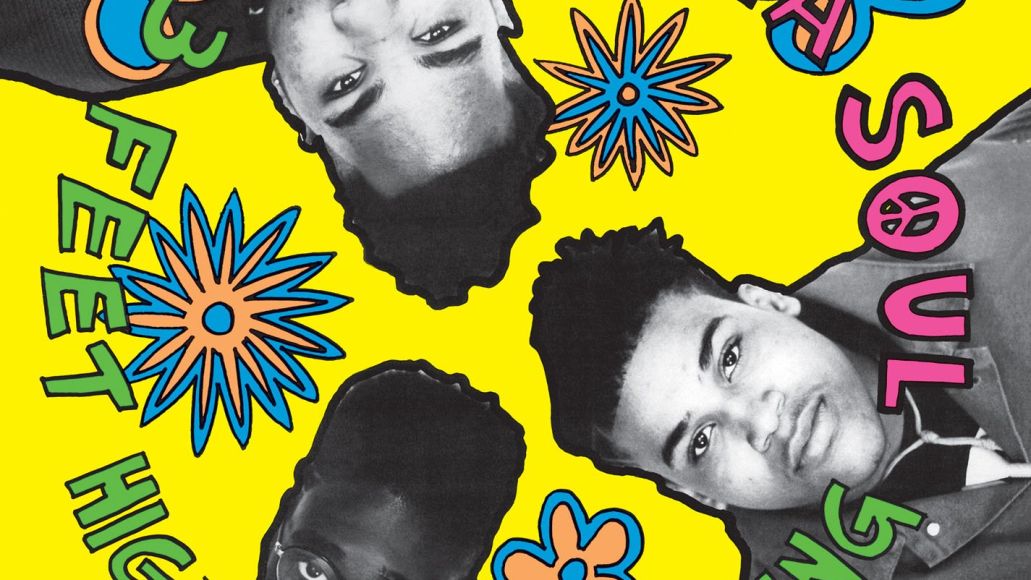 “It doesn’t matter whether you like hip-hop or not, this record is so melodic it doesn’t matter. It’s the most creative use of sampling, in same way that Van Gough or Monet paint. It’s a patchwork tapestry of a million songs. They were in New York, making music about life in New York. It’s really for everyone. They’re telling you about their life but it doesn’t shut out anybody else. 3 Feet High, when I first got it, I couldn’t take it off. I was planning a trip around Europe and earning money landscaping. For eight hours a day, I did nothing but listen to this cassette, until it wore out and I had to buy another one. It’s like in a Dixieland jazz band, where all the instruments seem to be soloing but it fits together somehow. [This record] made a change in my mind about how you could write and how bands could play — it changed the way I wanted to create music.” 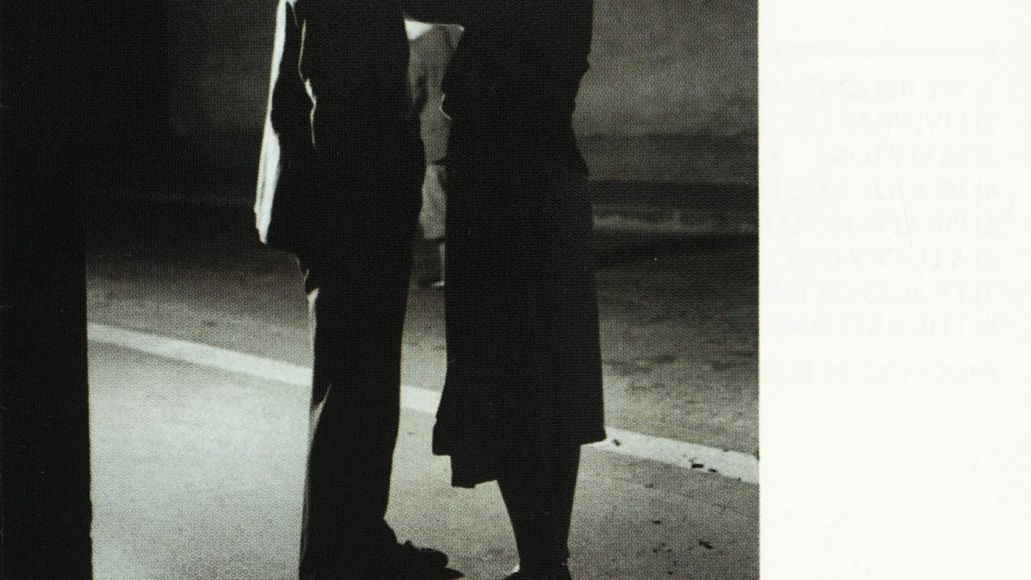 “Pirates was huge to me because in the same way Springsteen captured New Jersey, Rickie Lee Jones made these huge soundscapes, she captured Hollywood and the maybe drugged-out and heroin-ed out L.A. of the time, in a way that was truly magical. You can hear it in Palisades Park, how much we picked up from her. You hear in Butter Miracle Suite One, that ambitious melding together of material. I got so much from her; in her band there’s jazz and swing but there’s also incredibly fragility in her vocal, you could hear the cracks in her voice, it taught me so much about singing. I wanted to make records that were worlds that you could get lost in. That’s what you get on Pirates.” 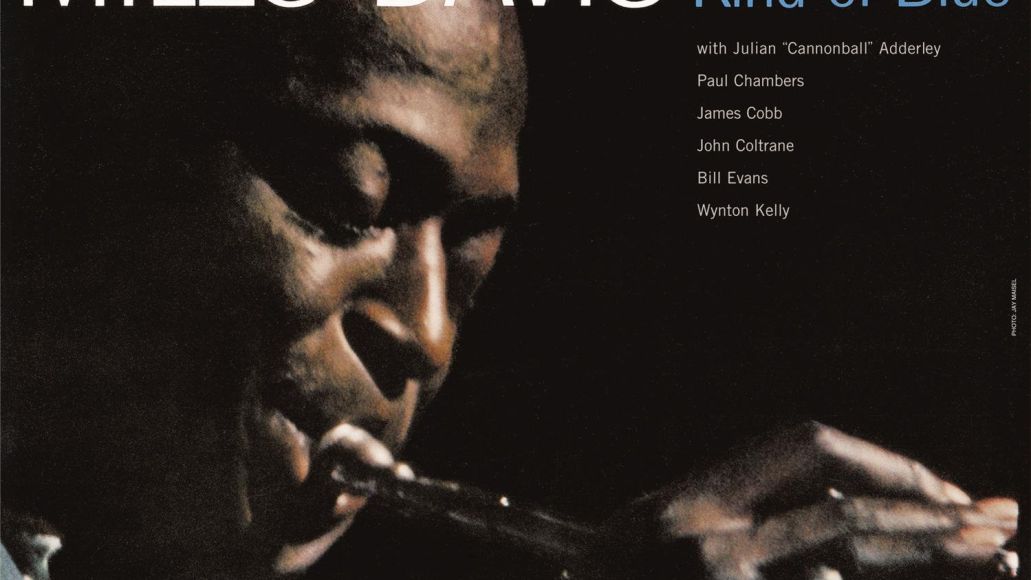 “Kind of Blue is the best record anyone’s ever made. He’s bizarre, because most people don’t break new ground in their career, you can be a great artist and never break new ground. He did it six times in his career, completely new movements in music. The band on that record — Cannonball Adderley, Wynton Kelly, Coltrane — it’s incredible. The songs are musical ideas. They never rehearsed them, he just sort of told them the ideas and the chords involved and they started playing. Part of it is the strength of the soloists too, certainly when you’ve got Coltrane, Cannonball Adderley and Miles on a record. It’s also about the groove and the rhythm. It is impossibly listenable — so easy to listen to and yet so avant-garde. It is effortlessly and infinitely timeless.” 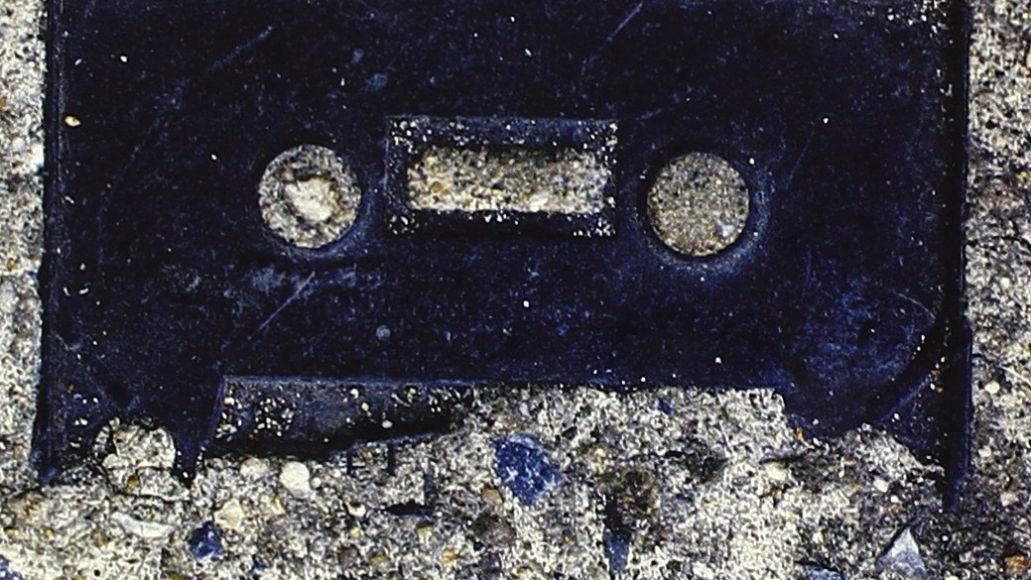 “This is the album that really brought emo to the world in a lot of ways. They [Dashboard] brought Gil Norton in for that one, who produced Recovering the Satellites for us. I remember thinking, ‘This band worked with Gil, I wonder what it’s like?’ Then being really blown away by his willingness to really put it all out there. Chris Carrabba had been writing acoustically by himself and writing these incredibly emotional and heartfelt songs at a time when I think most of music had moved into a sort of cynical vibe. He brought back earnestness and unapologetically brought back baring yourself. It’s a true and detailed portrait of those nights when you fall in love; those nights when you stay up all through the night with someone out in the world. It’s an amazing work to me and it very powerfully brought back that it was cool to really feel things again. I remember I was watching the band from backstage and it’s like this wall of people singing every word, you can’t even hear the band. It’s life-changing, like music should be.” 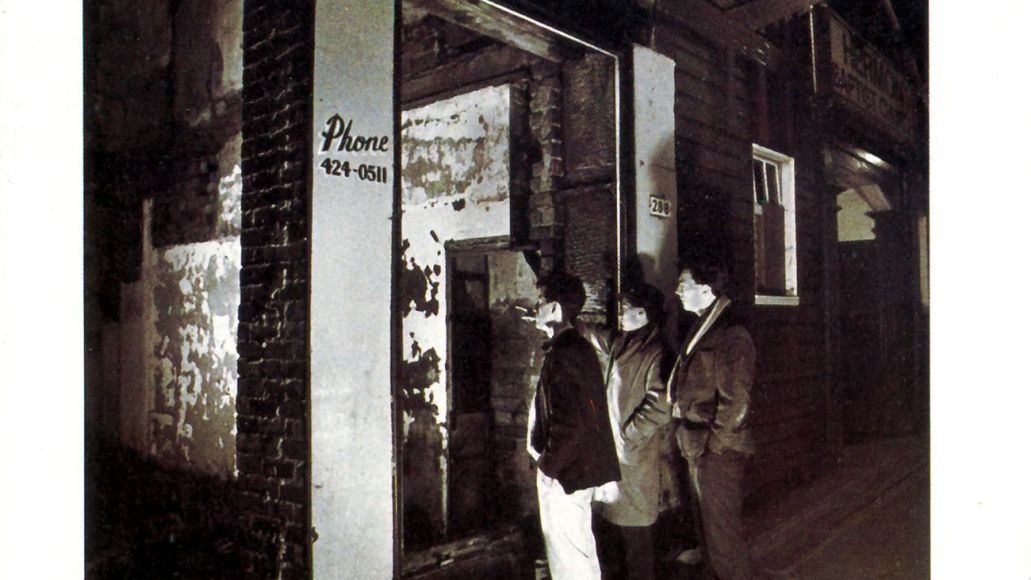 “I didn’t know this at the time, but they were actually hired to create something on a new synthesizer system to show how good it was. They made this whole album that was so good people signed them and they put it out. It was possible to get really tired of synthesizers in the ‘80s, music was changing. There were a lot of cool things about New Wave and synthesizers were really cool but it was possible to use them in a boring way. The Blue Nile Came along and it was like painting cinema on tape. The first song is ‘I Walk Across the Rooftops.’ He paints these portraits of cities at night, which have always affected me. He paints this portrait of Dublin from the sky and it’s so powerful. My thought at the time was, ‘Oh, this is what synthesizers are for this is what they should be used for. This is like an orchestra but it’s three guys.’ People think the album will be cold, because it’s a synthesizer record, but it’s not — it’s warm and moving. It’s like The Beatles without the guitars.” 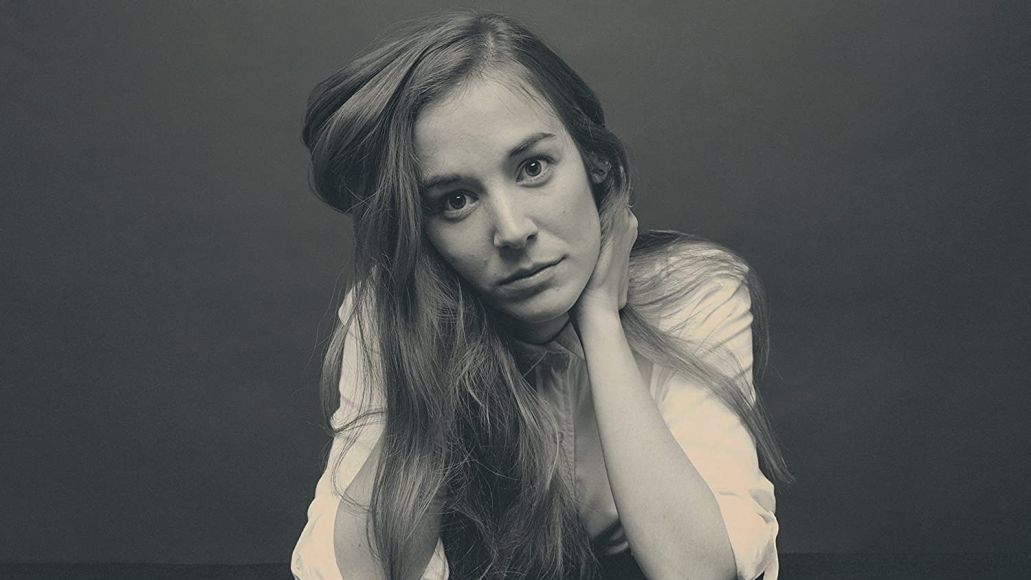 “Aside from being a great songwriter and a really unique, great singer, she is an outrageous guitar player. She’s outrageous and incredibly original and daring. She’s as good a guitar player and as original a guitar player as anyone nowadays. She doesn’t play anything like Jack White, but I would very much compare her to Jack White in terms of the originality and the melodicism that is integral. She’s like PJ Harvey mixed with a different kind of Jack White.”