To understand who Bill Withers was, it’s almost unnecessary to listen to a single note of his debut album, Just as I Am. Every aspect of his worldview is right there in the photo of Withers that graces the front cover of that LP, released in May 1971.

Through photographer Norbert Jobst’s lens, Withers is found leaning up against a brick wall, allegedly at the factory where the soon-to-be legendary singer-songwriter clocked in every weekday to install toilets in commercial airliners. In his right hand, he carries a sturdy lunchbox. The left pocket of his jeans bulges with what looks to be a pack of cigarettes — the kind of indulgence that allows folks to step outside the drudgery of the day job for a few precious minutes. Withers peers right at the camera, with an expression of bemusement, disbelief, and a little bit of distrust.

“I don’t take much of it seriously, you know?” Withers told New York Times journalist Clayton Riley in 1972. “I mean, look, I’m really a factory worker. That’s a real job. This thing I’m doing now, hey, it’s a break, just a break. I don’t expect to be here very long.”

At the time of that interview, Withers had just released his second album, Still Bill, and had landed two singles in the Top 10 (“Ain’t No Sunshine” and “Lean On Me,” the latter of which was his sole No. 1 hit) and a Grammy award. Even with the doors of the cultural world flying open for him and money pouring into his bank account, Withers never lost that feeling that he would eventually have to return to the assembly line.

And when he was in the early throes of his successful career, Withers wasn’t that far removed from his day job. He’d already lived a full life up to that point. Prior to cutting his first album, the Virginia native spent nine years in the Navy, narrowly avoiding conscription to Vietnam. After reaching Los Angeles in 1967, he was working for Lockheed Aircraft. He didn’t release his debut album until he was 33. His emergence into an already rich community of R&B and soul artists and rapid rise through the ranks felt, to him, like a happy accident — something to be enjoyed but of which to be wary. 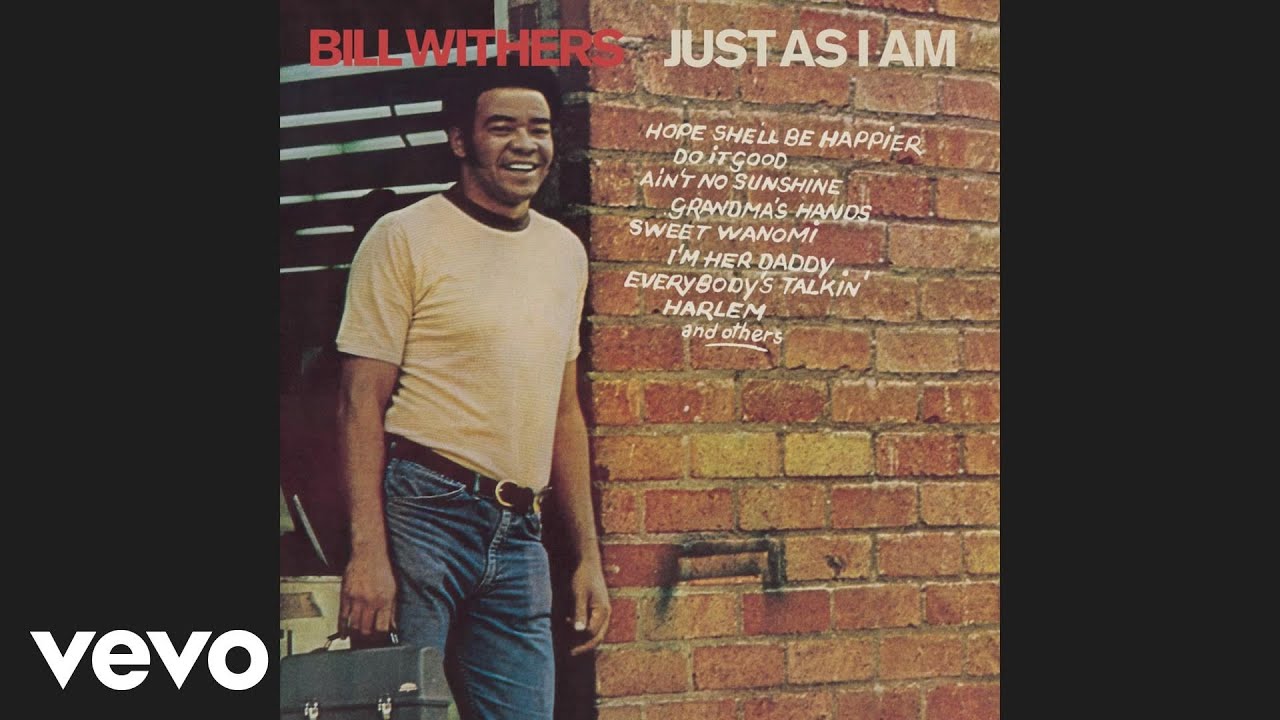 His age and temperament are necessary to understand Just as I Am, and its success. The material Withers recorded for his debut is mature — the sound of a man quietly settled into adulthood and looking back on his life and relationships with warmth and regret. He skipped over the songs of starry-eyed romance and world crumbling down breakups that his contemporaries like Stevie Wonder and Curtis Mayfield trucked in early in their careers.

Withers came out of the gate with songs of social consciousness (“Harlem”), reflections on the Black experience (“Grandma’s Hands”), odes to brief sensual pleasures (“Sweet Wanomi”, “Moanin’ & Groanin’”), and ruminations on loss that could be sweetly melancholy or unrelentingly bleak.

The stature of Just as I Am belies the humility of the music on it. Withers was a proudly untrained musician who tended to write material that used simple chords and structures. Though it warmly glows with the soul and funk of the times, the songs are rooted in the talking blues of decades earlier. WIthers uses repetition liberally to flesh out songs that tend to deliver a message directly and free of showy language before moving on.

The most famous and successful songs on Just as I Am — “Ain’t No Sunshine” and “Grandma’s Hands” — are also the album’s shortest. The former is a pure lament that centers on a bridge that finds Withers repeating the words “I know” over and over again like a mantra or a drunken apology. And in the latter, Withers shares a world of loving details about his family’s matriarch (“Grandma’s hands soothe the local unwed mother/ Grandma’s hands used to ache sometimes and swell”) in just three short verses while the music quietly simmers beneath him. Withers is the poet laureate of the everyman. His simple plainspoken turns of phrase are still echoing through the modern sounds of soul and pop some 50 years later.

Being a new artist, Withers had to make concessions for the marketplace of the times with a mind toward drawing in suspicious listeners. But it was those decisions that helped enrich and reinforce the wonders of this album.

For this debut, he covered a pair of modern pop standards and turned them both inside out. With the help of Booker T. Jones, Withers turned Harry Nilsson’s “Everybody’s Talkin’” into a soulful strut and an anthem of defiance as he sets his course for where the sun is shining and he can get lost in his thoughts. “Let It Be”, on the other hand, is given a Pentacostal makeover with Jones’ organ whorls and a tambourine slapping and dancing through the sanctuary. Placed among Withers’ poignant and heartfelt originals, they only serve to reinforce the brilliance of his songwriting.

Withers’ label Sussex Records didn’t take any chances on their untested talent, sending him into the studio with a murderer’s row of session players. Jones, who produced the album, brought along his fellow M.G.’s Donald Dunn and Al Jackson for part of the sessions, and included drummer Jim Keltner and bassist Chris Etheridge as well as Stephen Stills for the rest.

To Jones’ credit, his arrangements were minimalist — not overpowering Withers’ guitar playing, but recognizing the power in its clarity and complementing it. Even the string parts Jones wrote for the album are deeply considered and supportive, bemoaning the singer’s romantic fate or blushing with lustful intent.

The success of Just as I Am meant that Withers didn’t need to make such concessions again. Though he was mostly happy with the album, there was enough he didn’t like that he exerted a firmer hand on his subsequent Sussex work. There would be no more covers and session players that he didn’t personally vet. “I work a little more independently now, with my own musicians, with just my own songs,” Withers told Riley. “Too many Black artists get conned into doing so called standards, songs by White writers who make the big money while the recording artists go hungry. I’m very particular about whose work I record, that’s why I do my own songs in my own way.”

He would hold true to that, even as his music leaned into the then-current sounds of disco and soft rock. And his independent streak encouraged him to walk away from his musical career in the ‘80s, lest he be forced to continue butting heads with indifferent executives and various record company stooges. Withers stayed that course right until the end of his life last year.

His unwillingness to play the game kept Just as I Am, and his other early albums, out of the larger conversation about great soul albums until very recently. Still Bill, the documentary about Withers, helped fuel this reevaluation, as did the arrival of Soul Power, a 2008 film about the music festival held in Zaire in 1974 to accompany the famed Rumble in the Jungle that included a performance by Withers. And, of course, the hits, which never went away thanks to their countless appearances in films, TV series, and commercials.

Whatever it took to get them there, listeners are finally embracing the dignity and wisdom in Withers’ unaffected expressions of pain, pleasure, and solemn grace.

Just as I Am Artwork: 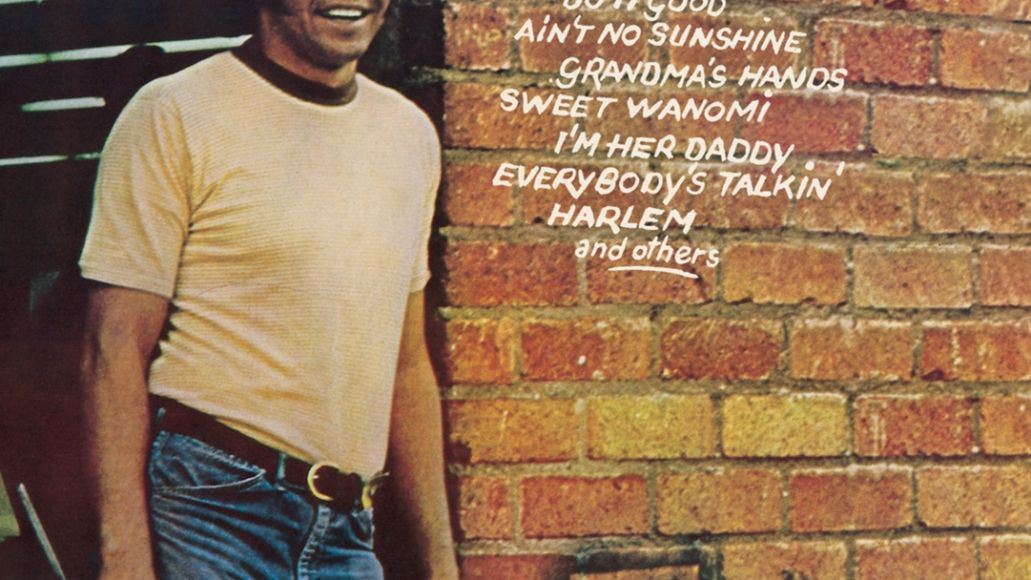