Front 242, CLIPPING., and Stabbing Westward are set to headline the 2021 edition of the Cold Waves. The three-day industrial festival kicks off on September 24th and will be held at the Metro and Smart Bar in Chicago.

Cold Waves went virtual last year after the pandemic hit, but returns to in-person festivities for its ninth edition. The announcement is certainly great news for dedicated fans, as its one of the premiere North American fests representing the industrial, darkwave, and noise genres.

In addition to the headliners, the bill includes Canadian industrial legends Consolidated, hip-hop group Dalek, and EBM duo Youth Code, among others.

The annual festival began as a tribute to local Chicago sound engineer and musician Jamie Duffy, who passed away in early 2012. Numerous “cold wave” industrial artists participated in the tribute, hence the festival’s eventual name.

Cold Waves also doubles as a fundraiser for Darkest Before Dawn, a Chicago non-profit charity that raises money and awareness for service industry and music venue staffing communities — a high risk demographic for drug addiction, depression, and suicide. A portion of the fest’s proceeds support the charity.

Check out the full lineup poster below. For more information and to purchase passes, visit the festival’s website. 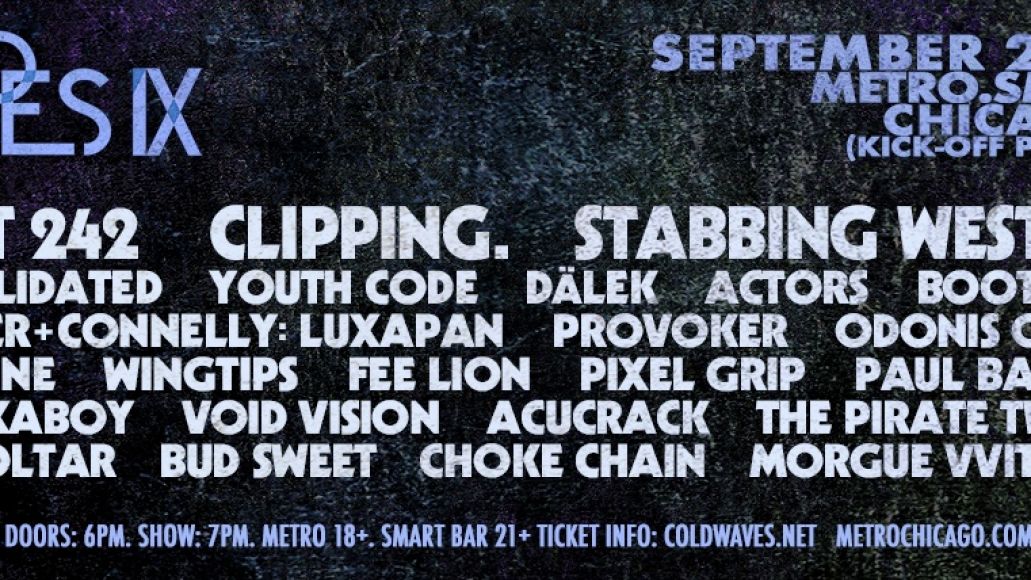