Death Cab for Cutie have announced a new album, Live at the Showbox, out May 7th as a Bandcamp Friday exclusive. It will be available for only 24 hours and a portion of the proceeds will benefit NIVA (National Independent Venue Association). The LP will then receive an official release later this year.

As the name suggests, Live at the Showbox was recorded during a three-night run of shows at Seattle’s Showbox prior to COVID-19. Taking place February 24th-26th, the run supported the “Save the Showbox” campaign to secure landmark status for the historic theater. During their set, Death Cab performed songs spanning from their 2000 second studio album, We Have the Facts and We’re Voting Yes, through 2018’s Thank You For Today.

“Like so many other artists, we expected to play a lot of shows in 2020. To gear up for the year ahead, we decided to warm up by playing an intimate, three-nightstand at a venue that’s near and dear to our hearts — the Showbox in Seattle,” Death Cab for Cutie said in a statement. “Well, 2020 didn’t quite turn out as we had planned — but happily those three magical nights last February did, and we’re glad to say that we had them recorded.”

In late December, Death Cab released The Georgia EP. Much like Live at the Showbox, the covers project was initially available as a 24-hour Bandcamp Friday exclusive benefiting Fair Fight Action. They brought it to streaming services roughly one month later.

Come Friday, Live at the Showbox will be available for purchase here.

Live at the Showbox Artwork: 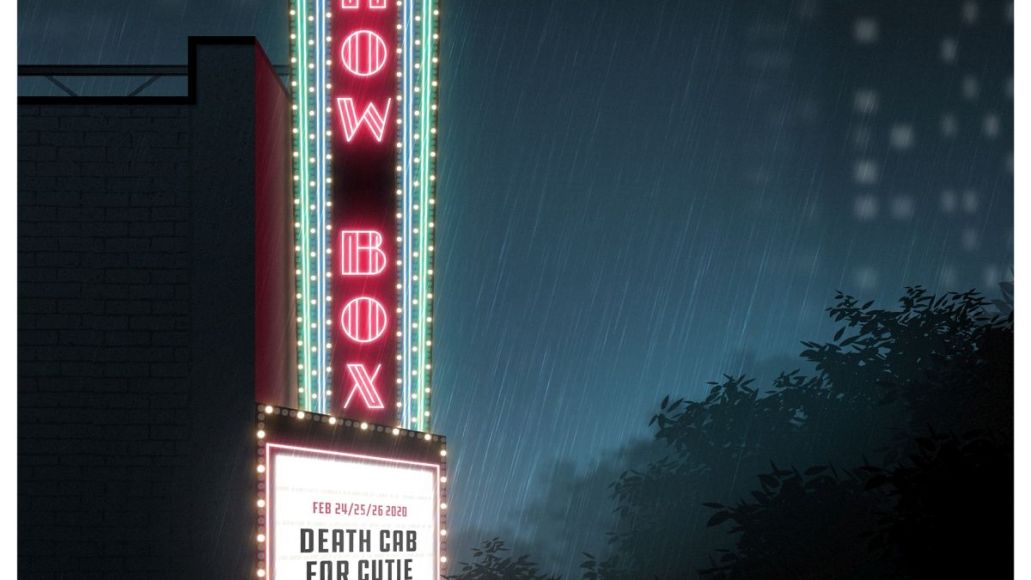