Glastonbury is holding a Live at Worthy Farm Livestream event this year in lieu of an in-person festival, and today the event’s organizers detailed the schedule. Additionally, several special have been added to the fold alongside previously announced performers like Coldplay, HAIM, and Damon Albarn on Saturday, May 22nd.

Filmed across the Glastonbury’s iconic grounds at landmarks including the Pyramid Field and Stone Circle, the virtual event will benefit Oxfam, Greenpeace, and WaterAid.

Live at Worthy Farm will broadcast across the world, with the initial airings staggered across four time zones. The UK, Europe, Africa, and the Middle East will get it first at 7:00 p.m. BT/8:00 p.m. CET, followed by the East Coast of North America and both Central and South America at 6:00 p.m. CT/7:00 p.m. ET. The North American West Coast stream will start at 7:00 p.m. PT, with Australia, New Zealand, and Asia getting their broadcast at 4:00 p.m. ICT/7:00 AET.

There is also be a limited edition lineup poster for sale, with proceeds supporting the live product welfare fund Stagehand.

Check out the schedule below. 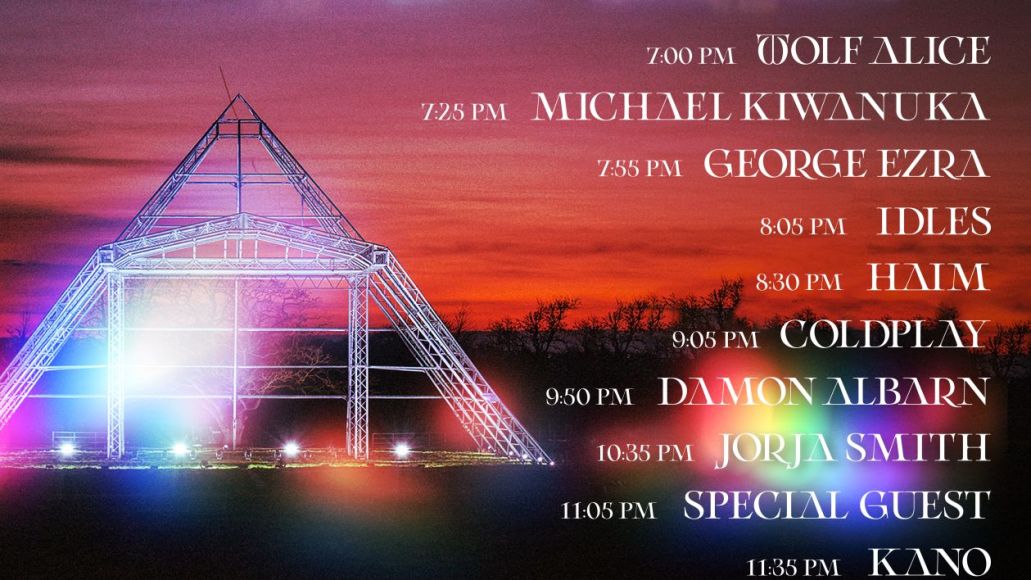