Some 27 months after its most recent staging, New York’s The Governors Ball Music Festival will mark its long-awaited return this fall — albeit at a brand new location.

Single-day and three-day general admission as well as VIP passes go on sale Thursday, May 6th through GovBall.com.

For the first time since 2012, Governors Ball will not take place at Randall’s Island. Instead, Founders Entertainment, the organizers behind the festival, are relocating to Citi Field, where they can offer attendees better accessibility via multiple transportation options, including the MTA’s 7 train line, the LIRR, and even car parking.

Additionally, the festival’s new grounds will be constructed in a 360° layout akin to what Founders did with The Meadows Music Festival in 2016. (Our own Ben Kaye said such a setup “made navigating the grounds a simple chore. No stage was more than five minutes away from the other, and they were situated in such a way that sound bleed was never a concern.”) Organizers are also planning to carpet the venue with high grade astroturf. Additional details about Gov Ball’s new venue can be found here.

Like most other major US festivals, Governors Ball was forced to cancel its 2020 festival due to the pandemic. As New York turns the corner in its fight against the coronavirus, the city’s mayor, Bill de Blasio, has given Gov Ball his blessing to return in 2021. “Building a recovery for all of us means reconnecting with the iconic events that make New York City the greatest travel destination in the world,” Mayor de Blasio said in a statement. “As more New Yorkers become vaccinated by the day, we’re proud to support arts and culture and welcome back Governors Ball and their fantastic lineup.” 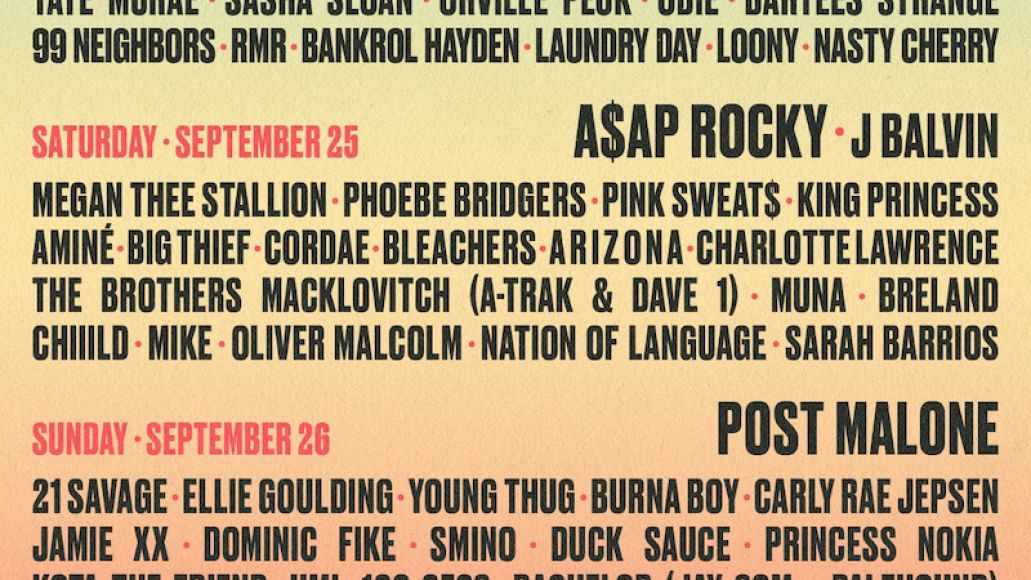