Slipknot are bringing an epic night of metal to their home state. The band has announced Knotfest Iowa 2021, a day-long festival taking place September 25th.

It’s being billed as the “biggest heavy music festival to ever hit” Iowa — and for good reason. The lineup is absolutely stacked, featuring Slipknot themselves, Faith No More, Megadeth, Lamb of God, Gojira, hip-hip duo $uicideboy$, Trivium, and Tech N9ne, among others. Megadeth will be performing with an as-yet-unannounced new bassist after firing longtime member David Ellefson on Monday.

“A home show is always insane, but a home ‘Knotfest’ show will be on a whole other level,” Slipknot’s Shawn “Clown” Crahan remarked in a press release. “Prepare. See you soon for the new reality. Stay (sic).”

The festival is being held 14 miles south of Des Moines at the National Balloon Classic Field in Indianola. Rounding out the bill are sociopolitical rockers Fever 333, hardcore acts Knocked Loose and Turnstile, death metallers Gatecreeper, and Vended, the band featuring the sons of Slipknot’s Clown and Corey Taylor.

In addition to the Knotfest announcement, Slipknot confirmed that they returned to the studio last month to begin work on new music. The press release promises “updates soon.” Previously, Clown had mentioned that the band had finally begun writing together after months of quarantine.

In the meantime, Corey Taylor is currently in the midst of a socially distanced tour in support of CMFT, his debut solo LP released last year.

Check out the lineup poster below. 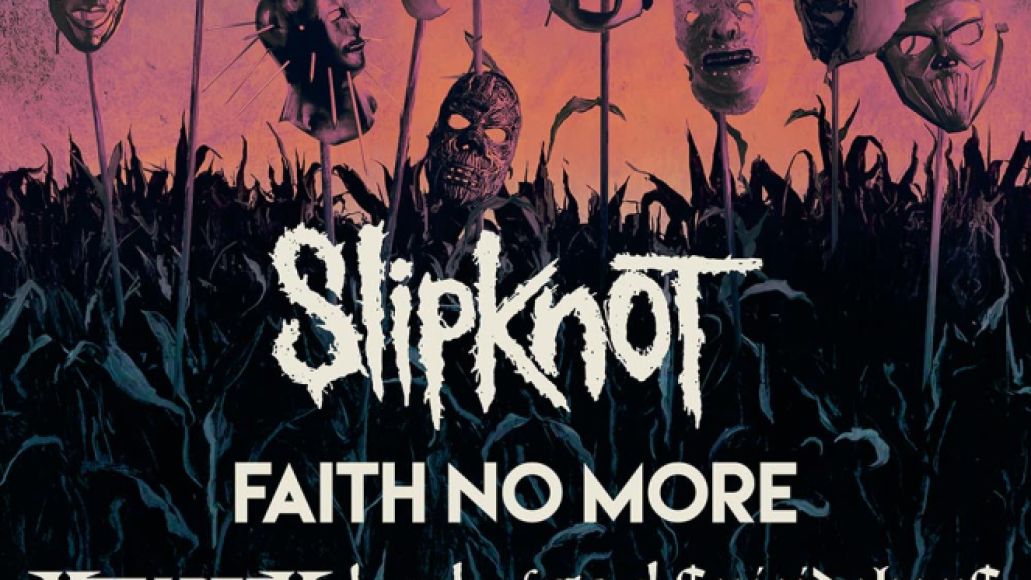