The lineup for the 2021 Louder Than Life Festival has been announced, and it features a stacked lineup that includes headliners Metallica, Nine Inch Nails, and Korn, along with Jane’s Addiction, Judas Priest, Snoop Dogg, Mudvayne, and many more bands.

The lineup is arguably Louder Than Life’s strongest yet, perhaps making up for the fact that promoter Danny Wimmer Presents had to postpone last year’s fest due to the pandemic. Taking place September 23rd-26th in Louisville, Kentucky, the event will feature Metallica headlining two nights (Friday and Sunday) with Korn topping the bill on Thursday and Nine Inch Nails closing out the evening on Saturday.

On Friday, Metallica will be joined by Jane’s Addiction, Rise Against, Gojira, Killswitch Engage, Fever 333, and several other acts.

And Sunday will feature Metallica coming back to close out the festivities, with Judas Priest, a reunited Mudvayne, Seether, Pennywise, Mammoth WVH, and Red Fang, among others.

“DWP has always considered Louisville home, so to be able to bring America’s Biggest Rock Festival back in 2021 means everything to us,” stated promoter Danny Wimmer. “After a year filled with challenge after challenge, we worked incredibly hard to curate a lineup worth the wait for our fans.”

He added, “Weather got in the way of Nine Inch Nails in 2018, the pandemic derailed our plans for two big Metallica sets in 2020 — so to have them both back for 2021, along with Korn and the rest of this incredible lineup over four days, that’s the kind of ‘new normal’ that we’re all looking forward to.”

Single-day tickets and weekend passes for Louder Than Life are available here. The full lineup can be seen in the poster below. 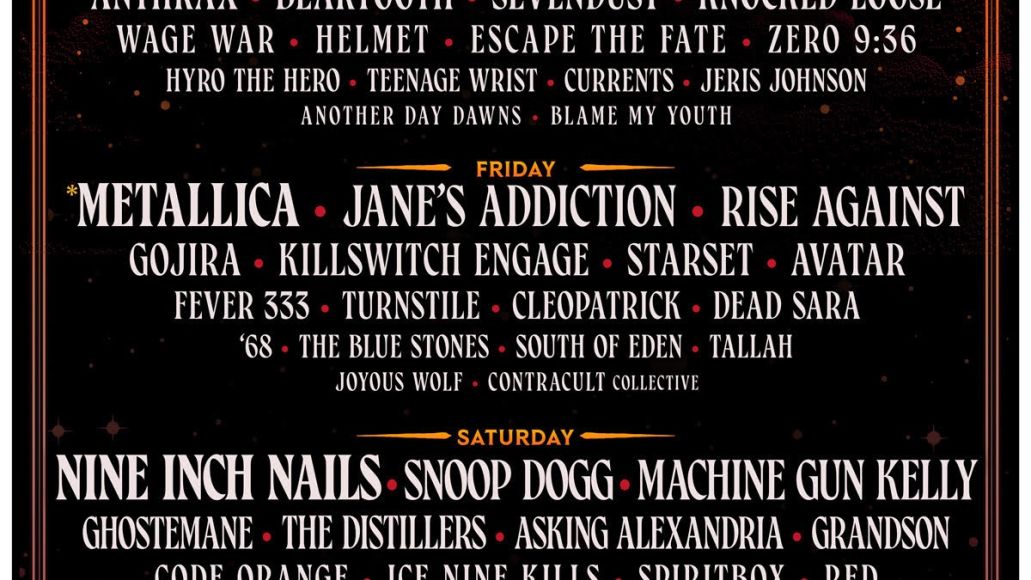