Among the four covers are takes on Dead Kennedys’ “Hellnation” and Ramones’ “Commando”, as well as “In Defense of Our Future” by D-beat hardcore innovators Discharge, and the haunting “Only Death” by anarcho-punks Rudimentary Peni.

“I always had some punk influences,” explained vocalist Attila in a press release. “I guess it comes from my childhood when we were constantly looking for more extreme music. That’s how I discovered Dead Kennedys, GBH, the Exploited, Sex Pistols, U.K. Subs, Discharge, Rudimentary Peni, and so on, in the early ’80s, alongside heavy metal. But then I discovered Venom, that was a game changer!”

The EP is an extension of the sessions for the band’s critically acclaimed Daemon LP, which was No. 1 on Heavy Consequence‘s list of the Top 30 Metal + Hard Rock Albums of 2019. “Voces Ab Alta” is the only previously unreleased original, while “Black Glass Communion” and “Everlasting Dying Flame” were included as bonus tracks on the aforementioned LP.

Another notable tidbit for Mayhem connoisseurs: Bassist Necrobutcher enlisted two of the band’s early punk-era vocalists, Maniac and Messiah, for guest appearances on the cover songs.

“My other contribution was to bring in two old members because of their obvious connection with punk: Maniac on the Dead Kennedys track and Billy (Messiah) on the Discharge track and some of the others,” Necrobutcher said.

Mayhem’s Necrobutcher: I was on my way to kill Euronymous myself

Mayhem also noted that this EP brings an end to the Daemon album cycle, an eventful one that saw Necrobutcher tell Heavy Consequence that he was on his way to kill Euronymous on the same night that Varg stabbed the guitarist to death in 1993. In the same interview, the band also decried the Mayhem biopic Lords of Chaos, saying, “It’s not a good movie.” Watch both portions of that interview in the player above.

The EP will be available in a variety of vinyl variants and can be pre-ordered via Century Media. Check out the artwork and tracklist below. 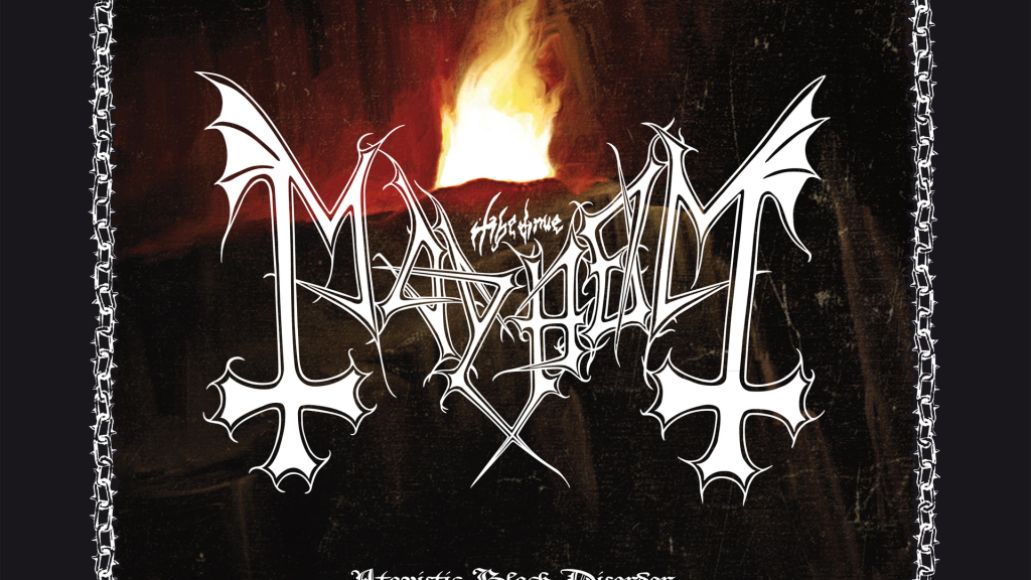