Tuareg psych-rock artist Mdou Moctar is one of the best guitarists of this current era, and now music fans around the world can experience what it’s like to watch him play from the comfort of a front-row seat. NPR just shared Moctar’s contribution to their Tiny Desk (Home) Concert series, and it’s available to watch in full below.

For his performance, Moctar broke out three songs from his brand new album, Afrique Victime, while sitting in front of a rose cloth backdrop outside. He opened with the rhythmic track “Ya Habibti” and then moved on to the hypnotic lead single “Tala Tannam”, during which he and his bandmates can be seen sharing smiles as they hit their groove. To wrap things up, he and his bandmates broke into a rousing seven-minute-long rendition of the title track, “Afrique Victime”, which includes several gut-busting guitar solos.

According to Mikey Coltun, the American bassist playing with Moctar in the video, the concert was filmed outside of the house they were all staying at in Niamey, Niger late last year. “As with any sort of musical happenings in the region, once some music is blasted, that’s an invitation for anyone to come join, sing, clap, dance, and just come together as a community,” Coltun told NPR. “We wanted to present the Tiny Desk exactly like this, from when we started playing to finally the energy growing with fans crowded around filming on their cell phones and passing around Tuareg tea.”

To celebrate the release of Afrique Victime, Mdou Moctar is hitting the road later this fall with his live band. The US tour will kick off with a performance at Bonnaroo on September 3rd. Tickets for his upcoming shows are on sale at his website, and you can look for deals here after they sell out. 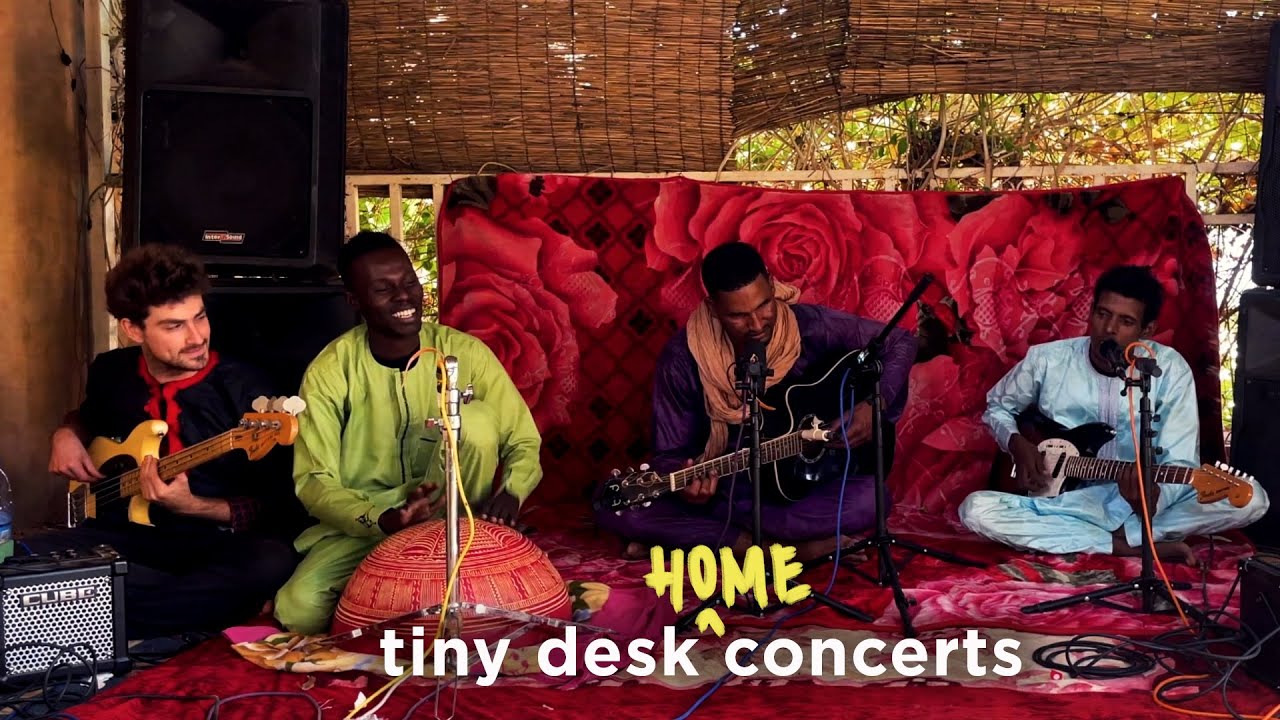