Barcelona’s Primavera Sound has rolled out its 2022 lineup. Having been forced to postpone its two previous editions due to the pandemic, organizers have gone all out by expanding the festival as a two-weekend event taking place in June 2022.

Massive Attack, Gorillaz, The Strokes, Tame Impala, and Tyler the Creator will perform at both weekends of the festival. Weekend one will also include Pavement, Beck, Nick Cave and the Bad Seeds, and The National, while weekend two will feature the return of Lorde (!), plus Yeah Yeah Yeahs, Dua Lipa, and Megan Thee Stallion. Update: Phoenix has joined the weekend two lineup.

Primavera Sound 2022 takes place June 2nd-4th and 9th-11th, 2022 at Parc del Fòrum in Barcelona, Spain. In between the two weekends, organizers will stage a number of concerts featuring many of the aforementioned acts at indoor venues in and around Barcelona.

Tickets to Primavera sound 2022 go on sale starting June 1st will be available in both single-weekend and two-weekend packages. 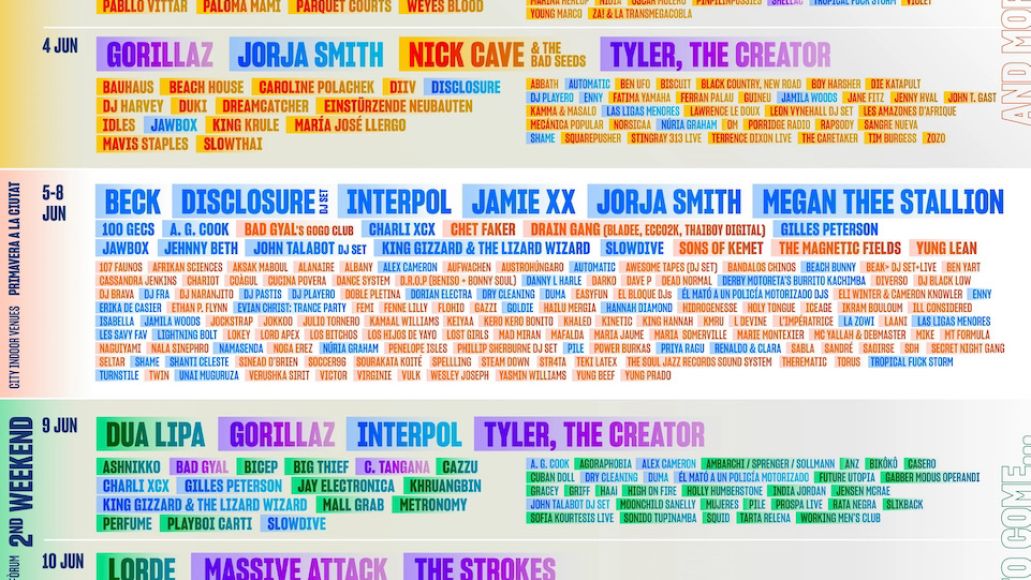