The newly revealed lineup is led by an eclectic group of headliners that include Miley Cyrus, Dave Matthews Band, Jonas Brothers, Chance the Rapper, Chris Stapleton with Sheryl Crow, and Zac Brown Band.

Update — May 26th: Megan Thee Stallion will make her Summerfest debut in a headlining performance on September 16th. She’ll be supported by Chicago rapper Polo G.

Tickets to Summerfest are now on sale through the festival’s website (note: tickets to the headlining performances at the American Family Insurance Amphitheater shows are sold separately).

Summerfest bills itself as “the world’s largest music festival,” with upwards of 850,000 people descending on Milwaukee’s Henry Maier Festival Park each year to watch 800 acts perform across 12 stages. Like other major US festivals, Summerfest postponed its 2020 installment entirely and pushed back its 2021 staging from its traditional July dates to September with the hopes that the extra two months would provide more of a cushion as the country slowly begins to put the pandemic behind it. 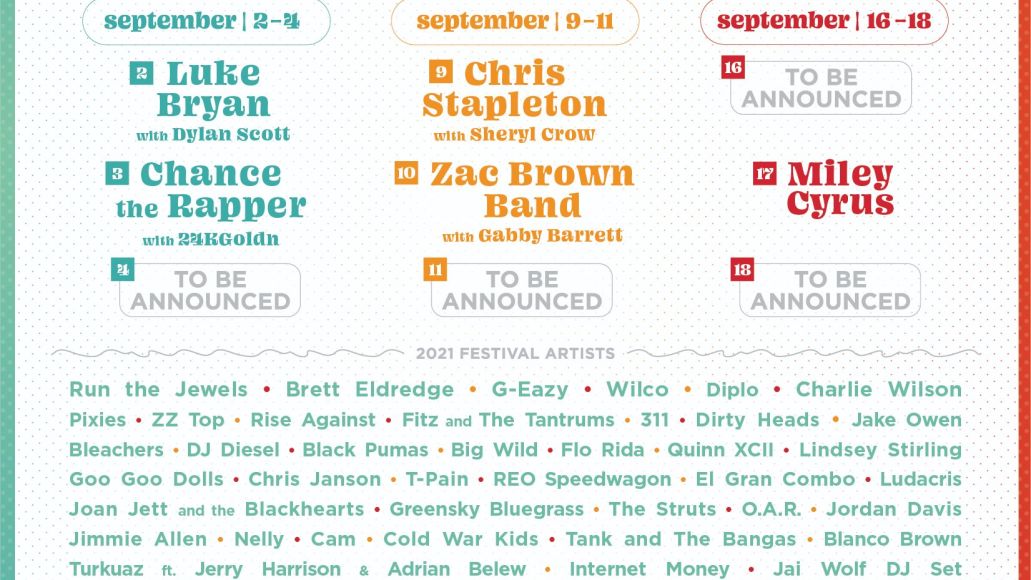 Nature Is Healing: Gathering of the Juggalos Returning in 2021