Toyah Willcox and Robert Fripp go nautical for their latest edition of “Sunday Lunch”, as the married couple take on the Heart classic “Barracuda”. The performance features Toyah dressed head to tail as a mermaid, with the couple once again joined by mystery guitarist Sidney Jake.

Perhaps Toyah was influenced by the literal meaning of “barracuda”, a ferocious fish with fang-like teeth. With a blue wig and full mermaid costume, the singer dives into her upper register for the cover of Heart’s 1977 hit, as King Crimson founder Fripp and the enigmatic Sidney Jake (sporting a Cannibal Corpse shirt) back her up on guitar.

The rendition of “Barracuda” follows up a couple of performances that featured Toyah covered in body paint from the waist up, including a take on The Rolling Stones’ “Satisfaction” and a version of Hawkwind’s “Silver Machine”.

Toyah and Robert’s “Sunday Lunch” performances truly went viral at the beginning of the year with a cover of Metallica’s “Enter Sandman”, featuring Toyah riding an exercise bike while wearing a see-through top. She has also worn a French maid getup (Motorhead’s “Ace of Spades), a cheerleader costume (Billy Idol’s “Rebel Yell”), and a naughty nurse uniform (Alice Cooper’s “Poison”), among other memorable ensembles.

Beyond the Boys’ Club: Nancy Wilson of Heart

Late last year, the couple rocked an eccentric rendition of “Paranoid” that led Black Sabbath guitarist Tony Iommi to tell Heavy Consequence, “I think this lockdown has drove them mental.” 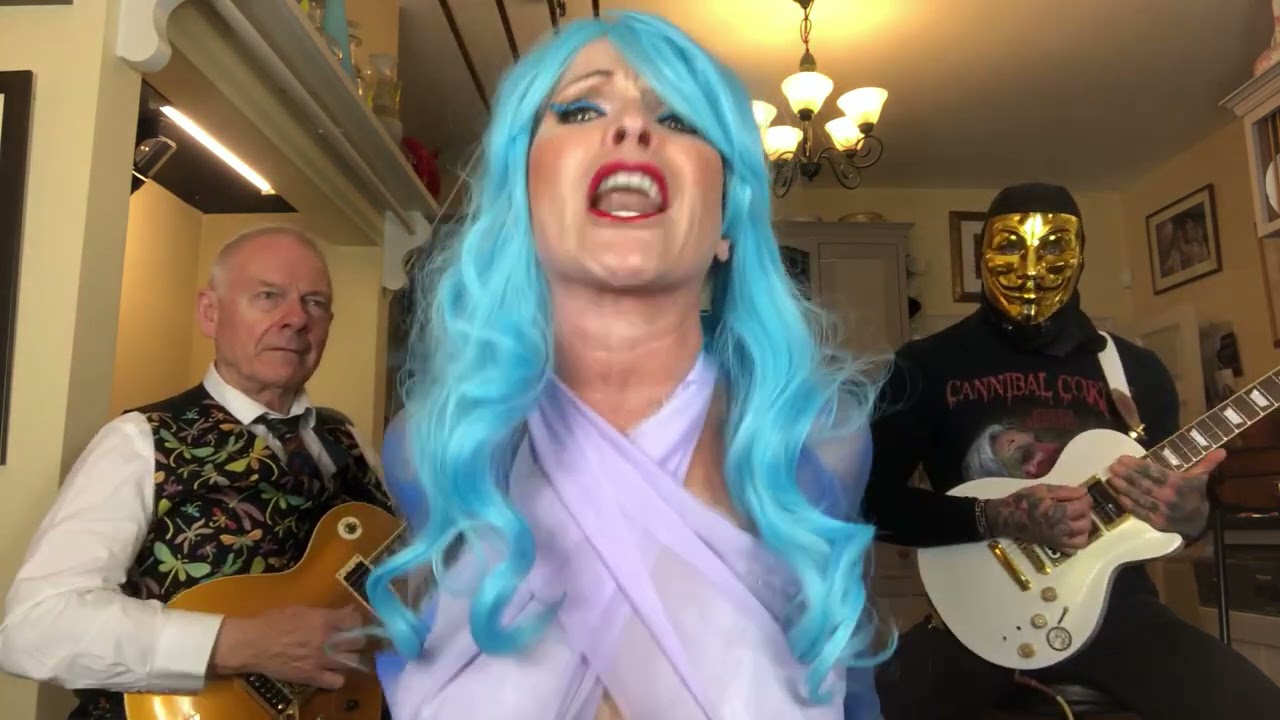