The Lowdown: We’ve spent the first months of 2021 wrestling with some truly difficult questions. How will the pandemic end? Can America recover from its increasingly violent political polarization? Is Weezer actually good again? While the answers to those first two are still forthcoming, the last one seemed more straightforward — upon its surprise arrival in January, the band’s 14th studio album, OK Human, delivered some of Weezer’s most lyrically confessional and musically adventurous songs in recent memory. That record largely succeeded thanks to its grounded relatability, two words which seem unlikely to describe the followup to OK Human.

Originally announced back in 2019 with the bombastic teaser single “The End of the Game”, Van Weezer finds Rivers Cuomo and company explicitly indulging in their shared lifelong love of ’80s hard rock and metal. Produced by frequent Fall Out Boy and Panic! at the Disco collaborator Suzy Shinn, the record is dedicated to the memory of Eddie Van Halen.

The Good: Weezer’s affinity for big-and-brawny classic rock has never been a secret; after all, Cuomo called Kiss his favorite rock group all the way back on 1994’s “In the Garage”. The best parts of Van Weezer embrace those vintage tropes with an energy that’s halfway between an earnest love letter and the sonic equivalent of a kid smashing together action figures of Sammy Hagar and David Lee Roth.

Giddy lead single “The End of the Game” is the purest distillation of those inspirations, an excessive rush of sweep arpeggios, crunchy power chords, and skyward background vocals polished to a high-gloss sheen by Shinn’s work behind the boards. Cuomo’s Peter Pan syndrome is put to good use on the rest of the record’s highlights, whether he’s delivering an all-timer of a chorus on the confused young man ode “Hero”, swooning his way through the subtly melodic love song “All of the Good Ones”, or resurrecting his own 25-year-old demo on “Shelia Can Do It” (a song originally written in 1996 about That Dog bassist Rachel Haden).

What do all of these songs have in common, aside from the multi-front guitar assault? Like the best bits of OK Human, they all come with an unguarded honesty that sees Cuomo embrace his own weirdnesses rather than burying it beneath lyrical artifice. That vibe is most apparent on “I Need Some of That”. On this sweet sequel to “In the Garage”, Cuomo and fellow guitarist Brian Bell finally get to indulge in all of the excesses that were out of fashion the first time around. As multi-tracked self-harmonies rise around him, Cuomo repeats a promise from his younger self that he’s managed to keep for three decades now. “Even if we blow up, we’re never gonna grow up,” he sings, and means it. Those two lines encapsulate everything that’s both frustrating and charming about Weezer’s long career, and make for a catchy chorus in the process.

The Bad: If you’ve heard the previously-released singles for Van Weezer, you’ve also heard 80% of the album’s good material before you’ve even had a chance to spin it. Aside from the front-loaded A-side and Pinkerton-era rehab job, the rest of the record fails to meet the frenetic promise of Weezer’s metal-era daydreams. Stripped of its context as an entry on the Bill & Ted Face the Music soundtrack, “Beginning of the End” sacrifices songcraft in favor of an “oops, all solos” approach that wears out well before the song’s three minutes are up.

Elsewhere, the band’s commitment to the “Weezer, but hair metal” conceit is further reduced to cribbed snatches of more famous songs of the era; eagle-eared listeners will recognize bits of Quiet Riot, Asia, and Blue Öyster Cult throughout “I Need Some of That”. While these quotations are fine in small doses, they’re not enough to build an entire song upon, as the band attempts on “Blue Dream”. What begins as a note-for-note recreation of Ozzy Osbourne’s “Crazy Train” quickly morphs into a Cuomo-ian riff on “Octopus’s Garden” that mostly invites an unflattering comparison to the much-superior source material.

Other times, songs fail for their own, original reasons. No matter if it’s intended as a face-value story of a young addict or a metaphor for an aging rocker looking for one more chart topper, “1 More Hit” features a 50-year-old Rivers Cuomo crooning “Pump it up into me, please daddy, please daddy,” and is thus simply unfit for human consumption. It’s a particularly eyebrow-raising entry in the infinite scroll of Cuomo’s groan-worthy lyrics, but it’s certainly not the record’s only contribution; in particular, the song-length simile at the heart of “Precious Metal Girl” concludes with a couplet so raspberry-worthy (“I don’t need to mine/ As long as you’re mine”) it should require a warning label.

The Verdict: At the end of January, it seemed like OK Human might be the high-water mark of Weezer’s recent output. With the release of Van Weezer, that hunch remains the same. Although Weezer’s shared love of (and debt) to the Sabbaths and Van Halens of the world is undeniable, their homages to those bands feel as scattershot as they are heartfelt. Longtime fans will find a space in their heart for both of 2021’s very different Weezer records, but casual listeners should opt for January’s eccentric confessions over May’s big riffs. After catching a glimpse of what latter-day Weezer can do when they push themselves creatively, it’s hard to go back to what they’ve been pretty good at all along.

Weezer’s Brian Bell on What Albums to Expect Next

Essential Tracks: “The End of the Game”, “I Need Some of That”, and “Sheila Can Do It” 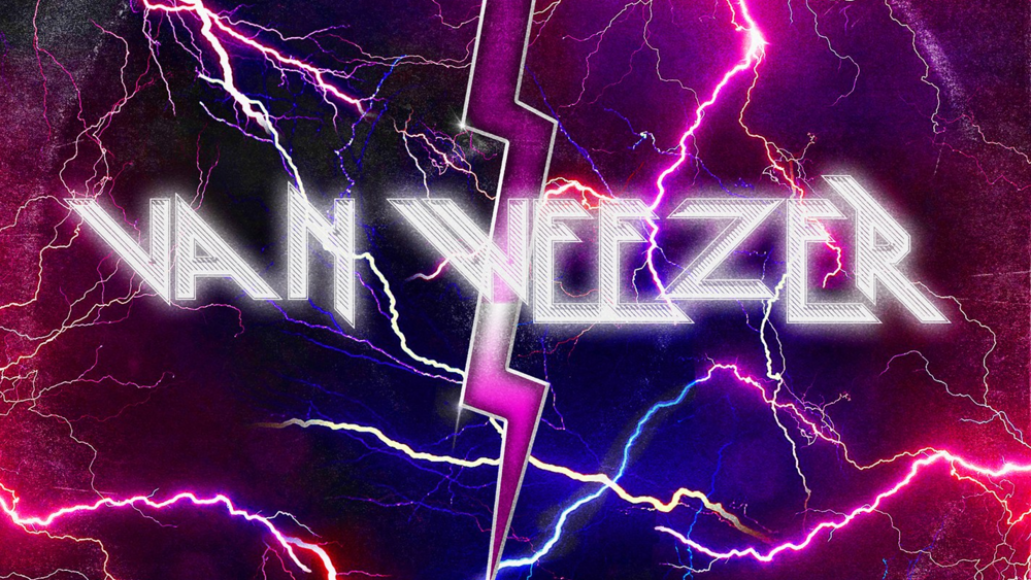