All Things Must Pass, the landmark triple-album recorded by George Harrison after the dissolution of The Beatles, is set to receive an expansive 50th anniversary edition. It’s out August 6th, and as a preview of things to come, the late songwriter’s estate has shared the previously unreleased track “Run of the Mill (Take 36)”.

The actual date of the 50th anniversary was November 27th of 2020, and Harrison’s team celebrated with a new audio mix for “All Things Must Pass”. Now, they’ve gone through and fleshed out the full two-hour collection.

This new edition was executive produced by George’s son Dhani Harrison, with product production from David Zonshine and mixing by Grammy-winning engineer Paul Hicks. Together they set out to make the album “sound brighter, fuller and better than ever before,” according to a statement.

There’s a precedent for disliking the original production by Phil Spector, and it started with Harrison himself. When working on the 2001 remaster, he wrote, “I still like the songs on the album and believe they can continue to outlive the style in which they were recorded.” He added, “it was difficult to resist re-mixing every track. All these years later I would like to liberate some of the songs from the big production that seemed appropriate at the time”.

All Things Must Pass was last remastered in 2014, but this iteration comes in several packages, each full of extras befitting half a century of music. The Uber Deluxe Edition is packaged in an artisan wooden crate with eight LPs, five CDs, one Blue-ray audio disc, and two books: a 96-page scrapbook curated by his widow Olivia Harrison, as well as a 44-page chronicle of the making of All Things Must Pass. For the superfan, the collection contains 47 outtakes and demos, including 42 that have never before been released.

The Super Deluxe Edition comes with the same package of LPs, CDs, and Blue-ray, but sans the wooden box and with only 60 pages of scrapbook. Besides that, the album will also be available as a double CD, triple LP, or limited edition three-disc color vinyl.

In a statement, Dhani Harrison spoke about the monumental task of remixing a classic album. He said,

“Since the 50th anniversary stereo mix release of the title track to my father’s legendary All Things Must Pass album in 2020, my dear pal Paul Hicks and I have continued to dig through mountains of tapes to restore and present the rest of this newly remixed and expanded edition of the album you now see and hear before you. Bringing greater sonic clarity to this record was always one of my father’s wishes and it was something we were working on together right up until he passed in 2001. Now, 20 years later, with the help of new technology and the extensive work of Paul Hicks we have realized this wish and present to you this very special 50th Anniversary release of perhaps his greatest work of art. Every wish will be fulfilled.”

You can hear that newfound clarity on “Run of the Mill (Take 36)”. Whereas the original washes over both ears in one towering wall of sound, this remastered outtake picks out each individual instrument, using the benefits of stereo technology for something more layered and delicate. Check it out below.

The 50th anniversary edition of All Things Must Pass arrives August 6th, and pre-orders are ongoing. If you’re in a nostalgic mood, be sure to revisit Bob Dylan’s recent 1970 set that features nine unheard songs with George Harrison. 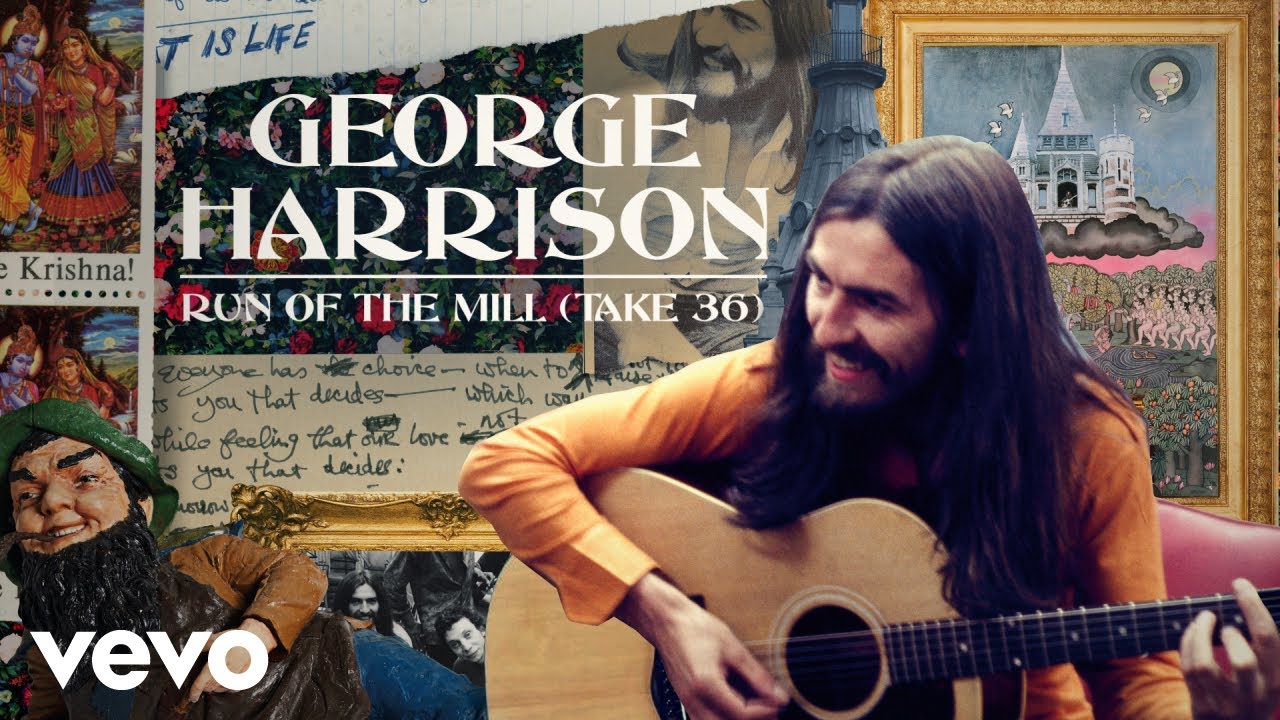