Even after a decade, Tyler, The Creator‘s music is still enigmatic. Consistently inconsistent in his approach and delivery, Tyler has made a career of keeping spectators on their toes and flipping convention on its head.

So fans had no clue if “LUMBERJACK,” released in mid-June with little warning, was a sign of things to come — or an anomaly produced by a guy who abhors labels and boxes. Turns out it was the former, as CALL ME IF YOU GET LOST, out today (June 25th), follows in the footsteps of its Gravediggaz homage of a lead single.

Draped in dizzying raps and flows, the West Coast native’s latest project reminds the world that hip-hop’s foremost trickster is really good at this rapping thing, despite his Big Loki Energy. Through his alter ego, Tyler Baudelaire, he’s produced what may very well be the best hip-hop album of the year.

CALL ME IF YOU GET LOST can be split into two halves. The first half, prominently featuring DJ Drama, is laced with the energy of one of Drama’s famed Gangsta Grillz mixtapes. There’s a certain quality and tone associated with the Philadelphia DJ, and Tyler delivers on all fronts. The Ladera Heights native keeps his verses tight over beats that echo Griselda’s boom-bap aesthetic through a relaxed California lens, and the soundscape gives Wolf Haley’s penchant for playfulness a sinister intent.

Tyler, the Creator Shares New Album CALL ME IF YOU GET LOST: Stream

The raps have the air of a man with the world at his fingertips who can spin it in any direction he chooses. Whether pissing off label execs or somebody’s significant other, Tyler has no regrets, because he’s a “bad person” and is at peace with those decisions. He understands the number of commas in his bank account affords him a degree of recklessness we mere mortals can only dream of.

The tough talk, bragging, and glamorous self-reflection carry the first 12 minutes of the album with speed more associated with track meets than hip-hop albums. The pace only lets up for a bit on the single “WUSYANAME,” a YoungBoy Never Broke Again and Ty Dolla $ign-assisted joint that sounds right out of the era of baggy jeans, Cross Colours, and when Marques Houston went by Batman (though Tyler generally opts to express a particular brand of dirty hedonism instead of going for the era’s soulful, gritty instrumentals). 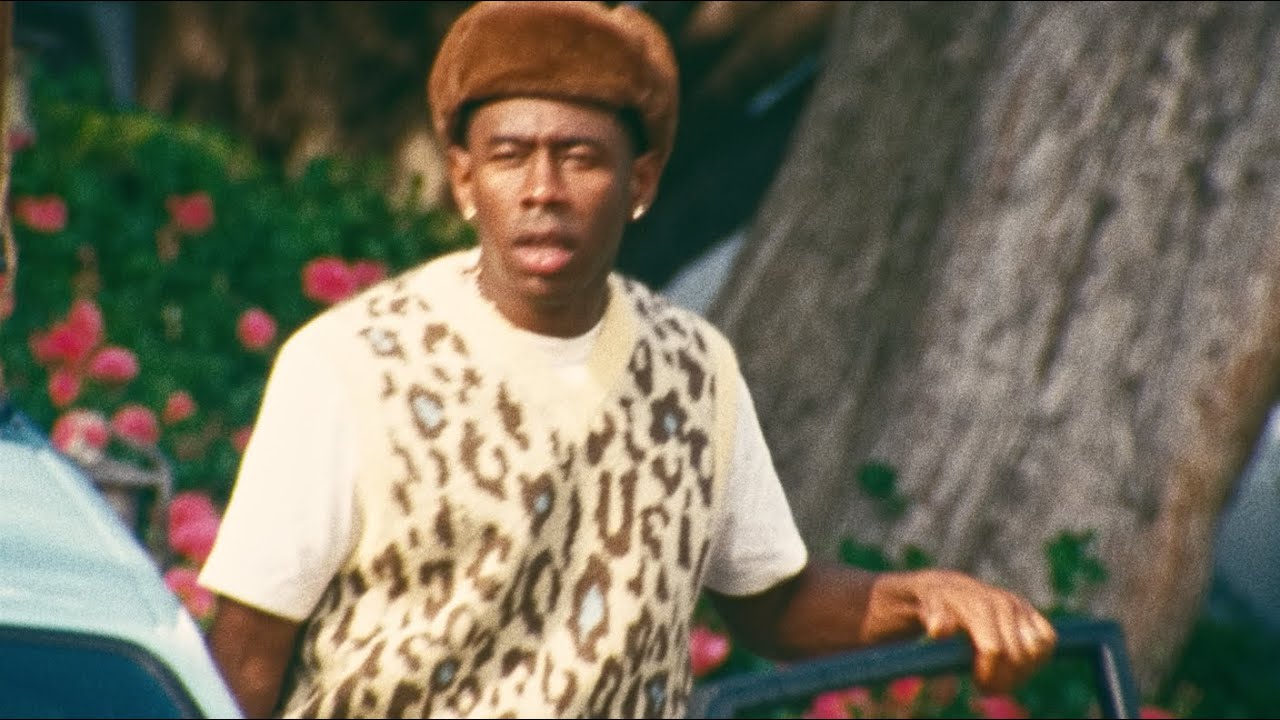 We’d be amiss not to mention the album-stealing verse by another DJ Drama partner-in-rhyme, Lil’ Wayne. Seriously, for a guy who once looked ready to ride into that Miami sunset and call it a day, Wayne’s raps sound like they bathed in a fountain of youth on “HOT WIND BLOWS.” While Weezy talks about the wind beneath his wings and the Desert Eagle underneath his coat, Tyler is more concerned with living the literal jet life. He takes us from the limo to the views from his plane’s window seat without an ounce of regret. Some rappers are conflicted about their lavish lifestyles; The Creator is the rare well-adjusted artist comfortable in his own skin and massive ego.

That self-awareness bleeds into the album’s second half. Tyler acknowledges his bravado, failures, regrets, contradictions, and feelings about being a Black man in 2021. That last part makes “MANIFESTO” a highlight, if only for its raw honesty when he raps: “Am I doing enough or not doing enough/ I’m trying to run with the baton but see my shoes in the mud/ Anything I say dog, I’m screwing shit up/ so I just tell these Black babies they should do what they want.”

While Tyler isn’t the type to question himself publicly, his music offers a peek into the soul of another Black person wondering if they’re doing enough to fight injustice. That burden is even heavier for someone with the influence and wealth that Tyler, The Creator has. Whether you believe he’s wrong for spending some of his hard-earned cash on a necklace, rather than donating it all, is irrelevant. He’s finding his way through the darkness, just like the rest of us.

That journey includes heartbreak, because no Tyler, The Creator album is complete without romance. “WILSHIRE” is eight and a half minutes of a once-intense love affair turned to dust due to his need to feed his ego. He stumbles over words and mumbles parts of a sad story, sounding like someone not fully ready to handle the truth. On an album filled with dope lines from a guy who always says it with his chest, “WILSHIRE” is a rare moment where we feel him holding back. The ego is tucked into the closet for one song, further blurring the lines between the man, the persona, and the alter-ego. 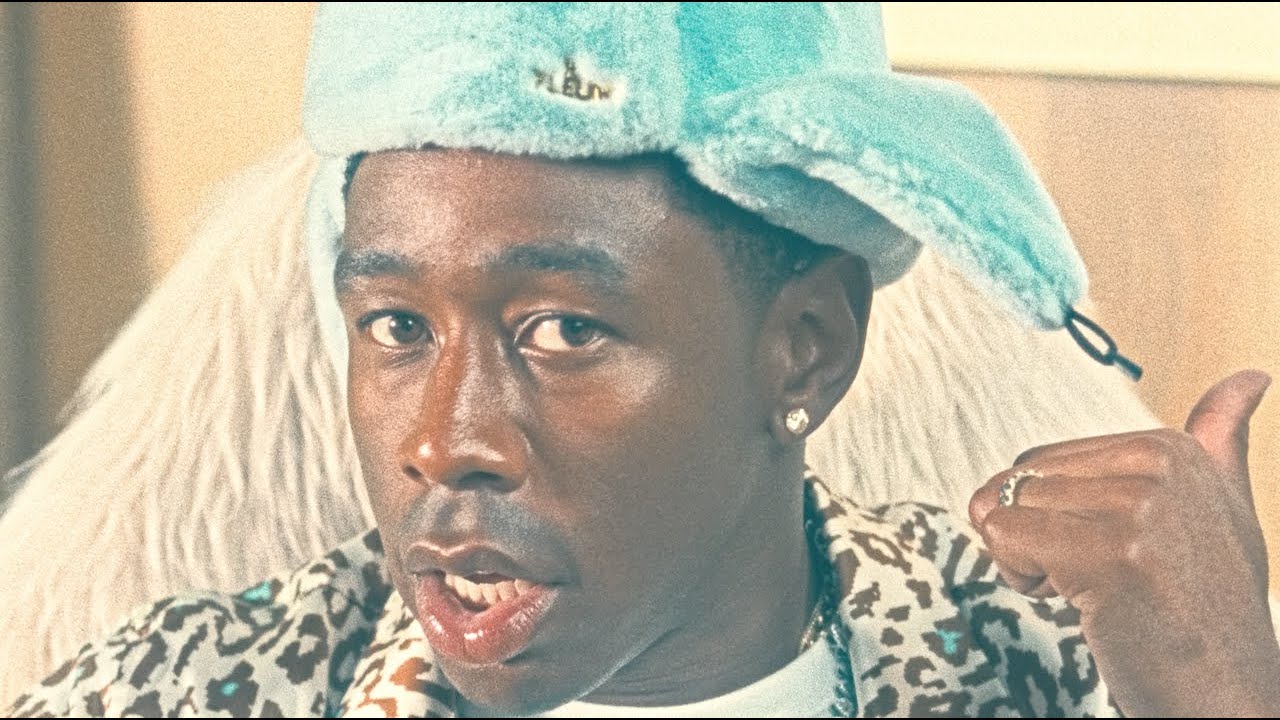 Maybe that same ego is the reason why this album feels less experimental than IGOR. Tyler’s 2019 LP threw several genres into a blender and, as the man pointed out, wasn’t really a rap album. Well, CALL ME IF YOU GET LOST, from its samples to even its referential artwork, is unmistakably a rap album. And it’s an incredible one at that, because when he’s focused, there’s maybe a handful of people better at the art of rapping than Tyler Okonma. The way he lays out his own history with witty and insightful storytelling on “MASSA” is, no pun intended, masterful.

The song kind of apologizes for the less-than-beloved Cherry Bomb, charts his growth as a man, and serves as an anthem for all successful young Black men who “massa couldn’t catch.” That’s not an easy feat, even for a good rapper. Still, he does it effortlessly and even shows vulnerability with a couple admissions that he isn’t immune to criticism from people who have “lunch breaks.” Even for someone with a Grammy to his name, the mean tweets and handful of bad reviews still sting. That’s that ego talking, and it’s a feeling most of us can relate to.

When your last album gets so many standing ovations, creating a follow-up can feel daunting. To Tyler’s credit, he didn’t rest on his laurels. Instead, he crafted a concise piece of work about a very confident adult realizing his own ego is both his best asset and indeed his worst enemy. And he does it all over break beats, accompanied by a DJ, and using rap as his weapon of choice. CALL ME IF YOU GET LOST examines how the past informs Tyler’s present and future. It’s 53 minutes of ups, downs, and every self-inflicted pitfall in between.

CALL ME IF YOU GET LOST Artwork: 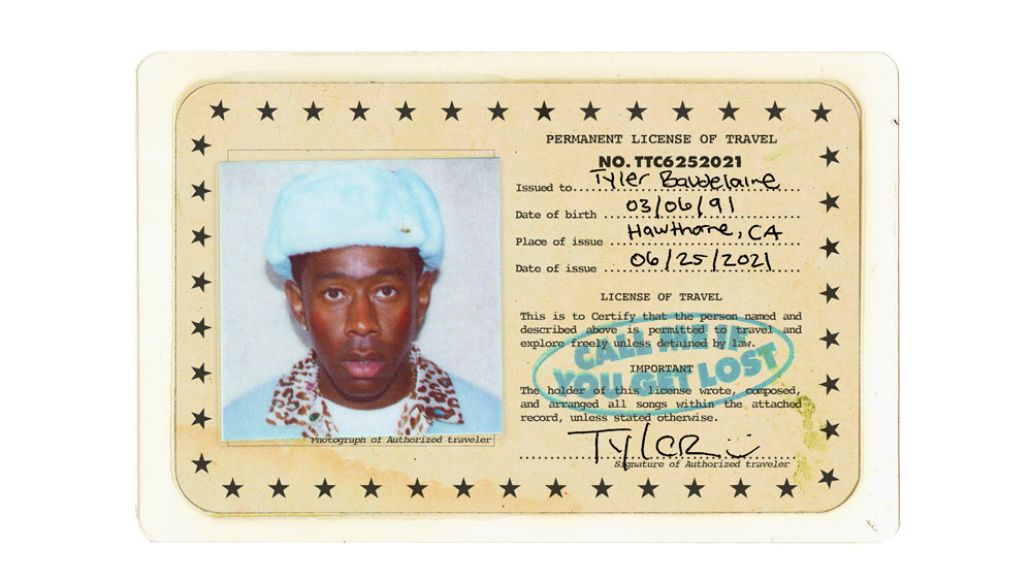 CALL ME IF YOU GET LOST Is the Rap Album Tyler, The Creator Fans Have Wanted For Years