The electro-industrial intensity of HEALTH combined with the cinematic sheen of Bates’ production makes “Anti-Life” an aural powerhouse. The sheer sound and fidelity is jaw-dropping. Topping it off are pristine vocals by Moreno, whose singing always works well in an electro/experimental context.

Like the previous singles we’ve heard from the soundtrack — including Mastodon’s “Forged by Neron” and Chelsea Wolfe’s “Diana”, “Anti-Life” is inspired by the storyline of DC’s Dark Nights: Death Metal comic series. In the third issue of the series, the Anti-Life mathematical formula “allows those who understand and control it to dominate all other sentient beings.” The song’s lyrics draw from these dystopian themes.

Bates executive produced the soundtrack, which touts a diverse cast of musical contributors. While HEALTH, Moreno, and artists such as Chelsea Wolfe, Mastodon, and Rise Against represent heavier genres, the soundtrack also features pop acts like Soccer Mommy and rapper Denzel Curry. The collection of songs functions as a companion piece to Greg Capullo and Scott Snyder’s comic series.

Dark Nights: Death Metal Soundtrack arrives digitally this Friday (June 18th), but it will be released on vinyl and CD on July 16th. Physical pre-orders are available via Loma Vista Recordings and Amazon. 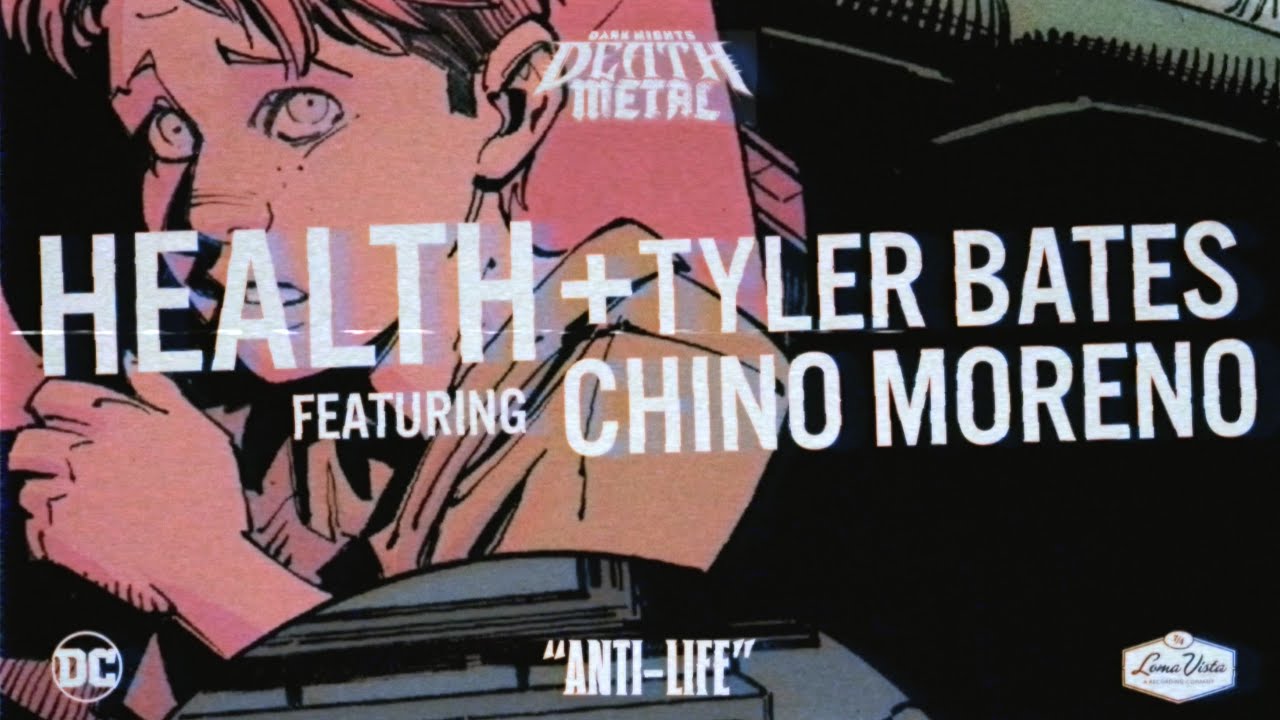