Last year, Courtney Love almost died following a battle with severe anemia that reduced her weight to a shocking 97 pounds. Her health has slowly improved, thanks in part to a recovery process that included low-key jam sessions alongside her friend and Big Moon musician Juliette Jackson. It turns out that exercise went so well, in fact, that Love decided to start Bruises of Love, a new video series in which she covers her favorite songs with Jackson by her side.

The first entry in Love’s new series is an acoustic cover of “California Stars”, the folk-rock staple from Wilco and Billy Bragg’s joint 1998 album Mermaid Avenue featuring lyrics by the late Woody Guthrie. Love and Jackson can be seen sitting in her living room along with Love’s adorable Pomeranian dog named Bell while they perform the song. It’s a heartfelt number, and Love’s scratchy vocal delivery of the lyrics draws a rather intimate and tender feeling out of it. Watch the performance below.

In an interview with Vogue, the Hole singer revealed that Bruises of Roses — which she named after a collaboration with the fragrance company Edge Beauty and her upbringing in Portland, dubbed the “City of Roses” — includes an eclectic mix of covers ranging from Simon & Garfunkel to Elliott Smith. Each one, she says, allowed her to “finally feel like myself again” after years of feeling out of sorts.

“I just really love these songs and they’re all either tied to memories I have or just examples of great craftsmanship — or a wink at someone or whatever,” Love told Vogue when asked about the origin of Bruises of Roses. “First off, my guitar playing is terrible. I used to be okay enough to write songs and play onstage, but for a while I just couldn’t. I was really, really sick during lockdown and trying to use the pain to find solace in my guitar, but I just wasn’t connected with my artistry. It was gone. I read an article about how Laura Marling was giving guitar lessons online and off to the side I saw this girl Juliette [Jackson] from Big Moon was doing the same thing. I wrote to her and made her sign an NDA since everyone on my team is so paranoid and we had three sessions together where we’d just hang out and sing ‘Boots of Spanish Leather’ while playing together.”

After such a physically and emotionally demanding 2020, it’s nice to see Love getting back to her roots to enjoy the healing powers of music again. It’s the artistic field that welcomes her with open arms, at least compared to the film industry. Earlier this year, the Golden Globe-nominated actress revealed that she stepped back from mainstream movie roles after experiencing “a bunch of #metoos” that “no one would believe.” Hopefully Bruises of Roses can serve as the creative outlet that she deserves to have after all these years. 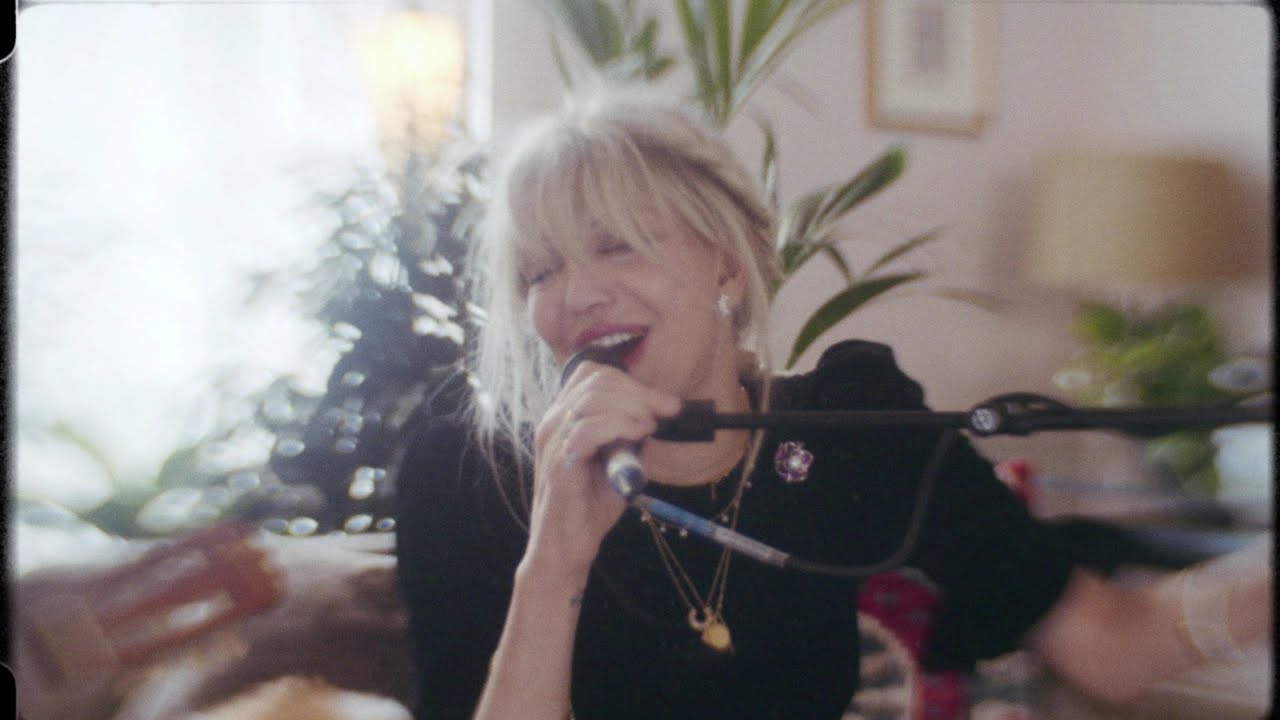