Goldenvoice has rescheduled Cruel World, its celebration of new wave, post-punk, goth, and 80’s alt-rock. The festival, which will be headlined by Morrissey, Bauhaus, Blondie, and DEVO, will now take place on May 14th, 2022 at Brookside at the Rose Bowl in Pasadena, California. Update: Due to overwhelming demand, a second date has been added for May 15th.

Cruel World was originally supposed to take place in May 2020, but was postponed indefinitely due to the pandemic. Fortunately, many of the acts originally booked to play the festival will appear at the rescheduled date.

Other notable acts include Echo & The Bunnymen, The Psychedelic Furs, Violent Femmes, The English Beat, Public Image LTD., The Damned, Cold Cave, The Church, TR/ST, Soft Kill, and Drab Majesty, among others.

Tickets to Cruel World are now on sale and can be purchased here. A variety of different packages, including GA, VIP, and Platinum passes, will be available. 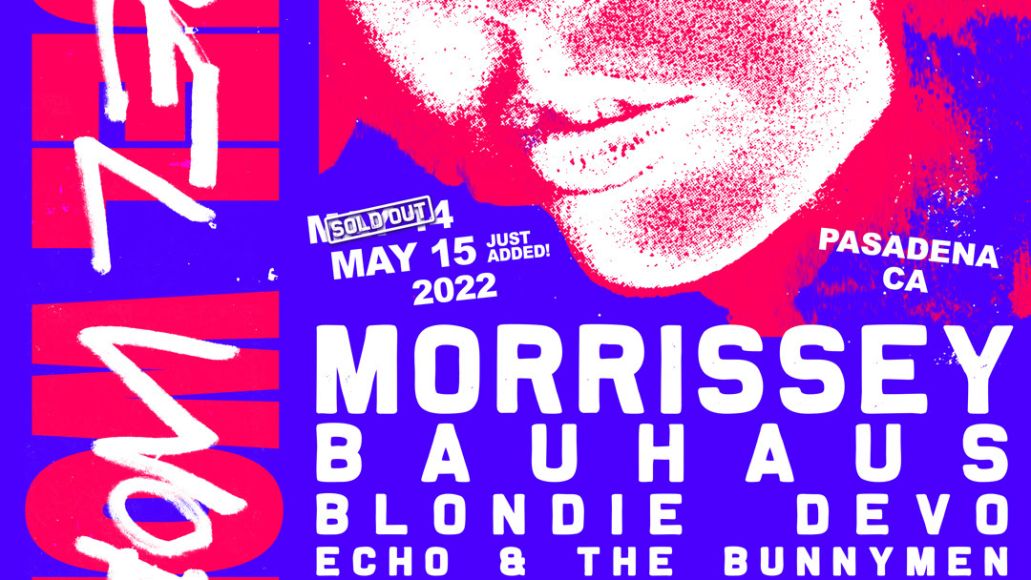