Danny Elfman thought he had his life together when suddenly, he was split in halves.

“It was very obvious that these two competing personalities that I have to contend with — that don’t like each other — were really fighting for headspace,” he tells Consequence. One voice was dark and intense, heavy with mood. The other was a hyper-energized ball of angst, thrashing in fits of sarcasm.

This was how the legendary film scorer, Oingo Boingo frontman and classical composer spent his quarantine: in a schizophrenic battle between highs and lows. He sat in his vacation home, battling it out with a guitar, a microphone and a broken pair of headphones. It was torture, a manic-depressive episode set to demo tape, and when he finally came out of it, he had 18 tracks to show for it; a double album aptly titled Big Mess.

“For better or worse, both sides of the thing are me,” he says, “One or the other side doesn’t represent me. It’s the two sides together — the totality of these things. That’s what it is inside my head, so if I’m putting it out there, you know, I am what I am, and I’m a big mess.”

It’s been 37 years since Elfman released a rock album. In that time, his soundtracks for classic films Nightmare Before Christmas, PeeWee’s Big Adventure, Beetlejuice and more helped raise an entire generation (or two, or three). Ten years ago, he broke into classical composition, and all the while, he’s watched the world turn into a dystopian hallucination of feature-film proportions. It’s only right that, after so many years writing music for the dark and twisted fantasies of other people’s imaginations, he scored his own beautiful, chaotic chorus.

“I was so angry and frustrated with what was happening in America,” he says. “I felt like we were living a sequel to George Orwell’s 1984 [called] ‘2020.’ On top of that, I had taken no film work in 2020 because I had so many concerts [connected] to Coachella. I had the Tim Burton/Elfman orchestral suites that I do. I had Nightmare Before Christmas concerts and two world premieres; a piece I had done for the National Youth Orchestra of Great Britain, and I had planned this cello concerto. It was this super exciting year…and it all collapsed.”

A product of isolation, frustration, fear and cancelled plans, Big Mess bares Elfman’s dichotomous soul in two distinct shades. Disc 1 is a brooding, industrial-tinged descent into madness. Opening track “Sorry,” the first he wrote for the project, explodes into life with macabre grandeur.

Elfman sings as hints of his iconic character Jack Skellington poke through his vocal timbre, all at once apologizing for the state of the world and his inability to fix it. It dives only deeper and darker from there.

Disc 2 is the cooky, deranged punk side of Elfman’s brain — familiar to fans from his Oingo Boingo days — and the playfully maniacal, psycho circus sounds of his soundtracks. It’s that Batman villain energy frothing at the mouth on “Happy” and “Cruel Compensation,” while “Love in the Time of Covid” and “Kick Me” boil over with punk attitude.

The songs came rushing out of him in pairs, a brutal bit of melancholy followed by its ecstatic counterpart.

“I told my manager, ‘We’ve got to start setting up meetings, find a label, make this a finite thing, because I’m going to let everything else go,” he says. “I did have other commissions I had to get back to, and I’ll never stop on my own…there’s never a point where I’ll go, ‘This is it. This is the best I can do, and I’m happy with it.’ I would still be scoring Pee Wee’s Big Adventure, if I didn’t have a deadline.”

This dichotomy has always been with Elfman. From his earliest days with Oingo Boingo, he struggled to maintain just one train of thought. Life on the road was painfully monotonous. Even today, the thought of performing the same set of 20ish songs night in and night out fills him with unease. He fell into the world of film scoring as a sort of escape, and while balancing the two felt hectic then, he found after quitting Oingo Boingo that simply focusing on film was just as maddening.

“I don’t consider myself a workaholic, and I know that sounds like the guy who’s just finished two bottles at the bar saying, ‘I’m not an alcoholic,’” he says. “If I’m only doing one thing, I get very unhappy. So as much as I love film work, I feel the need to balance it with the classical commissions I’ve been doing…it’s really just a necessity to keep myself balanced.”

Add to his insatiable need for projects a dash of propulsive unwantedness, and that’s the recipe for one Big Mess of a man. Elfman started his career in musical theater, where he swears all the critics hated him, then he started a rock band “he had no business being in,” and the rock critics hated him, too. He knew nothing of orchestral music when Tim Burton asked him to score PeeWee’s Big Adventure in the early ‘80s, and when he first started writing classical compositions, that familiar push back from the tenured crowd fueled him once again.

“If I wrote an autobiography, I’d have to just call it Fuck It, because that’s been the story of my life; banging into places I’m not welcome and doing stuff that I have no business doing,” he says. “It’s getting out of my comfort zone, and it finally occurred to me that it’s always been about that. If I start getting comfortable, then it’s time to push into something else.”

Big Mess pushed Elfman, 68, toward a final frontier: himself. Staring down old age and mortality, the truth of his own limitations and that of the cultural miasma around us all, Elfman did something he never did before. He wrote songs from his own true perspective, without taking on a third-person character as he did on Oingo Boingo tracks “Weird Science,” “Capitalism” and “Little Girls.” Even when he wrote Jack Skellington, the character that feels closest to his real self, his feelings have always been fed through a filter.

Elfman’s pitch is not perfect. His voice cracks in vulnerable warbles and becomes unhinged under the here-and-now. Most of what you hear on the album was recorded with that guitar, mic and broken set of headphones. He never re-recorded his vocals. It’s a take-one-and-done sort of vibe. He only went to the studio after the fact to add the things he didn’t have; bass, drums, etc.

It’s a raw, threadbare energy that reflects our own Black Mirror existence, because if 2020 taught us all anything, it’s that life was never safe and pretty. Perfect was always a lie. Now we’re learning it’s okay just to get through the day.

“There’s something with the first approach to something that’s spontaneous, that you can never quite duplicate,” he says. “What the fuck do I care if somebody knows I sing so sour, so out of tune? There is so much Auto-Tuned stuff in the world, and this was all about an expression of feeling. It doesn’t make the emotion convey better if it’s perfect. It probably actually takes something away.”

Via a series of music videos, Elfman adds the third, virtual dimension to Big Mess’ delirious tone. Working with practically no money, he teamed with a series of digital artists, from Berit Gwendolyn Gilma to Jesse Kanda and Sarah Sitkin, the latter of whose art he calls “a perfect representation of what I was feeling.” He, Sitkin and Gilma worked on a 56-page art book companion to the album, set for release later this year.

True to his nature, Elfman hardly took time out of his schedule to celebrate Big Mess’ release. He’s already picking up some of 2020’s lost shards. He’s set to perform Nightmare Before Christmas to a crowd at Los Angeles’ Banc Of California Stadium on Oct. 29th. It’s fitting that, upon coming back to the world, he reprises his role as Jack Skellington. It’s the closest he ever got to writing about himself before letting it all out on this Big Mess.

He knows full well it’s a lot of damn music, and most people of the Spotify age won’t bother to listen to the double album through and through. He just hopes that some fans out there connect with his sonic psychotic breakthrough, and if nothing else, he got some release.

“I was really depressed at the beginning of 2020, and I can’t say I’m happy that I got into such a deep depression,” he says. “I’m happy as an artist that I was able to find a way to express myself and kind of deal with it in a constructive way…you can live through a war and come out with a piece of art that you’re proud of, but you can’t be happy that you went to war.” 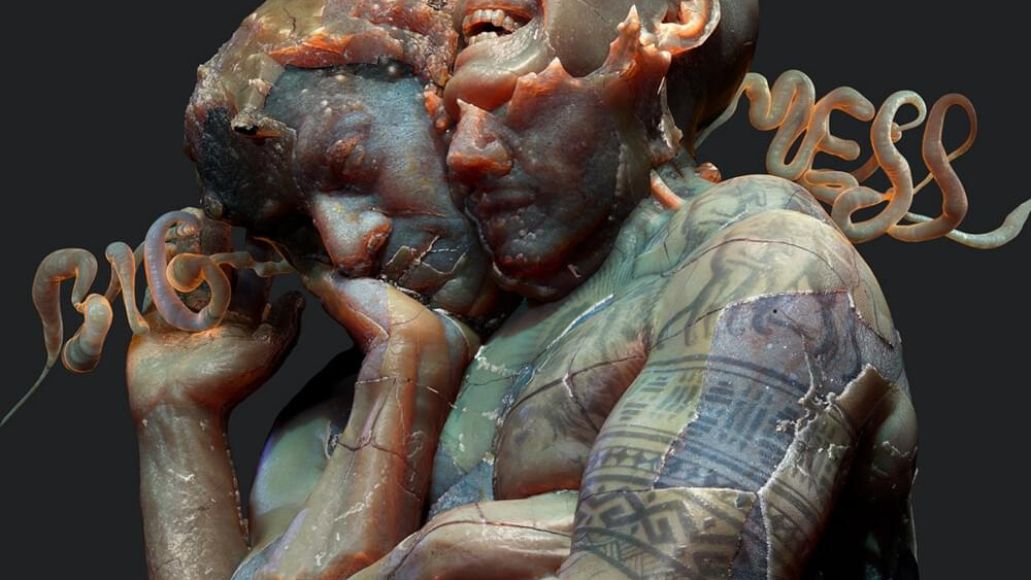 Danny Elfman on Cancelling Everything and Making a Big Mess: "It All Collapsed"