Last year, Dave Chappelle surprise dropped a new special called 8:46 on YouTube following the murder of George Floyd. Now, he has teamed up with Jack White’s Third Man Records to release it on a limited edition red, black, and green vinyl. Only 846 copies are available.

Side A contains the nearly 30-minute special, which was recorded on June 6th at his home in Yellow Springs, Ohio amidst his invite-only, socially distanced gigs. The B-Side features poet Amir Sulaiman’s performance of “My Insides Out” and “We Must Win,” also recorded in Ohio. The vinyl also includes 8 minutes and 46 minutes of silence — the exact length of time Minneapolis police officer Derek Chauvin held his knee against George Floyd’s neck.

Proceeds from the vinyl sales will go to Chappelle’s high school alma mater, the Duke Ellington School of the Arts in Washington, DC. “When I was a student at Duke Ellington, the teachers instilled in me the notion of activism through art,” said Chappelle. “We need more soldiers for great causes on the stage.”

The album cover and artwork feature performance and backstage photos from the special and images shot by Grammy-nominated artist and photographer Mathieu Bitton at George Floyd protests in Los Angeles. 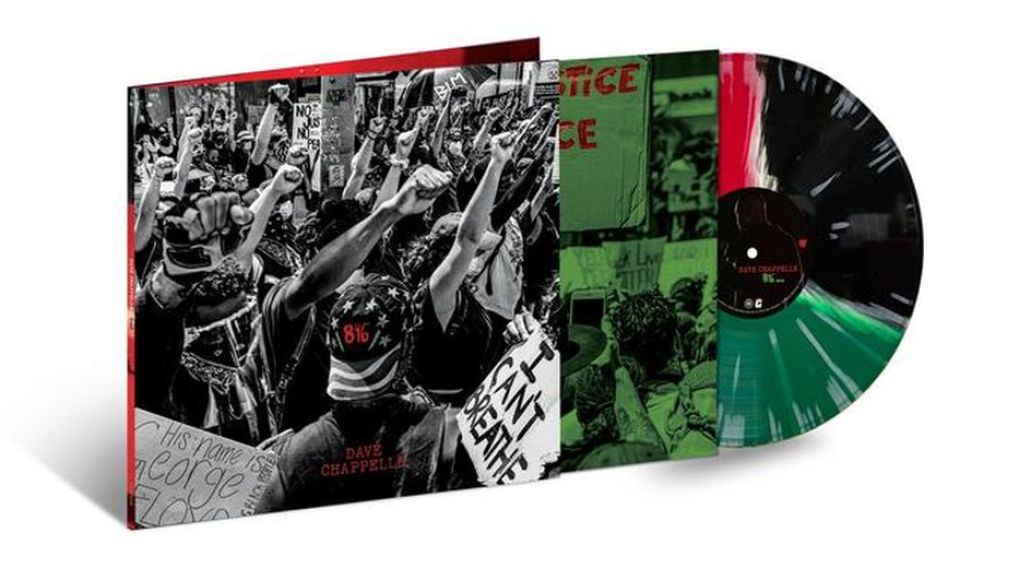 Purchase 8:46 on vinyl here and revisit the special below. A standard black vinyl pressing is currently available for pre-order and will ship to customers on October 29th.