Sony Pictures Entertainment has unveiled the trailer for Don’t Breathe 2.

The sequel to the 2016 horror thriller finds Stephen Lang‘s Norman Nordstrom in a happier state than when viewers last saw him. In fact, the reclusive blind man appears to have befriended a young girl, and takes her in after she’s orphaned by a grisly roadside murder.

However, things in the trailer take a rather terrifying turn when a group of men invade Nordstrom’s home intent on kidnapping the girl. “It’s not me you need to be scared of, little girl, but the man standing next to you. Now I don’t know who he is, but I know who he’s not. Should I tell her or you?” one of the intruders threatens, sending the blind man into a rage and leading to the girl’s capture.

Of course, this leaves Lang’s character with only one motivation: to go full Taken and rescue his young friend with his trusty Rottweiler Shadow by his side — a marked departure from his horrifying actions in the film’s predecessor. (No spoilers, but just try mentioning the words “turkey baster” to Jane Levy’s character from the first movie.)

“He’s gonna come for me,” Lang’s young co-star promises her captors, before the blind man whispers, “Now you’re gonna see what I see” and plunges the sneak peek into total darkness.

Helmed by Rodo Sayagues with a script co-written by Don’t Breathe director Fede Álvarez, Don’t Breathe 2 is set to hit theaters August 13th. Check out the full trailer below.

Since his first turn as Nordstrom, Lang has also appeared in the Peter Jackson-produced Mortal Engines as well as another horror thriller, 2020’s VFW. 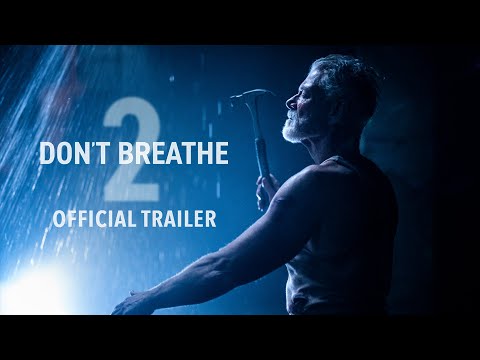