“Rock and Roll is Back Tonight” was the message displayed everywhere across Madison Square Garden last night (June 20th), as Foo Fighters took the stage to play the famed arena’s first full-capacity concert in more than 460 days.

“We’ve been waiting for this day for over a year,” said Dave Grohl in a statement before the show. “And Madison Square Garden is going to feel that HARD.” He was right — across three full hours of the career-spanning setlist, the Foos made sure to savor every single moment of the return to (semi) normalcy. Grohl took several moments throughout the show to make the importance of the moment clear, emphasizing that without the work of thousands, this show couldn’t have been possible.

The resulting show was a powerful, fun, and emotional evening at The Garden. Grohl opened the show with just his voice and an organ, singing a poignant rendition of “Times Like These,” before the band joined in and gave the audience their first hit of live rock and roll in months. 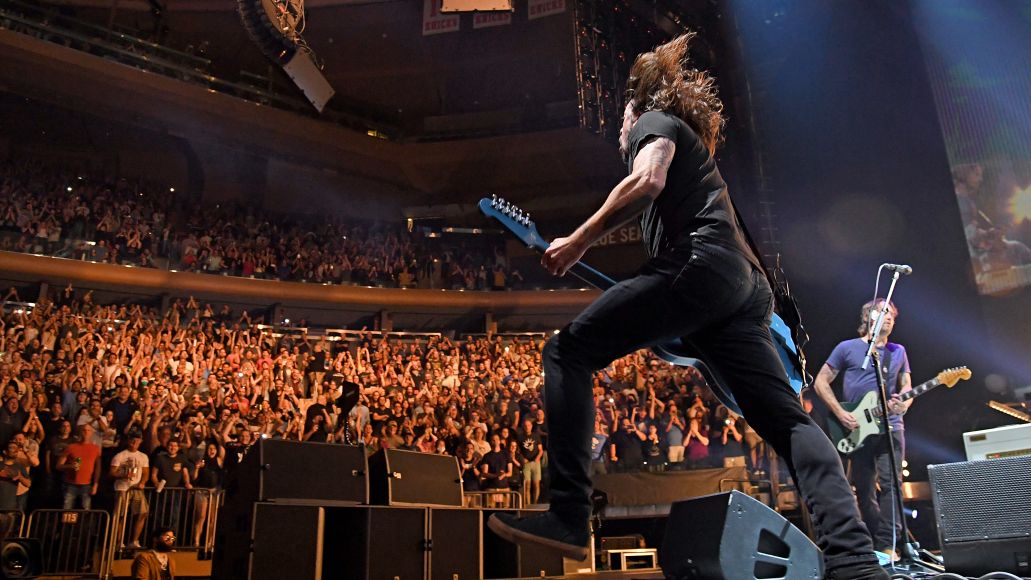 NEW YORK, NEW YORK – JUNE 20: Dave Grohl performs onstage as The Foo Fighters reopen Madison Square Garden on June 20, 2021 in New York City. The concert, with all attendees vaccinated, is the first in a New York arena to be held at full-capacity since March 2020 when the pandemic lead to the closure of live performance venues. (Photo by Kevin Mazur/Getty Images for FF)

Other songs took on deeper meanings than they had pre-pandemic: Wasting Light cut “These Days” had never felt more relevant, with Grohl warning “one of these days, the ground will drop out from beneath your feet.” And in a guest appearance that nobody predicted, the crowd witnessed a quasi-Gen X Holy Trinity with comedian Dave Chappelle’s rendition of Radiohead’s “Creep” with Grohl and Co. in support.

In typical Foo Fighters fashion, the band often derailed their own songs throughout the night in favor of extended solos, heavy metal riffs, tempo changes, and even jam-band sensibilities, letting the return of the “live” aspect speak for itself. Drummer Taylor Hawkins and bassist Nate Mendel particularly shine in the live context, with the former taking the mic for a fantastic rendition of Queen’s “Somebody To Love” (with Grohl behind the kit) midway through the show. The band also debuted several tracks from their recent album Medicine At Midnight, bringing the work of some excellent backup singers to the forefront.

The set featured many “greatest hits” Foo Fighters tracks, but also some old gems — towards the end of the night, Grohl treated fans with the stunning There Is Nothing Left To Lose track “Aurora.” The pinwheeling riffs and restrained attack revealed just how impressive the band’s extensive catalog is, that amid (many) moments of aggression, they still have the capability of stepping back, taking a breath, and letting the beauty of their early material shine.

As they returned to the stage for an encore, Grohl had one more surprise up his sleeve, indulging the fans with a cover of The Bee Gee’s “You Should Be Dancing.” The rendition marked the live debut of Foo Fighters’ upcoming Record Store Day release as The Dee Gees, titled Hail Satin and featuring five covers of the legendary disco outfit. And if you’re skeptical (like I was) about whether or not Grohl can hit those falsetto notes, well, you’ll just have to see for yourself. 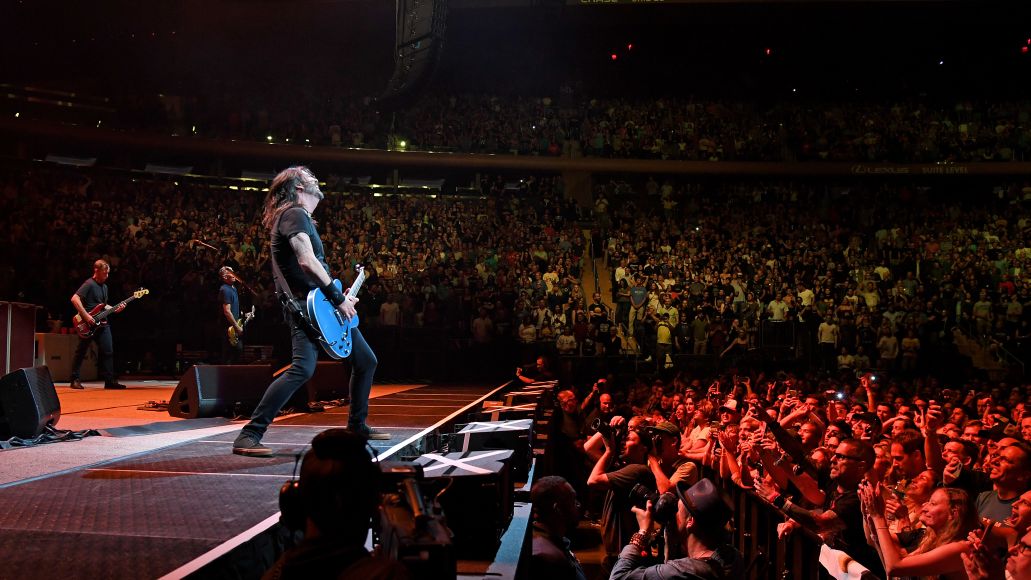 NEW YORK, NEW YORK – JUNE 20: Dave Grohl performs onstage as The Foo Fighters reopen Madison Square Garden on June 20, 2021 in New York City. The concert, with all attendees vaccinated, is the first in a New York arena to be held at full-capacity since March 2020 when the pandemic lead to the closure of live performance venues. (Photo by Kevin Mazur/Getty Images for FF)

With surprises, unmissable moments, and three full hours of material, Foo Fighters did exactly what they do best: rock out like there’s no tomorrow.

Setlist:
Times Like These
The Pretender
Learn To Fly
No Son of Mine
The Sky Is a Neighborhood
Shame Shame
Rope
Run
My Hero
These Days
Medicine At Midnight
Walk
Somebody To Love (Queen Cover) (Taylor Hawkins on Vocals)
Monkey Wrench
Arlandria
Breakout
Creep (Radiohead Cover) (Dave Chappelle on Vocals)
All My Life
Aurora
This Is a Call
Best of You

ENCORE:
Making a Fire
You Should Be Dancing (Bee Gees Cover)
Everlong

Foo Fighters Brought Rock and Roll Back to Madison Square Garden With First Full-Capacity Show in Over a Year: Recap