Our new music feature Origins tasks artists with giving listeners a look behind the curtain of their latest single. Today, Hiss Golden Messenger jogs us through “Glory Strums (Loneliness of the Long-Distance Runner)”.

“Out in the fields/ Looking for silver linings/ But just a little taste/ Is so hard to find.”

Even if you didn’t know the context, the opening lines of Hiss Golden Messenger’s latest single, “Glory Strums (Loneliness of the Long-Distance Runner)”, recall the feelings of a year ago. In the early days of the pandemic, locked in our homes as spring teased us outside the windows, we were all searching for silver linings. We were already desperate to return to spaces that only now are beginning to once again open up to us.

That’s exactly where the new track came from, as HGM’s M.C Taylor says, “‘Glory Strums’ was written in the chaotic green spring of 2020 as a hymn to finding the places and spaces that make us human.”

Wistful harmonica rides over reverberating notes of piano and guitar like West Coast light glinting over cresting Pacific waves. It’s gentle, beautiful, and yet lonely. So too is the song’s accompanying music video, which marks the directorial debut of musician/photography Vikesh Kapoor.

According to Kapoor, the song “explores the pathos of being an artist — a struggle duly shared here even amongst the most disparate of characters: a boxer, a magician, a gardener and a dreamer. In a world now assembling itself back together, it is we who take on the foolish, yet sincere, task of trying to make semblance of it all. Each of us, in our own way, is a seeker in search of some kind of magic.”

Watch the clip for “Glory Strums (Loneliness of the Long-Distance Runner)” below, followed by Hiss Golden Messenger’s Origins of the track.

“Glory Strums” is off the forthcoming full-length, Quietly Blowing It. The follow-up to 2019’s Grammy-nominated 2019’s Terms of Surrender is out June 25th, and Hiss Golden Messenger has just announced a massive winter-spring 2021/2022 tour in support. Find tickets via Ticketmaster and/or StubHub, and check out the full itinerary at the bottom of the page. 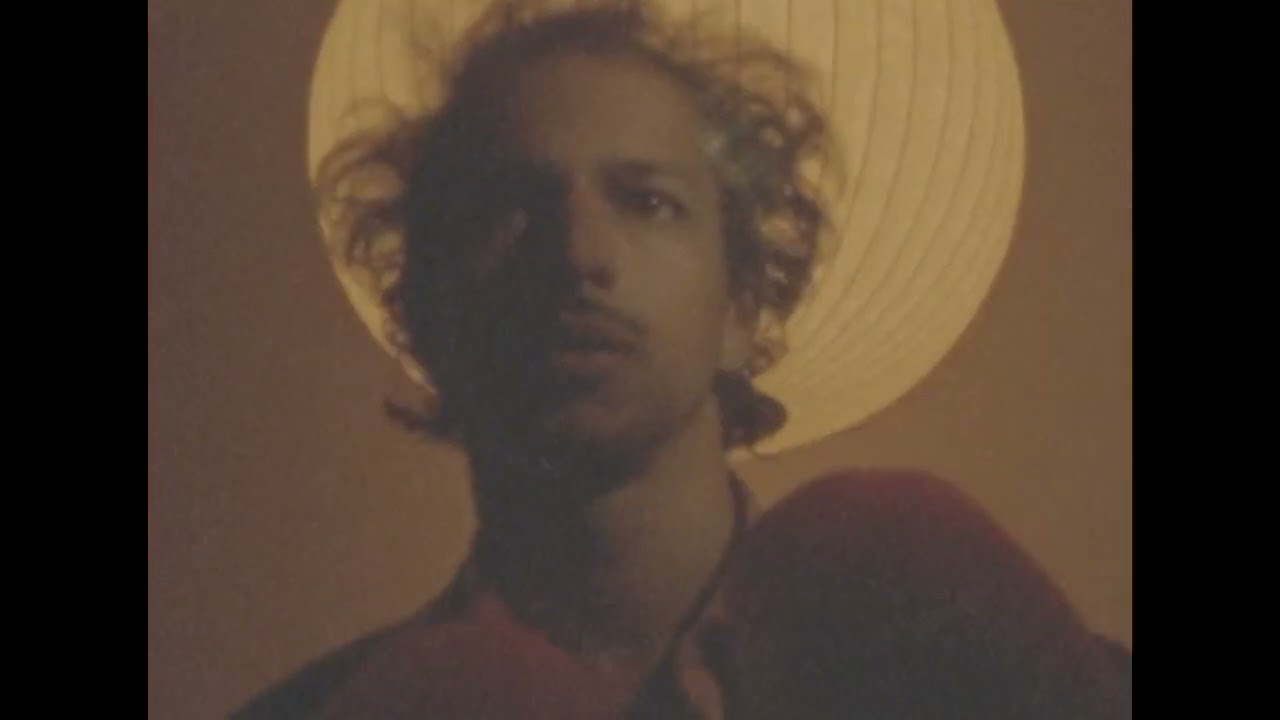 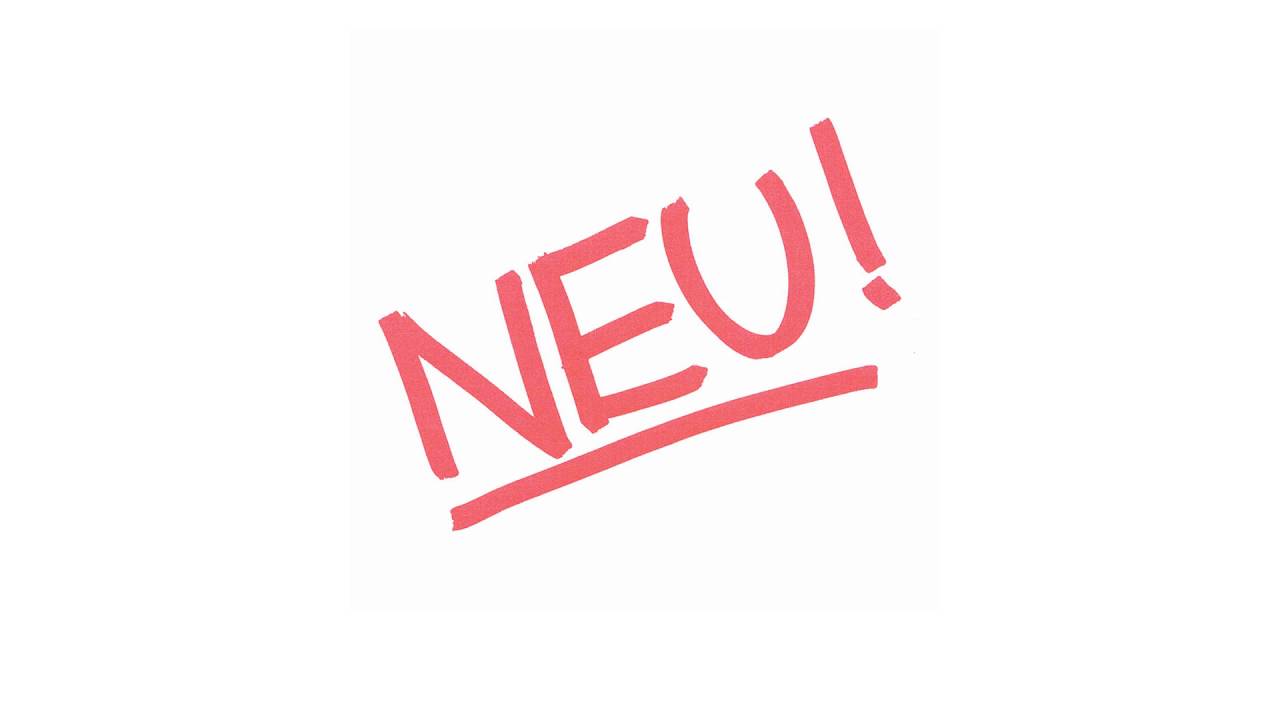 At the time that I was writing “Glory Strums”, I had my drum kit set up in my studio and I would just play that groove sometimes for an hour or two at a stretch. I wanted to see how steadily and repetitively I could play that simple kick-snare-hat pattern. Things felt so chaotic outside that I think I was trying to hypnotize myself. Mick Fleetwood’s tone and swing was an influence; he’s definitely on a short list of musicians that can make something so complex and nuanced seem effortless. But I was also listening to a lot of NEU! They’re such a great model for how repetition, particularly rhythmic, can be trance-inducing and elevating, sort of ecstatic. Listen to their song “Hallogallo” and you’ll hear what I’m talking about. They also influenced my use of guitar loops. Those two elements are really where “Glory Strums” started: The simple, motorik drum groove and that emotional, winding guitar loop. In the end, I had my friend Matt McCaughan play the drums on the track on the record; he is a far superior drummer than I will ever be. But I think playing that endless groove taught me something. 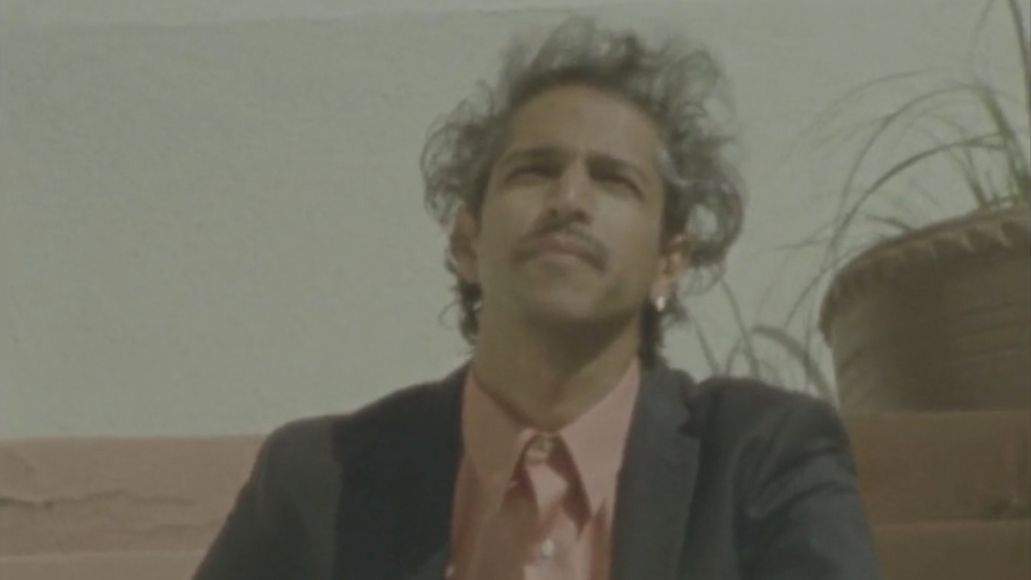 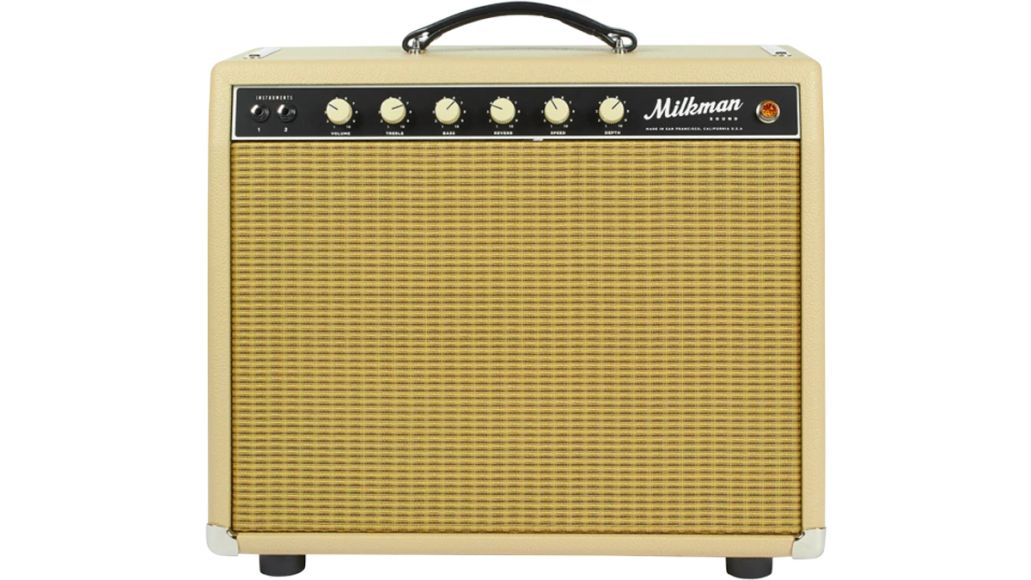 I have a friend named Tim Marcus that owns the Milkman amplifier company in San Francisco. I had gone out to California right before the pandemic started to play a gig in the Bay Area, and Tim was kind enough to loan me his own personal amp, a 20-watt model that he calls the Creamer. I fell in love with it. Shortly after I got home, I asked Tim to build me one of my own, and it’s certainly been my best pandemic purchase. Almost all of the electric guitar you hear on Quietly Blowing It is played through my Creamer, and I really feel like you can hear how musical and harmonically rich it is on “Glory Strums”. The tremolo and reverb are really special. Tremolo is my favorite guitar effect— so simple but strangely emotional — but it can be really hard to find one that does the thing, you know? The thing that Pops Staples guitar does on those early Staple Singers records, for instance. But when I plug my guitar into my Milkman, it’s just there. I was so inspired by the amp that I basically made a whole other record — that eventually evolved into something else that people will maybe hear one day — based on the tones I was getting out of the amp. Thanks, Tim! 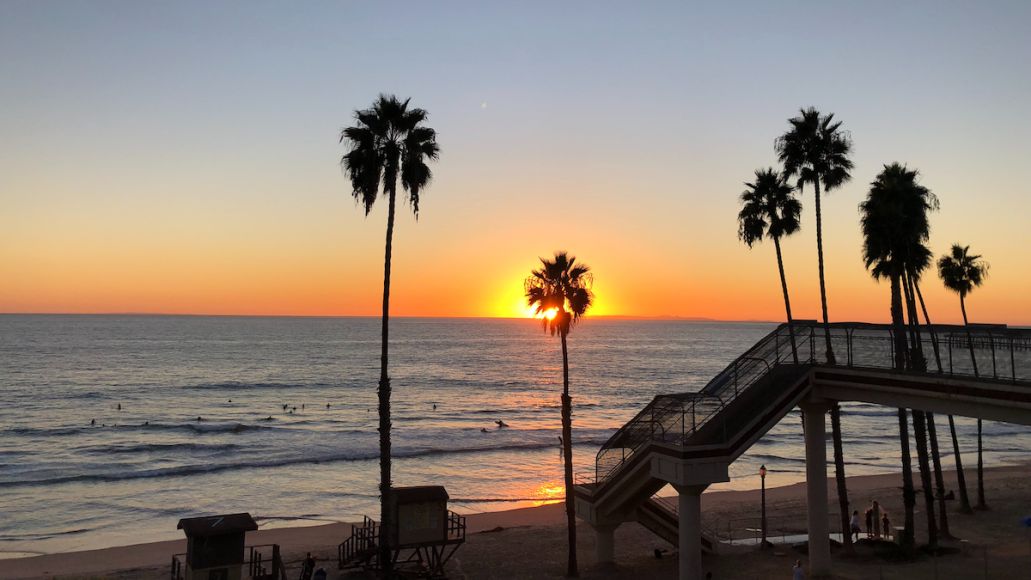 Photo by Reed Naliboff on Unsplash

I’ve lived in North Carolina for almost fifteen years, but during most of that time, I’ve visited California — where I was born and lived for the first 30+ years of my life, and where most of my family still resides — regularly, sometimes as frequently as once a month. While I consider myself quite happy to live in Durham, I longed for California in my bones during this past year of no travel. Long before I moved East, I read a piece in the New Yorker by Lawrence Weschler called “L.A. Glows” about the quality of light in California. At the time, I understood it in theory, but I feel like I understand it on an emotional level now. I can see how standing on a Southern California beach at sunset could make a California native coming home after a long time away weep. Perhaps everyone feels this way about the quality of light of the place that they’re from, but there’s something unique, poetic, romantic and sort of bittersweet about the light in California. I tried very intentionally to conjure those feelings in “Glory Strums”. There is a milkiness, a specific sort of Golden Hour loneliness in the sound and feel of the tune that is unique in my catalog of music.

Vikesh Kapoor is a great songwriter and photographer that lives in Los Angeles, though I first met him in 2013 at a Hiss Golden Messenger show at the Aladdin Theater in Portland, Oregon. At that time, I was opening for Justin Townes Earle; I was traveling alone, and I put out the call to see whether anyone was interested in selling merchandise for me. Sometimes this type of call can open you up to people that might have different ideas about boundaries than you do, but I had no other options. Vikesh responded, and he was totally polite and respectful. He was someone I was glad to be around, and I was thankful to him for selling my stuff for me that night. We kept in loose touch over the years, during which he made some great records and made his name as a photographer, and I continued traveling and making records as Hiss. A few months ago, I had a dream in which Vikesh made a video for “Glory Strums”. It felt like a sign, so I thought I should try and make it a reality. I got in touch with him out of the blue and asked whether he was interested. To his great credit and artistry, he was up for trying it. I told Vikesh how much I was missing the light in California, and asked him whether he might be able to capture some of it for me. He drafted in his friend Madelynn De La Rosa, and together they created this beautiful, hazy 8mm film that works perfectly with “Glory Strums”. Vikesh is also the star of the film. He’s a very striking, handsome human! Thank you, Vikesh and Maddie!

The Loneliness of the Long-Distance Runner: 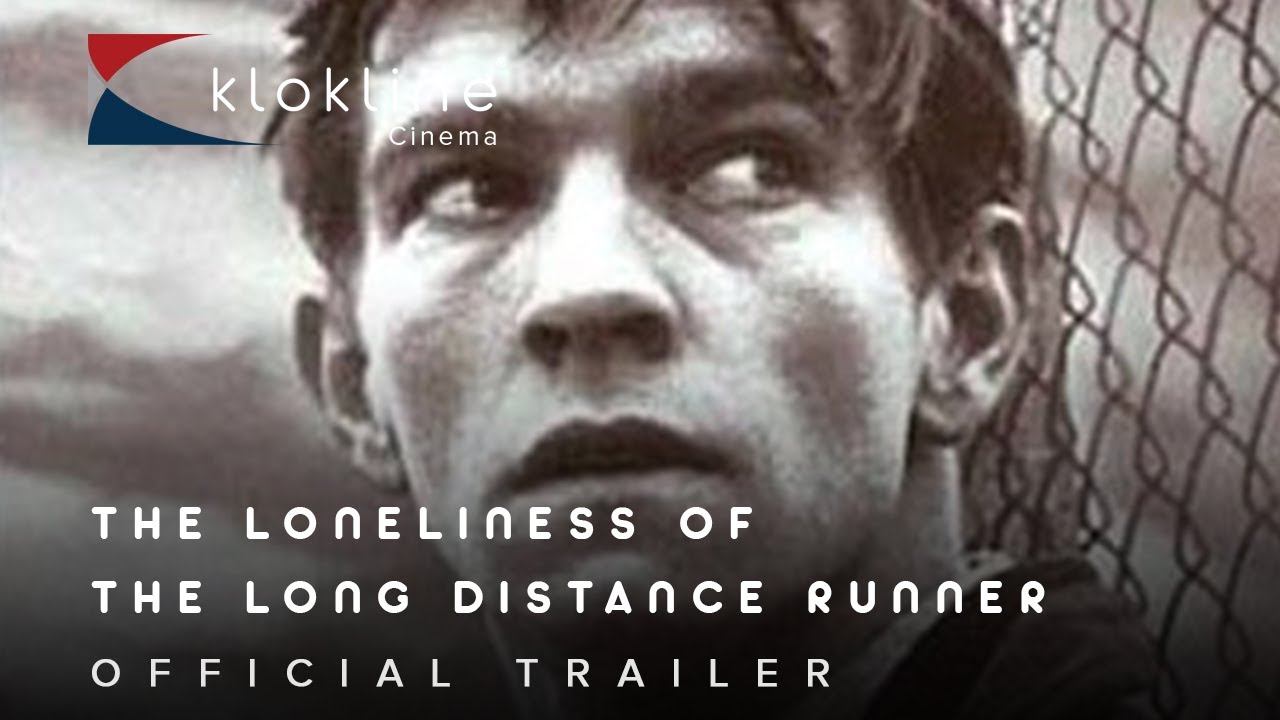 The Loneliness of the Long-Distance Runner — and damn, has there ever been a more evocative title? — is the name of a short story by the British author Alan Sillitoe about a delinquent boy from working class Nottingham that is placed in a Borstal — a juvenile detention center, basically — after a robbery, where he gains renown as a long-distance runner for the school’s track and field team. The headmasters of the school assign him lighter work duties than the other boys in hopes that he will win the championship race for their institution. In the end — spoiler alert — he throws the race in an act of defiance against the headmasters, whom he despises. The story is masterfully written, a deep meditation on solitude and class. All throughout the writing of Quietly Blowing It, I really felt like I was engaged in a study of the choices that I had made over the last ten years that brought me to the point that I was writing from. The sacrifices I had made to stay in the long-distance race, maybe. Something about Sillitoe’s story really resonated with me, and still does.