The Pitch: Four years have passed since neurotic bodyguard Michael Bryce (Ryan Reynolds) teamed up with his nemesis, loudmouthed hitman Darius Kincaid (Samuel L. Jackson), to stop a war criminal at the Hague, which left him traumatized and his license to guard bodies suspended. But just as he starts a company-mandated “sabbatical” from bodyguarding, Bryce is roped into yet another international plot by Kincaid’s chaotic con-woman wife Sonia (Salma Hayek), who begs him to help her rescue her husband from bad guys.

From there, it’s a Europe-trotting romp to stop a Greek billionaire (Antonio Banderas, cast for no other reason than to force a Desperado reunion with Hayek) from using a diamond-tipped drill to destroy Europe for the crimes it’s committed against Greece, I guess? Anyway, there’s a lot of pratfalls and bickering, standard action buddy comedy stuff, rinse, repeat.

Beating a Dead-pool Horse: I was no fan of the first Hitman’s Bodyguard, a limp, formulaic action-comedy that coasted on the loud charisma of its two mismatched stars and a heaping helping of C-tier action. But despite middling reviews, it made $176 million at the box office. So here we are with a sequel, one which doubles down on the few elements that did work (Hayek, some of Reynolds and Jackson’s chemistry, the live-action cartoonishness of it all) but leaves the nougaty rest to seep into your cerebellum like so many brain worms.

Like the first, what we’ve got here is a mid-budget romp intended chiefly to keep A-list stars employed between bigger, more interesting projects, filmed in Eastern Europe for tax reasons and making use of the finest CG explosions $30 million can buy. And so it goes, as returning director Patrick Hughes drags us mercilessly from one setpiece to the next with nary a second to breathe.

Perhaps that’s for the best, though, as screenwriters Tom O’Connor, Brandon Murphy, and Philip Murphy haven’t exactly crafted the freshest screenplay, a rapidly-tumbling Jenga game of mismatched alliances, a host of barely-there side characters, and Banderas as the world’s suavest yet least-believable Greek. (Don’t forget a sleepy Morgan Freeman as a role whose nature we’re not supposed to disclose, but it’s not like he adds all that much apart from the surprising ability to beat up Ryan Reynolds.) 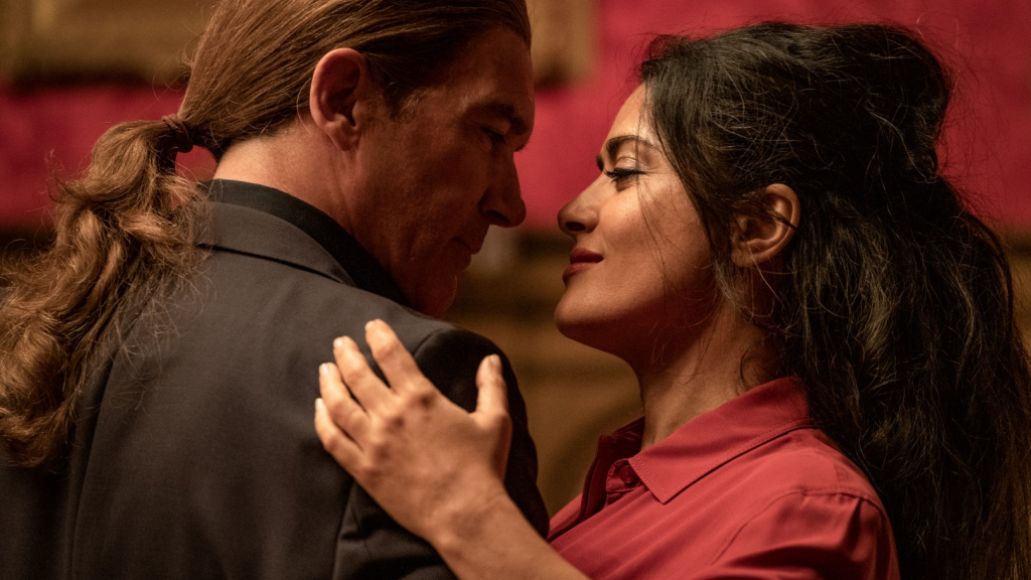 But the plot and its machinations are merely an excuse to throw the film’s three stars into one high-wire situation after another, with the bicker-ometers dialed constantly up to 11. That’s all well and good, if the individual setpieces themselves work. But Hitman’s Wife’s Bodyguard’s Former Roommate has the same problem its predecessor did: neither the action nor the comedy are particularly effective.

Granted, there’s a Chuck Jones factor to a lot of the slapstick on display — Bryce is drugged, shot, flung out of boats and, tossed around a van during a bumpy escape with reckless abandon, and the physics of its action sequences frequently defy belief. Triumphant music breaks down to undercut an earnest moment not once, but thrice.

Desperado Housewives: The one major improvement on the first film is that Hayek’s volatile Sonia is along for the ride this time, after spending most of the original trapped in a jail cell. She’s the kind of action star who knows how to command a room, and make a meal of some of the creakiest dialogue this side of the Mediterranean. And to be fair, she adds some welcome verve to the already-tired 48 Hours-y banter between Reynolds and Jackson; her role as a pure-strain chaos agent lets individual scenes ramp up their stakes, and at least throws a few curveballs in the third act about her true loyalties. (That is, of course, until they’re undone a few minutes later.) Sure, she’s saddled with some unfortunate stereotypes as the loud, hair-trigger Latina who snaps into a murderous rage when someone points out she’s old, and gets sensitive about her ability to have children. But what modest laughs can be found come from Hayek’s sheer force of charisma, and I was thankful for her presence. 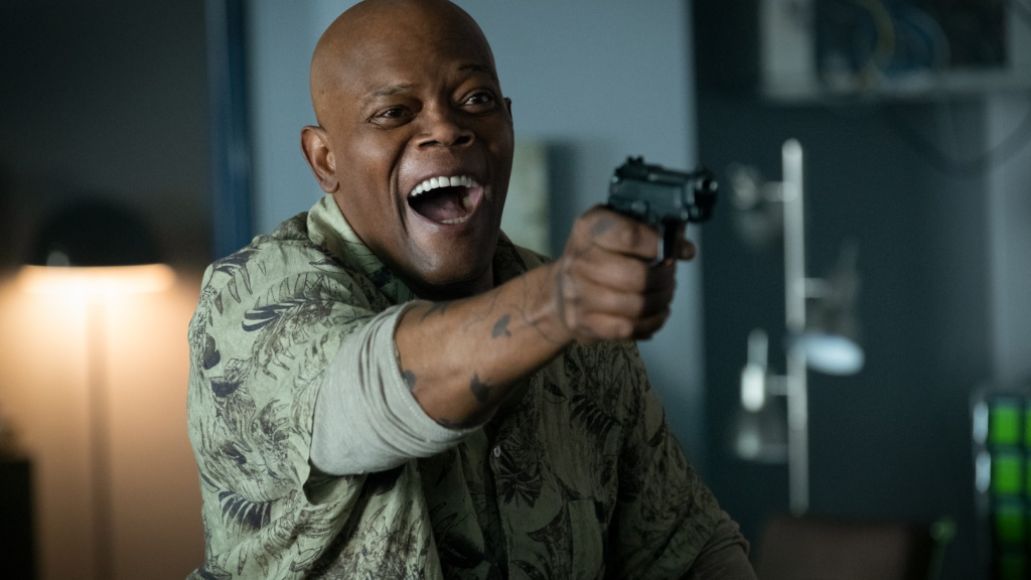 Paradoxically, this also leaves Jackson a bit out of the lurch: while Reynolds still has his high-blood-pressure babysitter act to play, and Hayek provides an even more unpredictable mark to handle, poor Darius Kincaid is left holding the bag for much of the film’s runtime. The same goes for virtually any of the film’s characters, whose presences are so marginal you’d be forgiven for thinking you fell asleep and missed the scenes where they were supposed to actually affect the plot.

Frank Grillo shows up as a frustrated Boston beat cop who’s been inexplicably transferred to Interpol, but neither he nor his beautiful Scottish partner (Alice McMillan) appears in more than a few scant scenes. Either a subplot was dramatically ripped from the final edit, or the screenwriters are setting up a spinoff that no one could possibly care about.

The Verdict: One of the major struggles of reviewing (or hell, seeing) a film like The Hitman’s Wife’s Bodyguard is that it’s so unremarkable — its action so formulaic, its jokes so creaky — that one struggles to remember specific scenes or lines of dialogue (or even plot points) five minutes after you walk out of the theater. I had the same sensation with the first one, and it went double here, especially in a world where returning to the movie theaters for something like this isn’t yet worth risking public health. Sure, it commits wholeheartedly to its bone-dead stupidity more than the first film. But it leaves a final product so scattered and uninspired that, less than 24 hours after seeing it, the vast majority of it escapes my memory.

Where’s It Playing? The Hitman’s Wife’s Bodyguard leaps from the late ’90s, slaps on a thin veneer of Deadpool self-awareness, and belly-flops into theaters June 16th. 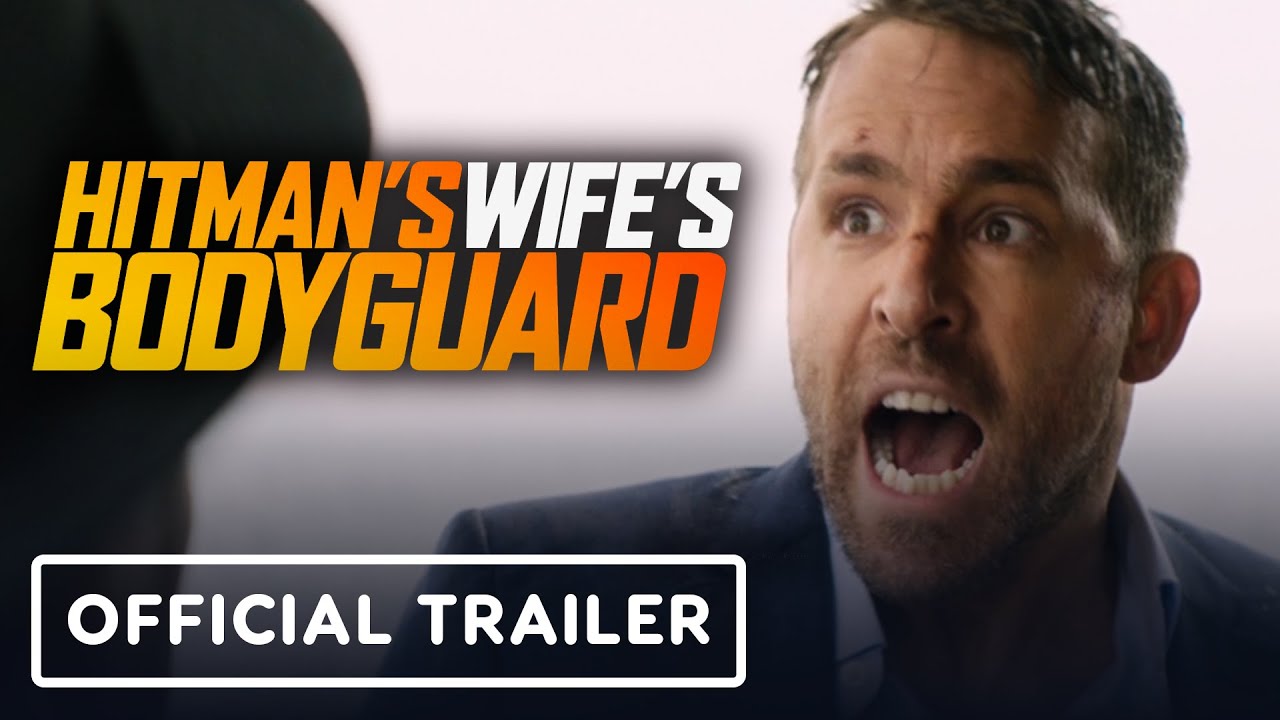