The eclectic tour package features an array of heavy music styles, with brutal dance metal from Igorrr, the deafening noise rock of Melt-Banana, and Vowws’ brand of pulsing dark/goth tones (which caught the ear of Deftones’ Chino Moreno).

The monthlong outing kicks off February 17th in San Diego, crossing the South to the East Coast. The route then loops up through Canada and back down to California, where it concludes with a March 15th show at The Regent Theater in Los Angeles.

The shows will be Igorrr’s first stateside trek in support of 2020’s Spirituality and Distortion. It’s the fourth album since Igorrr, aka Gautier Serre, expanded his solo moniker into a full band in 2008, adding vocalists Laurent Lunoir and Laure Le Prunenec, and drummer Sylvain Bouvier to the live and studio lineup.

“This period of COVID has drove us totally insane, but we are excited to finally play this US tour!” Serre said in a press release. “New show, new music, and new people on stage — can’t wait to finally play Spirituality and Distortion on stage! This will be a historic time for us.”

The tour announcement is also great news for Melt-Banana fans. The enigmatic Japanese act haven’t released anything since their 2016 Record Store Day split with Napalm Death, though they have toured sporadically over the past decade.

Tickets will be available via Igorrr’s official website and Ticketmaster. Check out the full list of dates and the tour poster below. 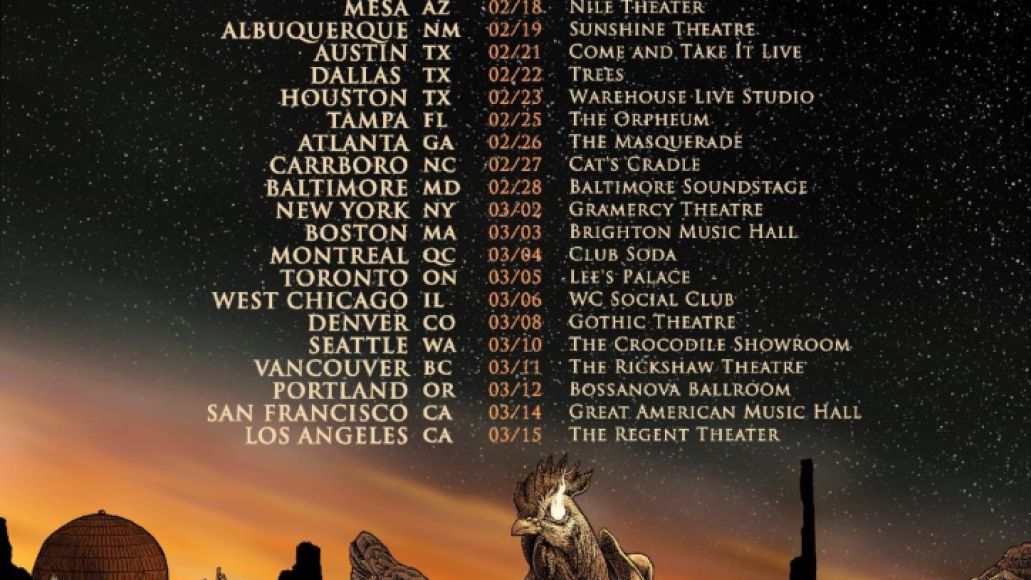