Ohio upstart Jasiah is known for his screamo-influenced, aggressive style of hip-hop, and he has linked up with stylistically like-minded rappers Rico Nasty and Denzel Curry for his new song, “Art of War”. Check out the track below.

Over sparse, abrasive production, the rappers unleash a flurry of bars flexing on their haters. “Angel of Death, better known as the messenger,” Curry boasts. “I kill your favorite rapper and his manager/ I grab the mic and I’ll damage ya/ Super Saiyan stamina, my clip is long like et cetera.”

Meanwhile, Rico lets the competition know she’s not to be trifled with. “Sit down low, ho, you ain’t steppin’,” she spits. “I’ma do that shit, if you know, it’s reckless/ Bitch wanna fight me? She don’t like me?/ Put that lil’ bitch on a mothafuckin’ white tee.”

The track isn’t Jasiah and Rico’s first time working together. He produced “Check Me Out”, off of her excellent debut album, Nightmare Vacation, released in December 2020.

“Art of War” is expected to appear on the follow-up to Jasiah’s April EP War. 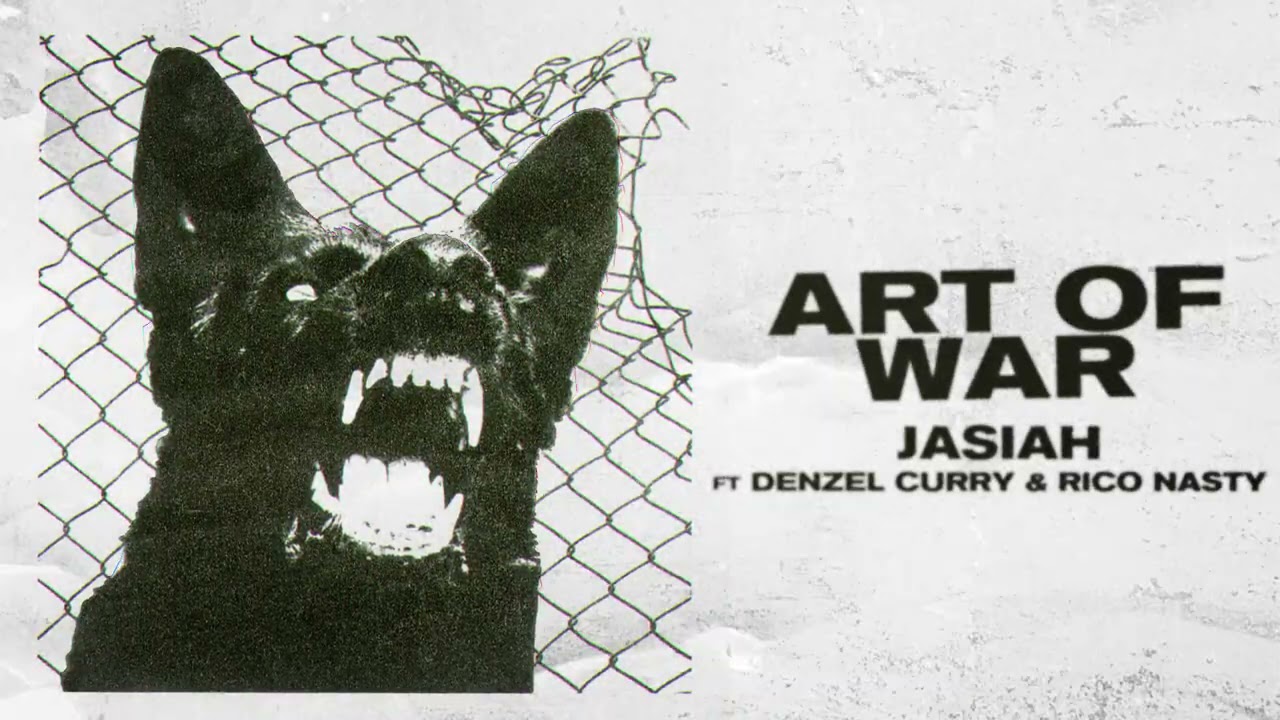