We’ve reached the part of Shawn Carter’s life where it’s actually a surprise to hear him talk about rap, as he did on HBO’s The Shop in May. Diehards already knew he boycotted the 1999 Grammys to defend DMX’s honor when he was snubbed, but just hearing him tell it again to LeBron James felt refreshing.

It was the rare Jay-Z rap bit that felt untangled from his full-blooded belief in capitalism. Just look at Jay’s 2021 features — his showing up alongside crypto-mogul Nas on DJ Khaled’s “Sorry Not Sorry” fell short of being “another one,” and his appearance on the Judas and the Black Messiah soundtrack stood out because he was Jay-Z, a capitalist on a project dedicated to a socialist.

An honest talk about Jay-Z’s purportedly pro-Black yet deeply American economic belief must include these two facts: A) He’s always been about capitalism; you’ll figure that out in three songs, tops. But the reason it’s become an explicit talking point — or B) — is because the hip-hop bubble has become democratized to the point where the pro-Puff Daddy acolytes have roughly the same platform as those who say it’s not simply Mo’ Money Mo’ Problems, but that the main problem you ought to be dealing with is capitalism’s vile nature. Jay-Z’s idealism never neatly fit all this space’s pegs.

The Shop did let us in on another thing that remains unchanged about Jay-Z: He loves Reasonable Doubt, which was released on this day in 1996. He admitted he struggled with deciding whether he loved it more than his other classic, 2001’s The Blueprint. But even back then when he only had half a bar to give haters, he needed an entire one to detail how Reasonable Doubt should’ve gone triple platinum.

And there’s everything else in the 25 years since — its role in Roc-A-Fella’s split; Jay-Z yanking it from streaming services, and blogging about how it’s his best. The album he had time to feel the most distance from is the one he holds the tightest.

At 51, he can never really divorce himself from 26-year-old Jaÿ-Z, because Reasonable Doubt is the foundational text of his free-market worldview. Whether philanthropic or reckless, what strings Jay-Z’s recent three-comma adventures together is how they’re tied to this apparent belief in capitalism’s restorative potential, in how a system that’s abused Black Americans can be willed into working for them. But before extolling capitalism’s virtues, he convinced us of its wrath. Reasonable Doubt is a harrowing look through the pursuit of money’s eradicative nature: capitalism’s Old Testament.

Jay-Z tends to be a sharper writer when he’s in that mode: A paranoid street disciple this well-drawn is instantly believable. His style has been “conversational” for at least half his life. It describes a certain fluidity, but what really makes his rhymes picturesque is how every flow switch and accent naturally fit the nuances of each thought.

Maybe you haven’t been a drug dealer in ‘90s Brooklyn, but you might understand his mind’s wrinkles. “Politics as Usual” pans through a wide scope of physical and mental space while coloring each inch. In its final couplet, he leans on internal rhyme to show that claustrophobic relationship between excess and perdition: “Ain’t no stoppin’ the champagne from poppin’/ The drawers from droppin’, the law from watchin’.” His tour ends with an abrupt “I hate ’em,” where you can feel the bloodshot side eye.

Jay-Z weaves through unimaginable stakes with daily tongue for most of his debut. His confidence in “Can’t Knock the Hustle” is world-beating because he had the audacity to be Black and get rich without being an entertainer (“Can’t knock the way a n—- eating, fuck you even!”). “Dead Presidents II” is the feverish peak, where you see Cristal and death blend into a cyclical reality in real time. Jay taunts rivals he knows will shoot him if given the chance because they did it to a friend, whose hospitalization was a “minor setback” — part of the game.

Ski Beatz’ production also carries some of the emotional weight. Nas’ haunted voice breaks into the Lonnie Liston Smith sample to declare, “I’m out for dead fuckin’ presidents to represent me,” as if he’s breaking a fourth wall to remind you things have always been this way.

Reasonable Doubt nudged itself into a New York scene that Biggie still gripped and an It Was Written-era Nas held in anticipation. By 1996, Jay was another, less-established rhymer rapping about the spoils of crime. Perhaps that’s what led to some of the first reviewers’ reservations.

“In terms of subject matter,” Charlie Braxton wrote in his four-star write-up in The Source, “Jay-Z isn’t saying anything new. It’s the same ol’ criminal melodrama that you hear on so many rap LPs nowadays.” It reads like the sort of criticism Jay predicted in the album’s run-up. “At first people will say, ‘He’s talkin’ about hustlin’,” he told Chairman Mao for Vibe. “But [it was written] at a time when hustlin’ was my life. So now I’m tellin’ ‘em, ‘Let me do my rap thing. That’s my way out. Just let me go.’”

But it checks out that we’d see more Jay-Z-adjacent stories, sans the Lexuses — racist government policies assured there would be. There was Ronald Reagan’s false belief in a trickle down economy, and cuts to social programs decimated Black communities, making the ruins of crack cocaine a ubiquitous economy. The answer for many was, yes, Black capitalism — the belief that liberation lies in investing money in Black businesses.

At worst, it gaslights folks into thinking their poverty is really on them and not on decades of discriminatory housing and loan policies. On the “22 Two’s” skit, the concept pops up in a traditional sense for a moment. After pivoting from bigging up Jay-Z to throwing out a rude attendee, a show host launches into a speech that fades out as she tells the audience to “put our own money in our businesses.” It feels like a tangent; Jay swears he’d “commit atrocities like we got immunity” for a platinum Rolex over the punch-drunk horns of “Can I Live” one song later. He raps with a worn resolve of someone forced to strongarm the system into working for him.

But it’s easier for a system to shoulder guilt than a single person, and Jay-Z’s tux barely covers his. “D’Evils,” Reasonable Doubt’s most gothic track, finds him kidnapping the baby mother of a former childhood friend and torturing her with cash crammed into her mouth. It roughly has the surreal violence of 36 Chambers‘ torture skit, except Jay’s achingly self-aware of the scene’s psychotic-ness by the time he presumably kills her: “Don’t cry, it is to be, in time/I’ll take away your miseries and make it mine.”

“In order to survive, gotta learn to live with regrets” is Reasonable Doubt’s parting advice via “Regrets.” The narrator’s improbably on top — he decides against ordering a hit because “hustle’s goin’ too well” — but within the beach shore-evoking chords, the overall vibe is not victory, but weary respite, like a team whose Game 1 victory cost them their captain’s Achilles.

It makes sense Reasonable Doubt stands as Jay-Z’s darkest album. His sights grew quickly from leaving the streets to becoming a legitimate mainstream star with some stories of illegitimacy, an ambition he’d realize by his quintuple platinum third album. He still slung brutal language about moguldom — see “I’m rapin’ Def Jam ‘til I’m the hundred million man” on “U Don’t Know” — but he cleaned himself up to maintain his pop culture cachet.

Jay’s image is uncontroversial enough for campaigning politicians to awkwardly grasp at, as if attaching themselves to him as the example of what America could be might get some of his cool aura to rub off on them. It’s the weird yet somehow obvious conclusion to his character arc: A man who had to rebel and force his way into an anti-Black establishment before becoming the establishment himself.

And in that shift he became its cudgel. The most cynical conservative spin on Jay-Z’s growth is how it’s not exceptional and the reason there aren’t more Jay-Z-type magnates rests on the person, not the establishment. That’s really more of a cruel side effect than Carter’s intention.

Meek Mill became a symbol of mass incarceration when he got sentenced to state prison in 2017 after a near-decade long fight with an imperious judge. While Jay-Z spoke out in his defense, the judge used him to justify her obsession with Meek. “[A]fter doing all I’ve done for you over these years trying to help you have a career and to move your career forward,” she said in 2014. “Because I said, ‘You know what? He has the ability to be like Jay-Z. He has the ability to make Jay-Z’s kind of money.’”

That’s one of the pitfalls of Black capitalism: The wealth of one individual doesn’t absolve the failings of an entire system, no matter how much it tries to convince itself otherwise. While Jay-Z in 2021 stands as a symbol of capitalism’s complicated virtues, Reasonable Doubt reveals its stark costs to those willing to listen. 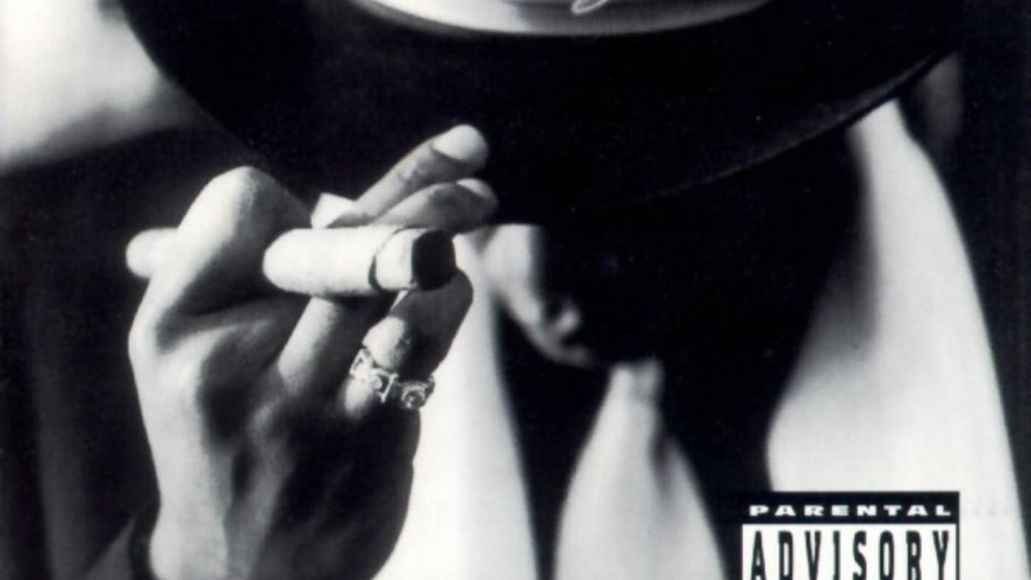 Ballistic: Ecks vs. Sever Is the Worst-Reviewed Movie on Rotten Tomatoes — 20 Years Later, Is It Still That Bad?

10 Years Ago, The Master Foreshadowed the Mess of American Politics