JAY-Z has commissioned a non-fungible token to commemorate the 25th anniversary of his 1996 debut album Reasonable Doubt. Created by Brooklyn-based multidisciplinary artist Derrick Adams, the NFT is titled Heir to the Throne and is being auctioned off at Sotheby’s. (Via Pitchfork.)

Opening bids for the NFT start at $1,000, with the auction set to close on July 2nd. A portion of proceeds from the sale will go directly to the rapper’s eponymous charitable organization, the Shawn Carter Foundation, whose mission is to “help individuals facing socio-economic hardships further their education at post secondary institutions.”

“With this NFT project, we jointly embrace the opportunity to further the conversation about how artists of different mediums contribute to a more inclusive society,” added Adams. “My portraits aim to capture the sensibility, optimism and beauty of urban life, and in JAY’s work I’ve found tremendous kinship.” Get a first look at a static rendering of the Reasonable Doubt NFT after the jump.

Released June 25th, 1996, Reasonable Doubt heralded the arrival of the then-26-year-old rapper and contained four hit singles, including “Dead Presidents”, “Ain’t No N***a”, “Can’t Knock the Hustle”, and “Feelin’ It”. The album has since been certified platinum and is collectively considered by many hip-hop fans to be the best body of work in Hov’s lengthy discography.

Earlier this month, JAY-Z’s Roc-A-Fella Records sued co-founder Damon Dash to halt his attempt to commission his own NFT of the rapper’s seminal LP. A federal judge ruled Dash had “no right to sell the album or any rights to it” as those rights are still held by the record label.

Meanwhile, the first trailer just dropped for The Harder They Fall, the Hov-produced Western starring Idris Elba and Jonathan Majors, and the rapper is set to be inducted into the Rock & Roll Hall of Fame as part of the Class of 2021. In May, Jay — who’s featured on DMX’s new posthumous album Exodus — and wife Beyoncé also reportedly purchased the world’s most expensive car for a cool $28 million.

Heir to the Throne NFT: 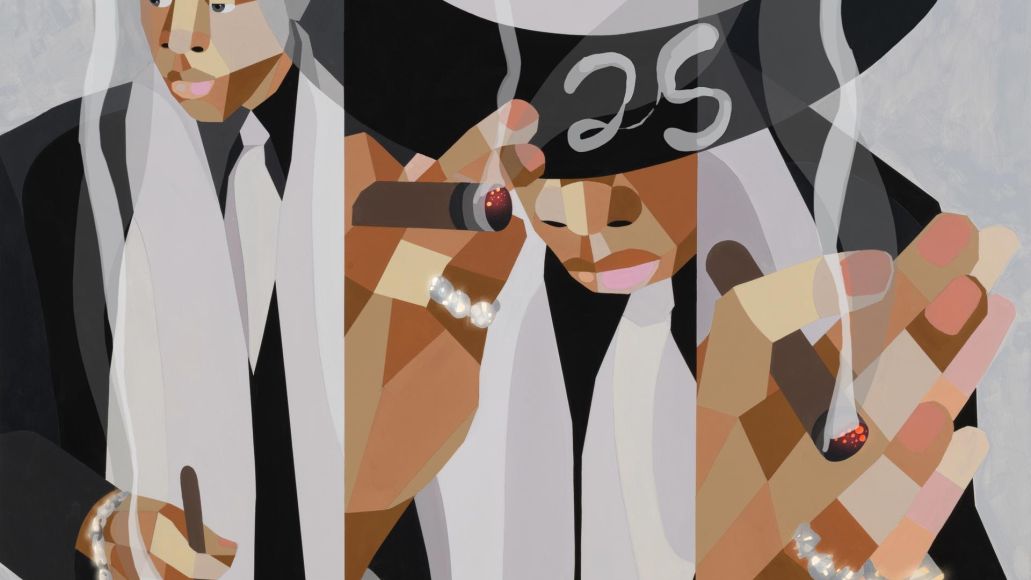