The band brought out the pyro as they entertained the film festival crowd with an outdoor concert that opened with “Detroit Rock City” and also included “Shout It Out Loud”, “War Machine”, and “Heaven’s on Fire”, before closing out with the classic “Rock and Roll All Nite”.

“We don’t have a permit to make a long show,” said singer-guitarist Paul Stanley before the last song. “So this is a little short. It’s like a sampling before you get your big meal in August.”

With that line, Stanley confirmed that KISS will indeed kick off their rescheduled farewell tour dates on August 18th in Mansfield, Massachusetts. The U.S. leg runs through an October 6th show in Lafayette, Louisiana, with tickets available via Ticketmaster and StubHub.

Biography: KISStory will premiere on A&E as a two-night, four-hour program airing June 27th and 28th at 9 p.m. ET each night.

Watch KISS performing at Battery Park during the Tribeca Film Festival in the fan-filmed YouTube videos below. 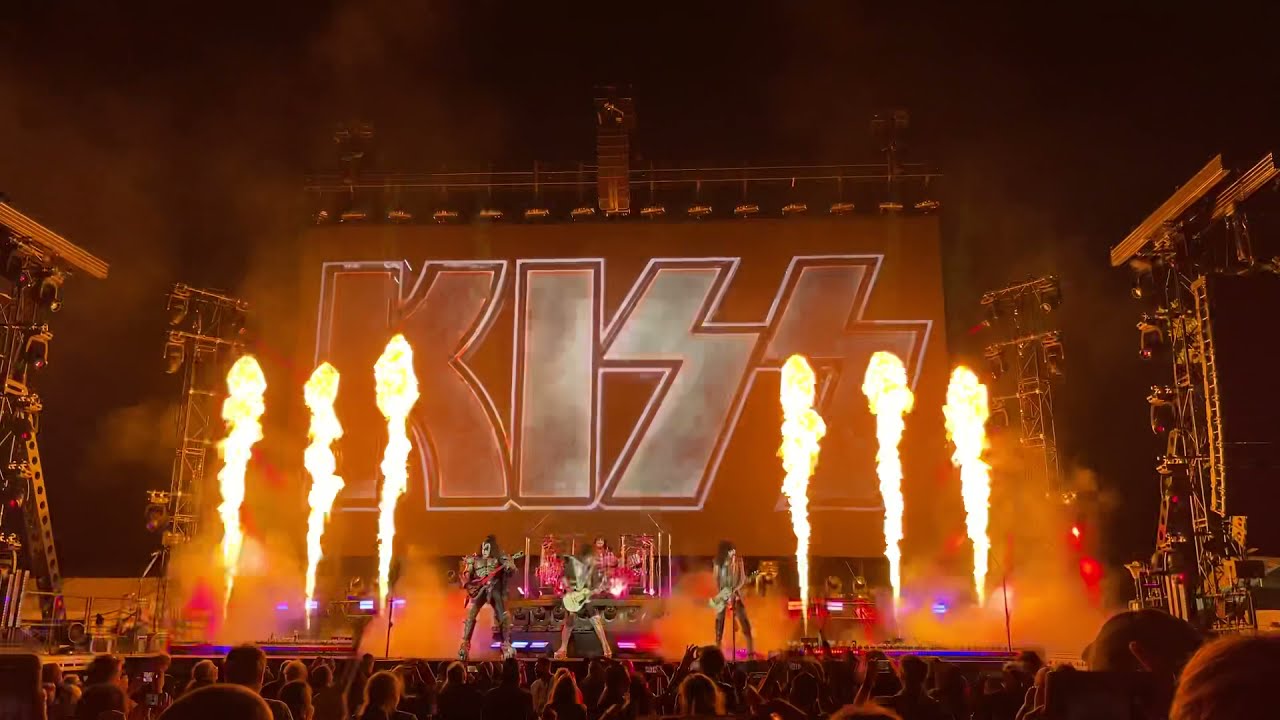