Featuring lead single “Good Side”, which was first shared back in 2019, the 13-track LP also includes previously released tracks “Hey Lou”, “Spanish Doors”, and “In There”. Soberish marks Phair’s first new body of work in eleven years. The project sees her reunite with producer Brad Wood, who worked with the singer-songwriter on her 1993 debut album Exile in Guyville as well as on 1994’s Whip-Smart and 1998’s Whitechocolatespaceegg.

“It was so great to work with Brad again and find our stride, if you will,” Phair recently told Kyle Meredith With… on the Consequence Podcast Network. “I love that we can look at the music we’ve done now and still feel, sort of, the elements of the past, but it’s completely different. It’s completely surprising to us, too, how we sound together.

“One of the things that’s so great about Brad,” she continued, “is he has a memory like a steel trap. Like, he can tell you exactly what plug-in we used on Guyville or on Whip-Smart or any of the stuff we’ve worked together on. So we kind of took the approach of, ‘Let’s use the alphabet of Guyville, but let’s re-scramble it into a totally different language.’ I really wanted us to feel like we were on a surprising footing, so that we were searching and we were pushing into the new for ourselves. But we used a lot of the sounds from our previous incarnation, if you will.”

Liz Phair on New Album Soberish, Touring with Alanis Morissette and Garbage, and Exile in Guyville

Check out the NYC-themed cover art and tracklist for Soberish after the jump. To support the album, the “Why Can’t I?” singer will be joining Alanis Morrissette as an opening act on her recently-rescheduled Jagged Little Pill 25th Anniversary Tour. (The run of shows now kicks off August 12th at the Germania Insurance Amphitheater in Austin, Texas.) Phair is also headed to Milwaukee this September as part of the Summerfest lineup. 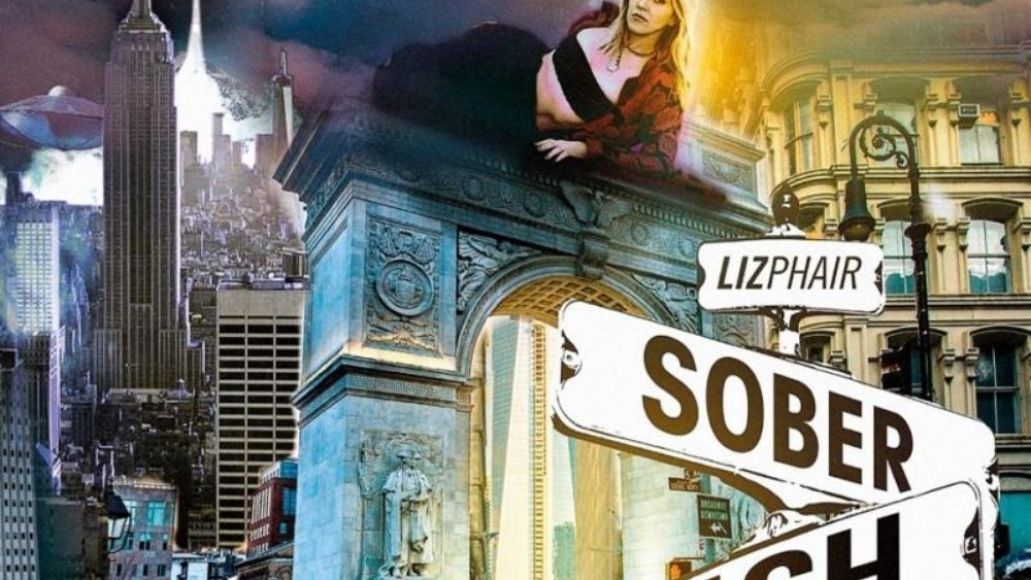