Song of the Week breaks down and talks about the song we just can’t get out of our head each week. Find these songs and more on our Spotify Top Songs playlist. For our favorite new songs from emerging artists, check out our Spotify New Sounds playlist. This week, a murderer’s row of stars cover Metallica’s “Nothing Else Matters.”

This year marks three decades since Metallica released their self-titled album, remembered as The Black Album, and Miley Cyrus, the reigning queen of rock covers and collabs, isn’t letting the anniversary pass without some acknowledgement.

With the help of quite a few impressive friends — WATT, Elton John, Yo-Yo Ma, Robert Trujillo, and Chad Smith — Miley has honored the original track with a sweeping arrangement that shows off her characteristically killer vocals. The song choice is a perfect setting for her octave-spanning rasp, and when juxtaposed with tender instrumental breaks from Elton John on piano and Yo-Yo Ma on cello, the decades-old track feels new again.

Miley Cyrus has had a packed schedule lately: her Pride Month concert special, “Miley Cyrus Presents — Stand By You” begins streaming tonight on Peacock. The taping brought the native Nashvillian together with members of both the country music and LGBTQ+ communities, featuring covers of ABBA, Cher, and appearances from artists like Orville Peck and Maren Morris.

For years, Miley Cyrus has proven her ability to dance between genres, tipping her hat to artists while also offering her own small twists to their work — why not add Metallica as the latest on the list? 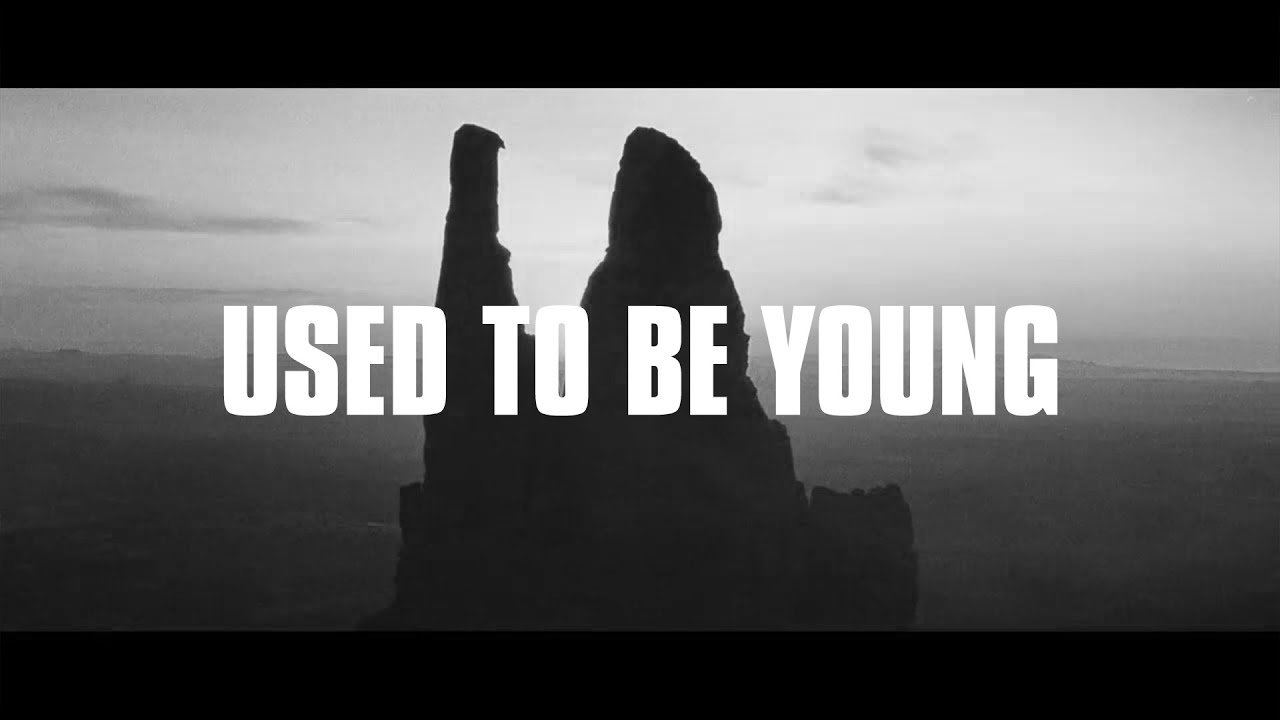 Ahead of his sophomore album, Ski Mask the Slump God has dropped off Sin City The Mixtape to whet fans’ appetites. If “Dr Seuss” is any indication, the South Florida rapper is back in fine form after he took some time to recover from the deaths of his friends XXXTentacion and Juice WRLD. Nimbly switching between his signature aggressive flow and a whispered delivery, Ski Mask crushes a horror movie-inspired beat with ease. He shouts out Kurt Cobain, Puss in Boots, and Freddy Krueger — all while comparing his flow to a literal infection. — Eddie Fu 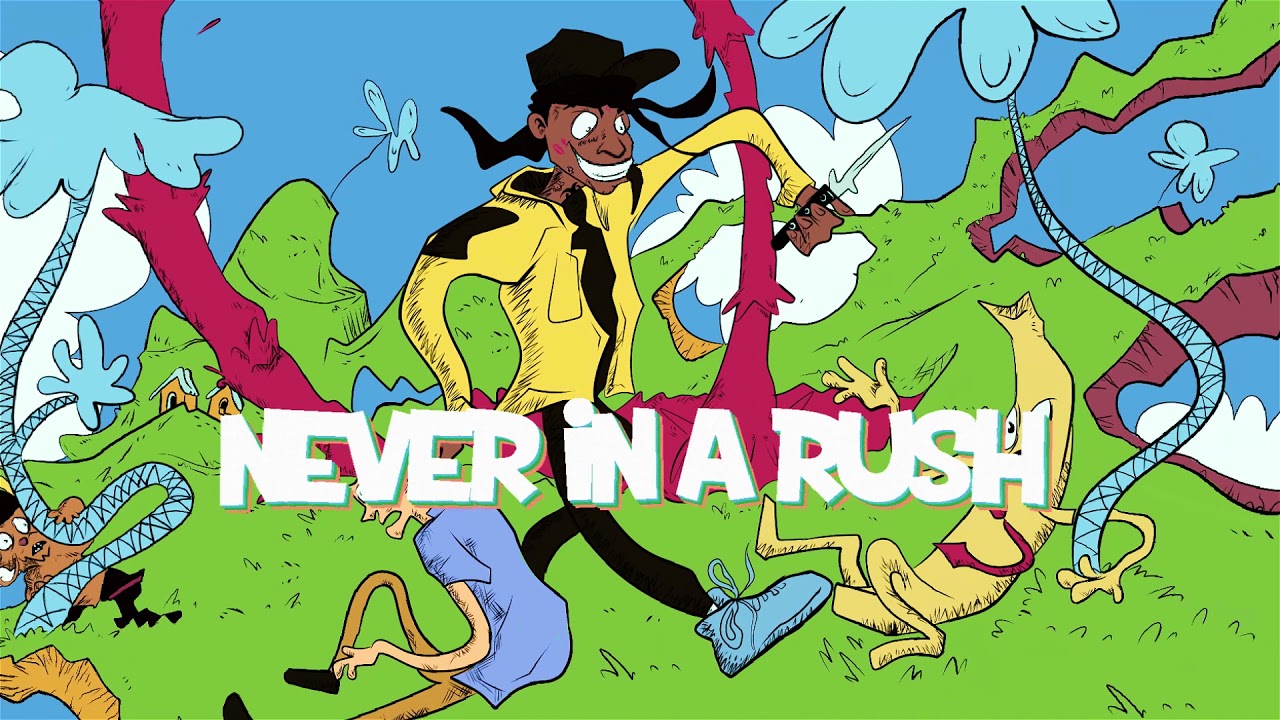 Foxing – “If I Believed in Love”

The emo trio Foxing have found a fresh take on one of their oldest and most beloved themes. As they said in a statement, “’Love’ is a word that we use in almost all of our music. IIBIL aims to challenge and revere our favorite little word.” The song does this with the help of Manchester Orchestra’s Andy Hull and a grand leap into the epic. “Every time I run wild from the hint at heaven,” Conor Murphy wails, before vaulting his voice upwards into some “Ohs,” so high they could high-five God. “Oh, now what do you believe in?” “If I Believed in Love” is a song that locates the agony in the act of questioning. — Wren Graves

JP Saxe takes an emotionally precarious trip down memory lane on the title track of his debut album, Dangerous Levels of Introspection (also out today). Looking back on a nostalgic not-so-distant past, the singer-songwriter doubles down on the stream of consciousness vulnerability captured so effortlessly on “If The World Was Ending,” his eerily-timed pandemic-era duet with real-life girlfriend Julia Michaels. While Saxe waxes nostalgic about his old, beat-up Chrysler LeBaron and lost nights in Venice Beach, the memories at the center of the wistful reflection are a lost love and the person he was before he shot to fame. — Glenn Rowley 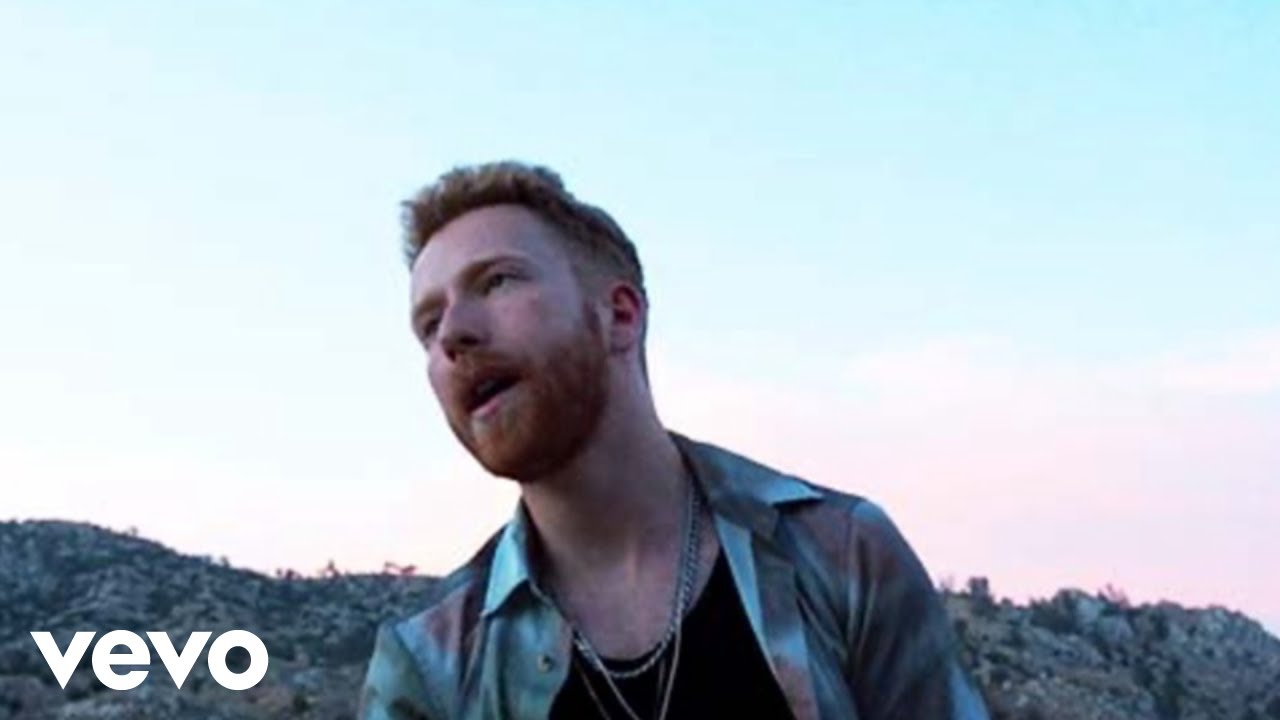 Polo & Pan gravitate towards building songs out of vintage French pop vocal lines, often obscure, and injecting them with a fresh, modern glow. However, on this standout from their new album Cyclorama, they toy with a sample more well-known than anything else in their catalogue: Pilot’s “Magic.” The choice to use such an iconic melody and make it undeniably their own is a testament to their abilities as producers and curators.

“Magic” is the apex of the Polo & Pan model: a soaring, effervescent attempt at capturing the infectious emotion and aesthetics of both the French Riviera and a late night tent set at a festival. With dizzying swirls of synths atop a dance-worthy groove, “Magic” finds Polo & Pan at their most radiant, bringing 6 minutes and 48 seconds of pure, ecstatic joy to our summer playlists. — Paolo Ragusa 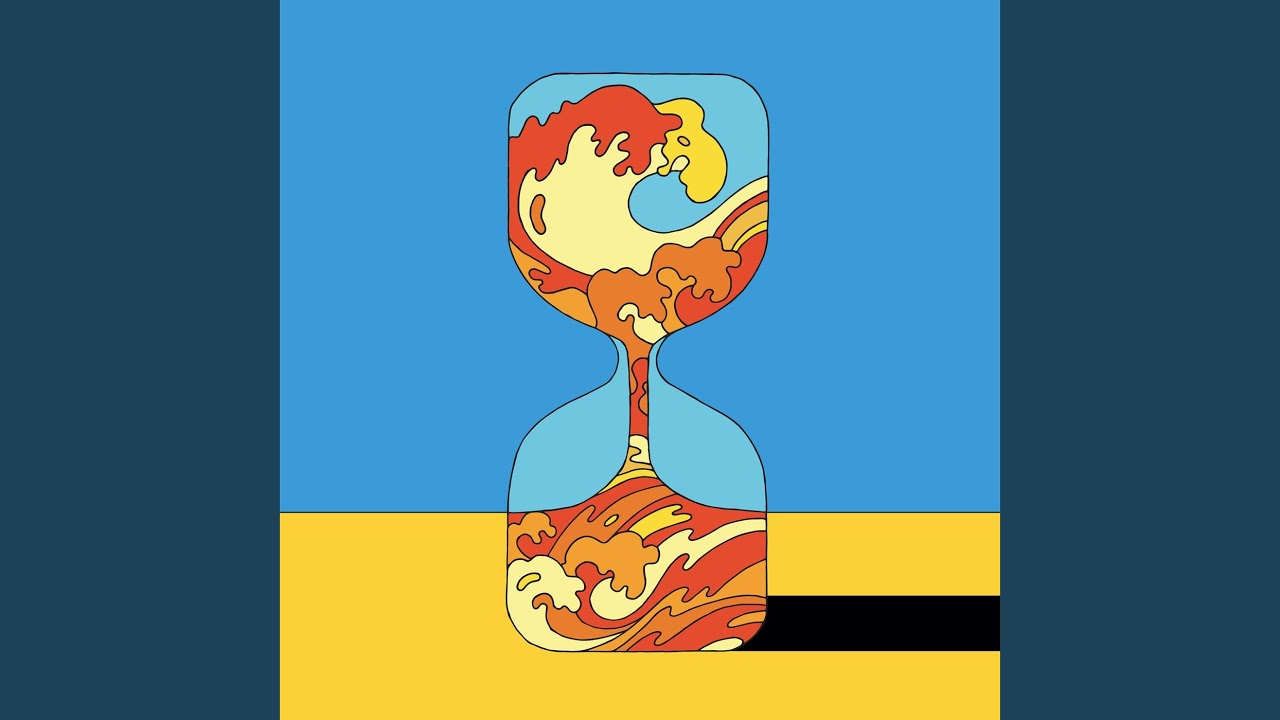 Ricky Montgomery – “Talk to You”

First and foremost, “Talk To You” is a testament to Ricky Montgomery as a 2020 success story. After signing to Warner Records in the wake of going viral on TikTok during the pandemic, the song follows up on the incisive promise of his earlier independently-released hits like “Line Without a Hook” and “Mr Loverman” from 2016’s Montgomery Ricky. However, it’s not all roses and rainbows: the track’s sunny sonic palette belies its yearning, heartfelt lyrics as Montgomery wrestles with the 10-year anniversary of his father’s death. — G.R. 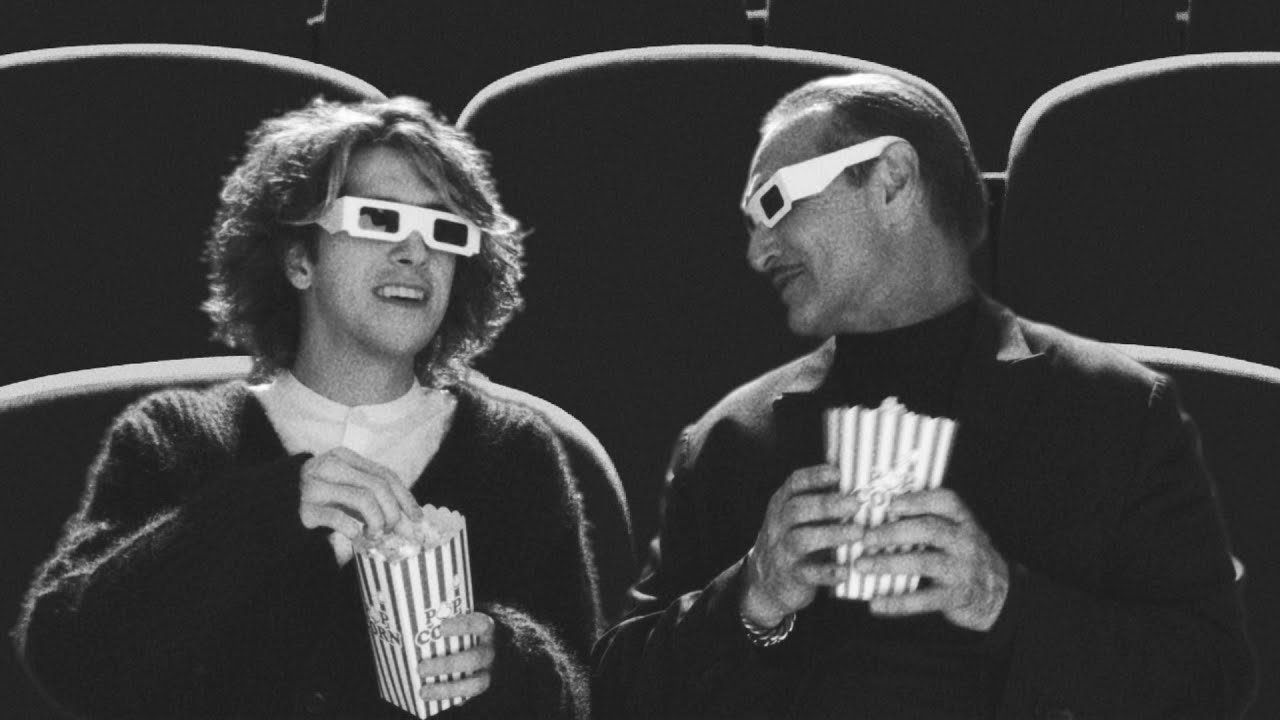 As Still Woozy, Portland musician Sven Gamsky makes distorted indie pop that calls to mind some of the best moments life has to offer: the thrill of falling in love, the simplicity of a spontaneous summer evening. But even Gamsky knows that existing as a human on earth isn’t always so easy. On his latest single “That’s Life,” he uses his penchant for earworm grooves to evoke the mental and emotional rollercoaster of functioning in a corporeal form.

“One minute I’m up, one minute I’m face down,” Gamsky murmurs in one fell swoop. The accompanying music video for “That’s Life” depicts him as a Cast Away protagonist in one shot, a failing musician in the next. After all, you don’t get rainbows without a storm. — Abby Jones 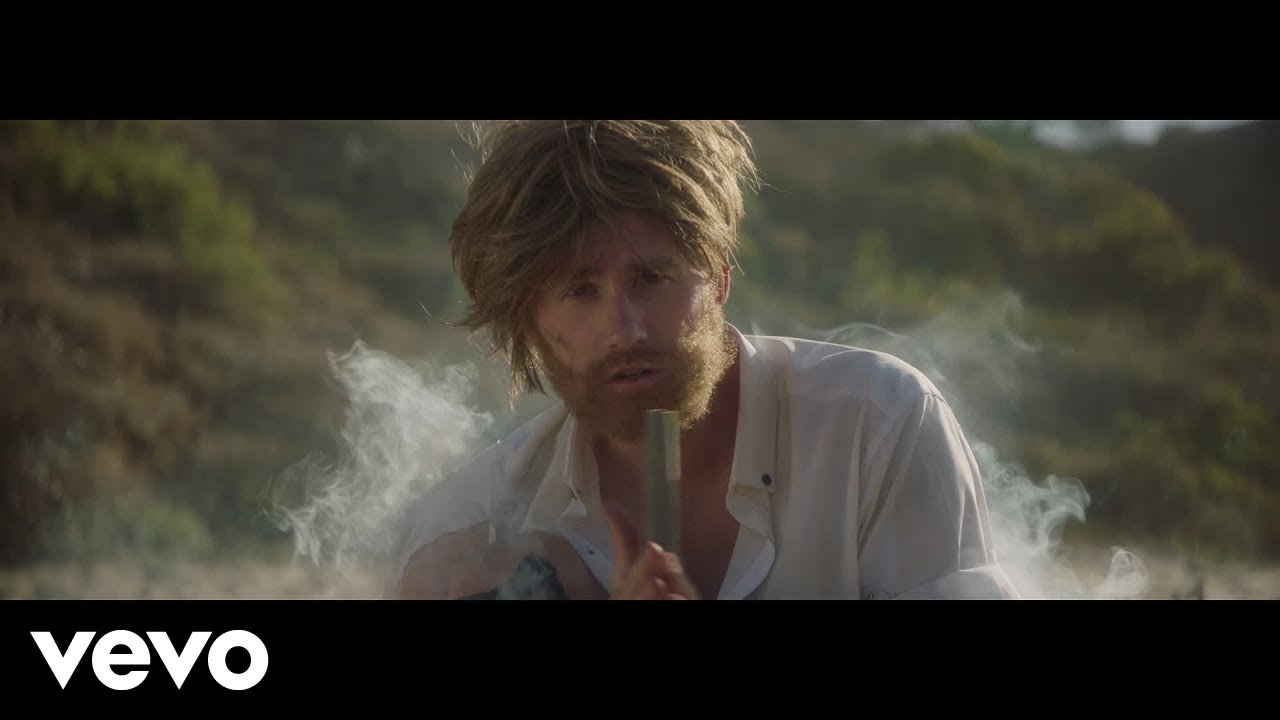 “‘Jagna’ is polarity. ‘Jagna’ is release, ‘Jagna’ is my soul, ‘Jagna’ is my rage.” UK-based Ethiopian-Egyptian artist ALEWYA has a hard time explaining just what the title of her latest release refers to, and “Jagna” is, in fact, hard to pin down. There’s anger simmering throughout the track from the jump, and ALEWYA’s pace leaves the listener breathless, but there’s also a certain air of relief. There’s a confidence that runs through ALEWYA’s work: it seems that she always has something to say, even if it might be more difficult to succinctly verbalize the contents of tracks like “Jagna” in a few quick words. Instead, better to be swept away by her “desperation, surrender, and vulnerability,” knowing all are possible at once. — M.S. 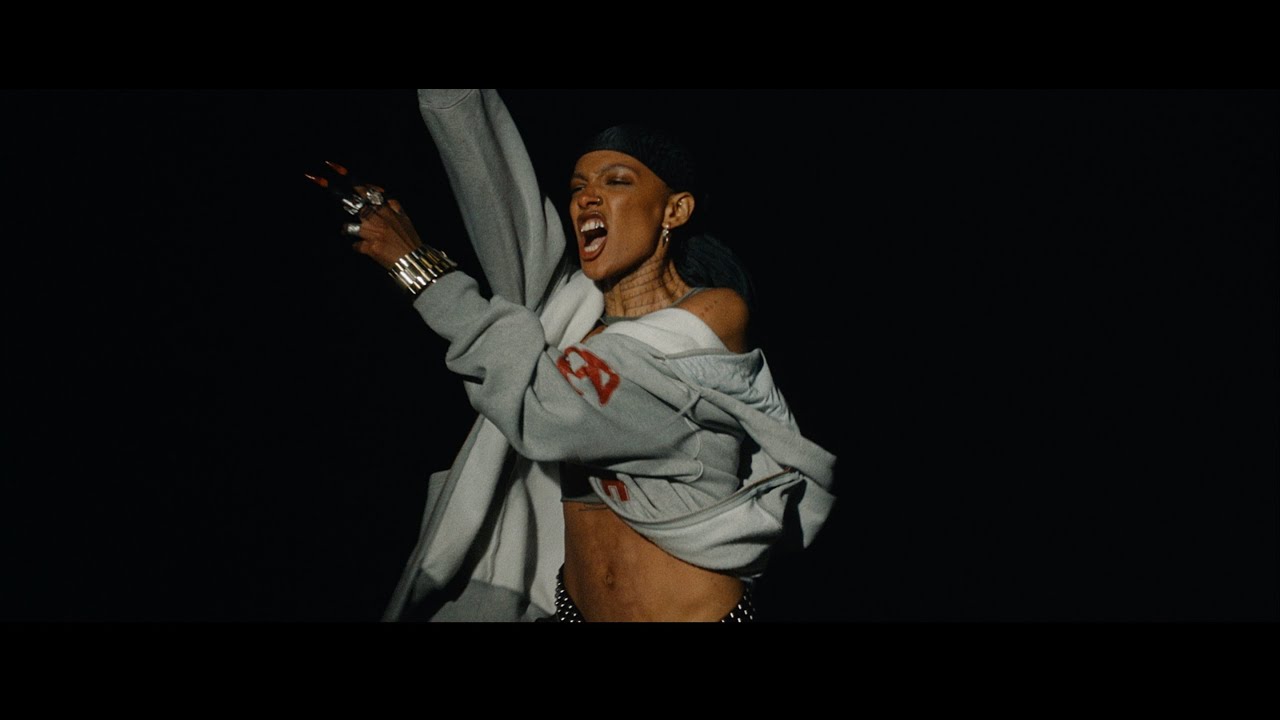 Litany’s strengths lie in how instantly relatable her songs about relationships can be. The rising UK pop artist explores dating in the digital age with a frankness that could either be a text message or a journal entry, and in “Sleepover,” both are on display. The track is about the moment where the line between friends and lovers is crossed, and the fallout could be true love or devastation. “Maybe we were too close to be closer,” she sings over a thumping, distorted bassline. As the confusion and regret settles in, she opens the song up to make an impassioned plea to understand: “How could you 180 out of the blue?” The situation is tense, the relationship is hinging on disaster, and Litany sounds as glorious as ever. Following earlier standout tracks “Bedroom” and “Starsign,” “Sleepover” is another terrific example of Litany’s ability to harness a moment and explore it with a pop-minded subtlety that very few can pull off. — P. R. 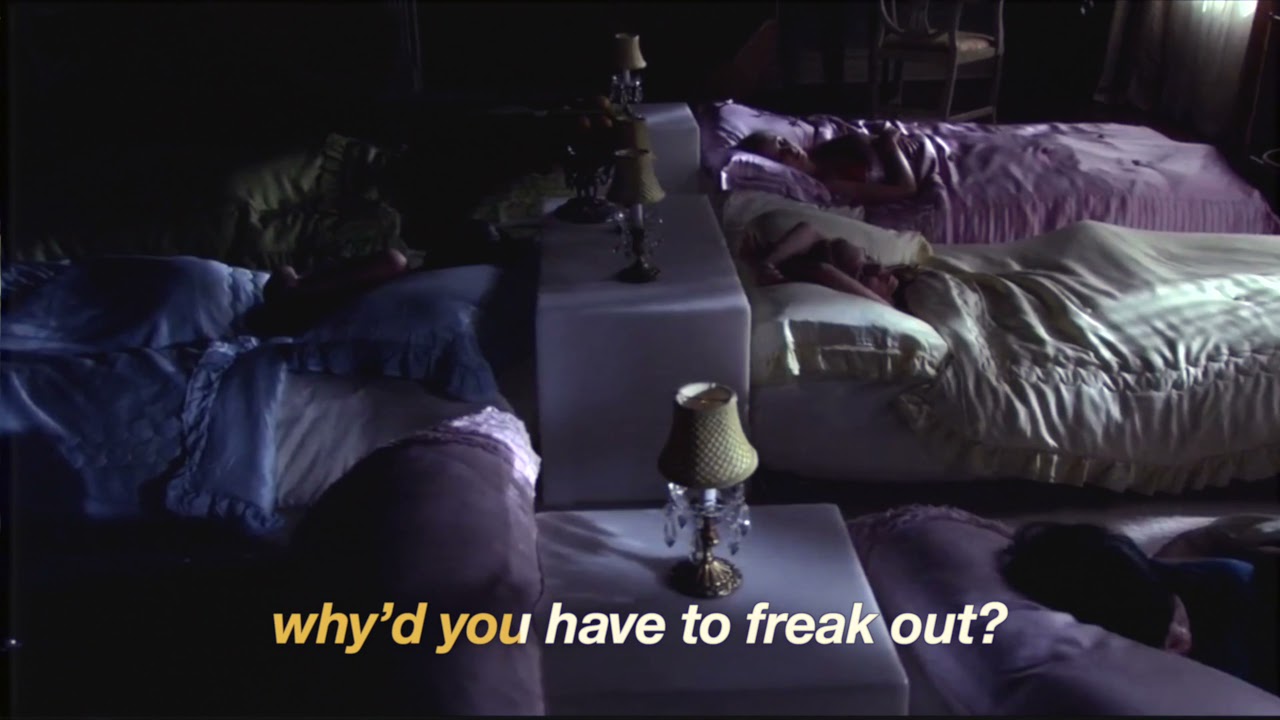 Song of the Week: Miley Cyrus and Friends Take on Metallica's "Nothing Else Matters"