The rise of 11-year-old YouTube prodigy Nandi Bushell has been one of the most entertaining sensations of the pandemic. A multi-instrumentalist who plays drums, guitar, and sings, Bushell’s musicianship is always on point.

She has covered heavy bands like Slipknot and Rage Against the Machine on her channel, showcasing a diverse taste in music and an acute talent for playing it. Often the musicians themselves will applaud the young UK phenom after she drops a new cover.

Combined with a big smile and infectious laugh, Bushell’s skills have made her a viral phenomenon. So much so that she engaged in a headline-making drum battle with none other than Dave Grohl in 2020, giving music fans a a bit of refreshing news during a time in which bands were forced off the road.

But it wasn’t an overnight success: Nandi has definitely put in the work. Some of her earliest YouTube videos see her hammering out drum patterns at age six alongside her dad, who plays guitar. Gradually, Bushell started covering more and more complex material. Now, she’s a bona fide virtuoso.

System of a Down – “Chop Suey” 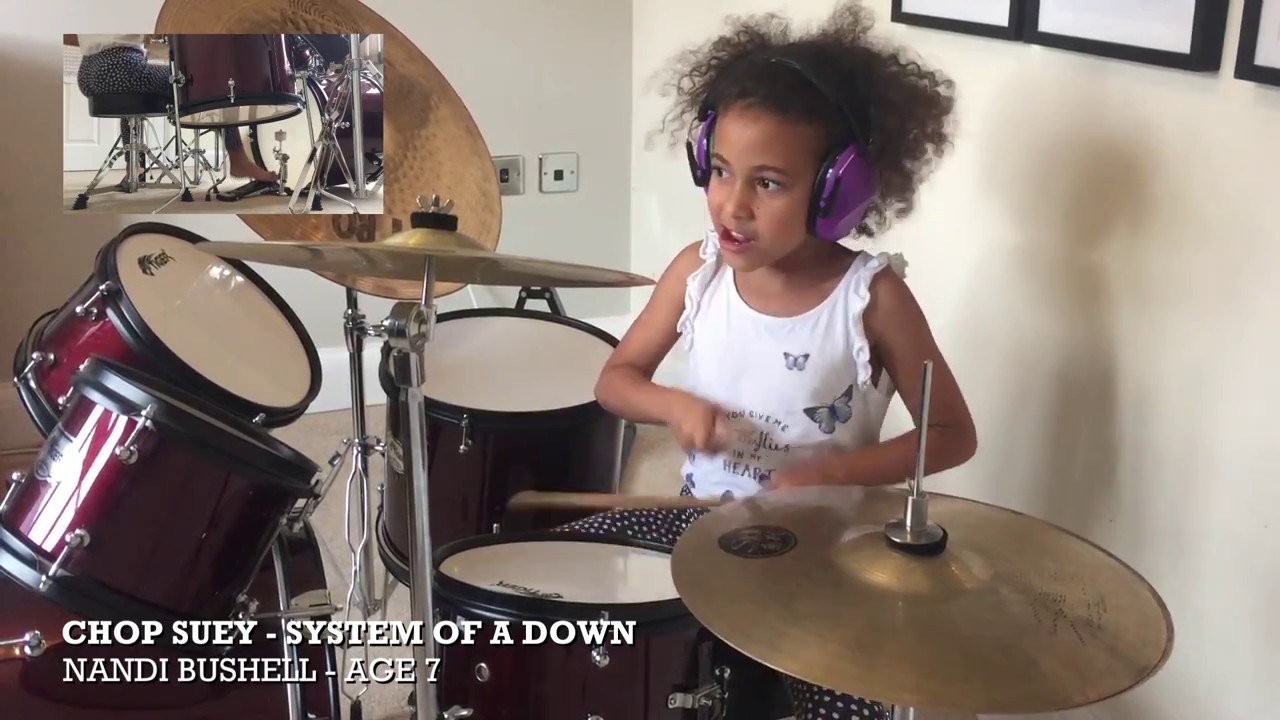 If Bushell has an instrument of choice, it’s the drums. It was the first instrument she can be seen playing on her YouTube channel, and her version of System of a Down’s “Chop Suey” was one of her first drum covers to break 100,000 views. Even more impressive, she was only 7 years old at the time it was uploaded. It’s one of the earliest examples of Nandi’s abilities. 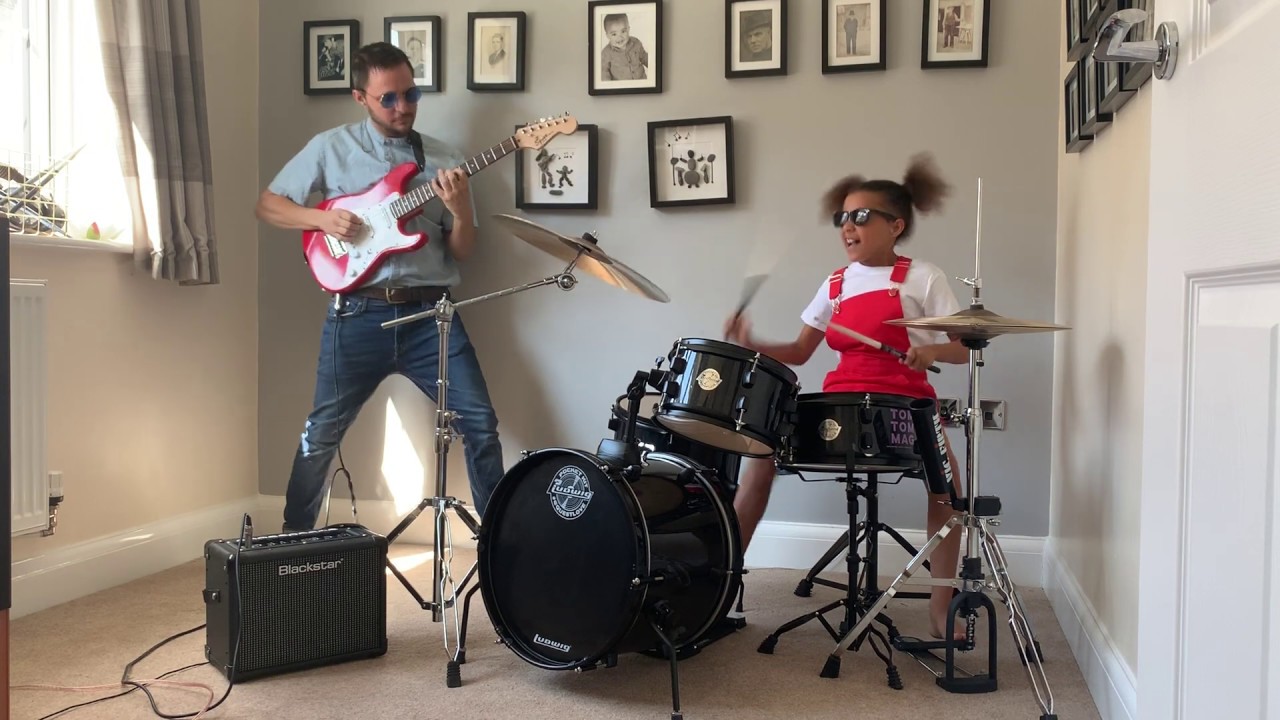 Early on, Bushell jammed a lot with her dad, who appears less on camera these days. The duo’s ripping version of The White Stripes’ classic “Seven Nation Army” became Nandi’s earliest video to top 1 million views. The perfect track to jam with dad, considering the original only featured Jack and Meg White, and you can already see Nandi’s chops getting tighter and more professional. 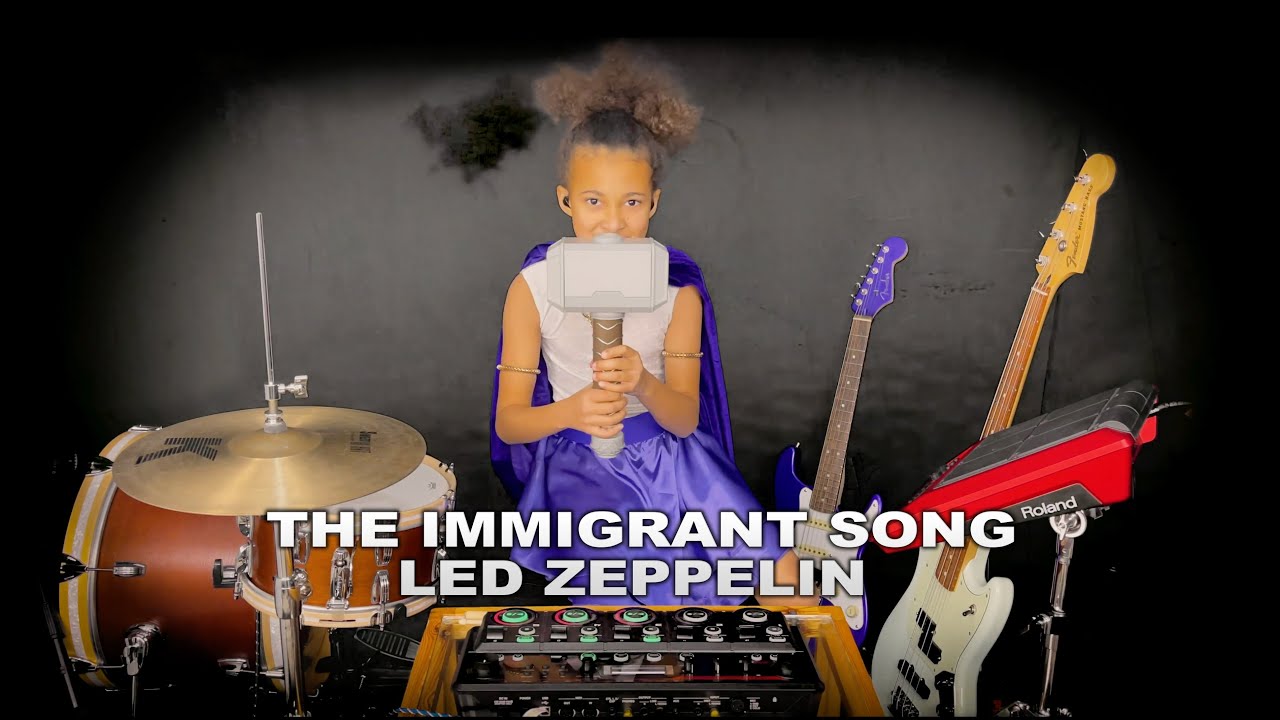 One of the coolest things to observe about Bushell’s videos is how she has picked up different instruments along the way. Her musical journey may have began with drums and guitars, but now she’s dabbling with looping devices and electronics. For her recent cover of Led Zeppelin’s “Immigrant Song”, she didn’t need anyones help, instead using to the looper to create a full backing track for her solo performance. 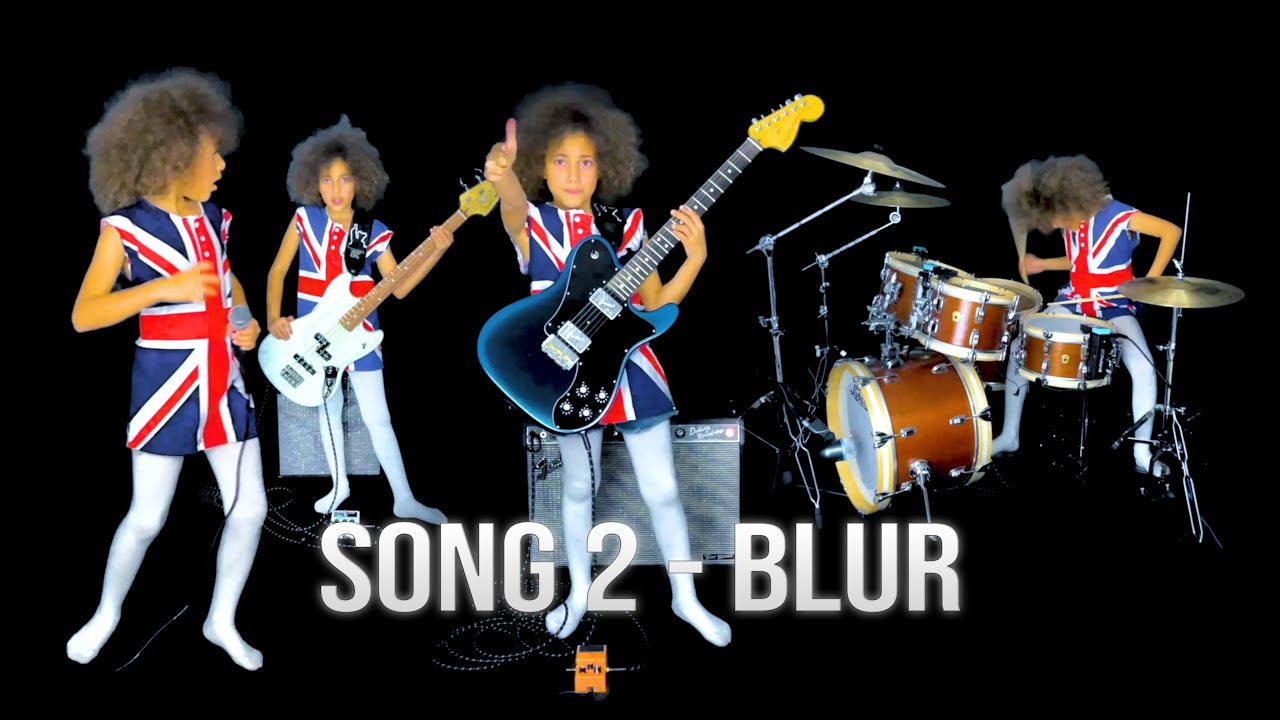 She can also play full-band versions the hard way, tracking every instrument separately like with her cover of Blur’s seminal “Song 2”. Here, Nandi picks up each instrument and builds her cover track by track, stacking overdubs and filming each recording to create a quartet of herself in the video. It’s the classic “quarantine covers” format executed to perfection. 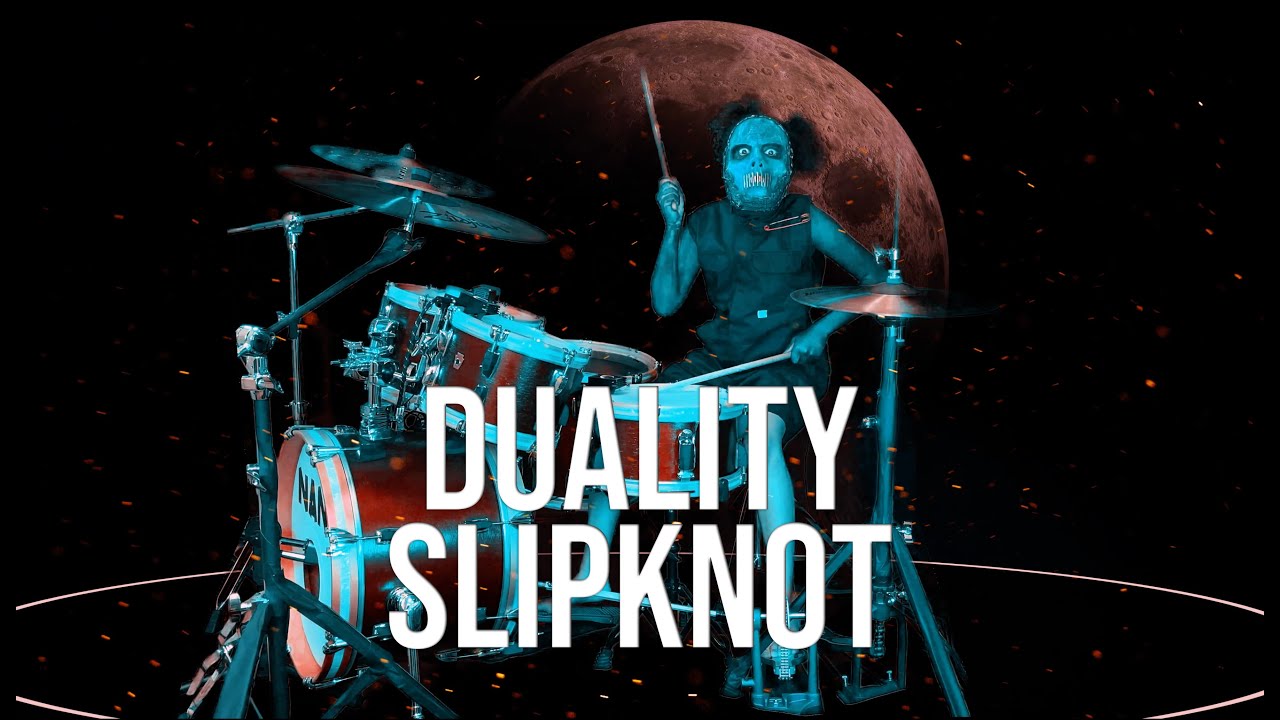 Nandi’s most recent video at the time of this article, this drum cover of Slipknot’s “Duality” is proof of just how far she’s come over the years. She’s mastered Joey Jordison’s double-kick pedal action and recreates the chaotic drum parts with ease. All while wearing a mask in proper Slipknot fashion. Even current Slipknot drummer Jay Weinberg had to tip his hat to Bushell, giving her props on Twitter: “Always crushing it!”