After breaking out with his 2020 mixtape Send Them to Coventry, Salieu has become a trans-Atlantic star, appearing on The Tonight Show earlier this year to perform “Frontline”. His globe-trotting ear bounces between Afrobeat and drill, and as “Glidin'” demonstrates, the results are rarely less than thrilling.

For his verse, slowthai sticks to a philosophy of “live and let live.” He spits, “Can’t be asked, don’t get stressed/ Just look to the sky and say, ‘Nah, I’m blessed’/ It’s an eye for a eye and I ain’t blind yet/ I’m coming from a place where they don’t give a [beep].”

The track comes with a music video directed by KC Locke. It shows the two MCs bouncing off the walls of a padded room and stunting inside of a colorful spiral. Check out “Glidin'” below. 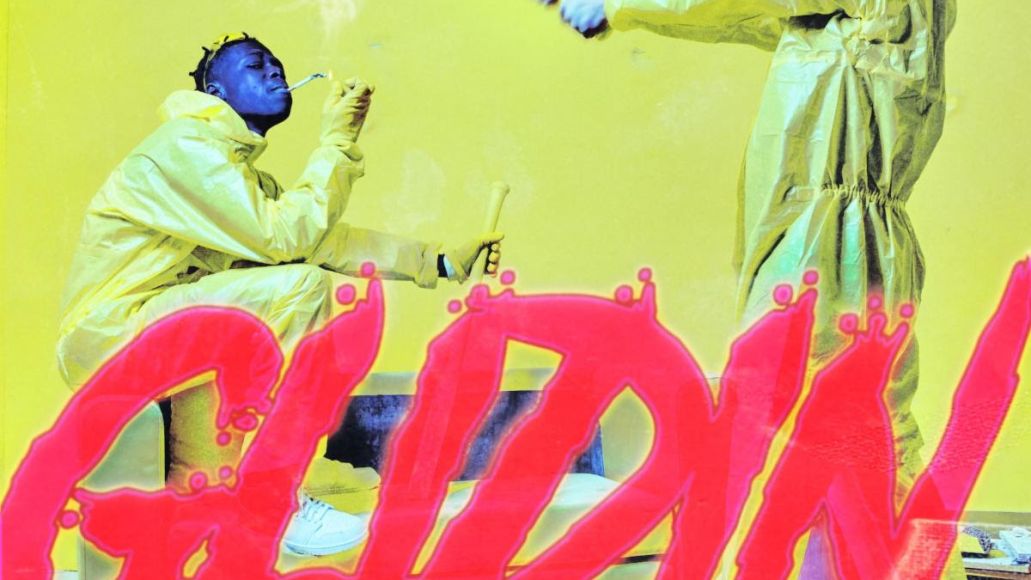