Pinegrove’s last album, Marigold, arrived in January 2020, and now they can properly take their new music on the road. The indie rock band has announced a handful of shows for 2021. The 15-date run will take them primarily along the East Coast, with an appearance at Bonnaroo in September. It marks their first live shows since the original Marigold tour was cut short due to the pandemic.

The tour kicks off in Accord, NY this August, ending with a hometown show in Montclair, NJ in October. Joining Pinegrove are supporting acts Samia, Mikaela Davis Band, Miloe, Grumpy, Indigo DeSouza, Skullcrusher, and Blue Ranger. Tickets go on sale this Wednesday, June 30th, at 10:00 a.m. EST, and you can grab yours via Ticketmaster or on the secondary market here. See the dates below.

In April 2020, Pinegrove surprise-released a live album titled Elsewhere 2, with proceeds going to the MusiCares COVID-19 Relief Fund. Earlier this year, the band debuted a film called Amperland, NY, an ode to the house where they recorded Marigold as well as its predecessor, 2018’s Skylight. 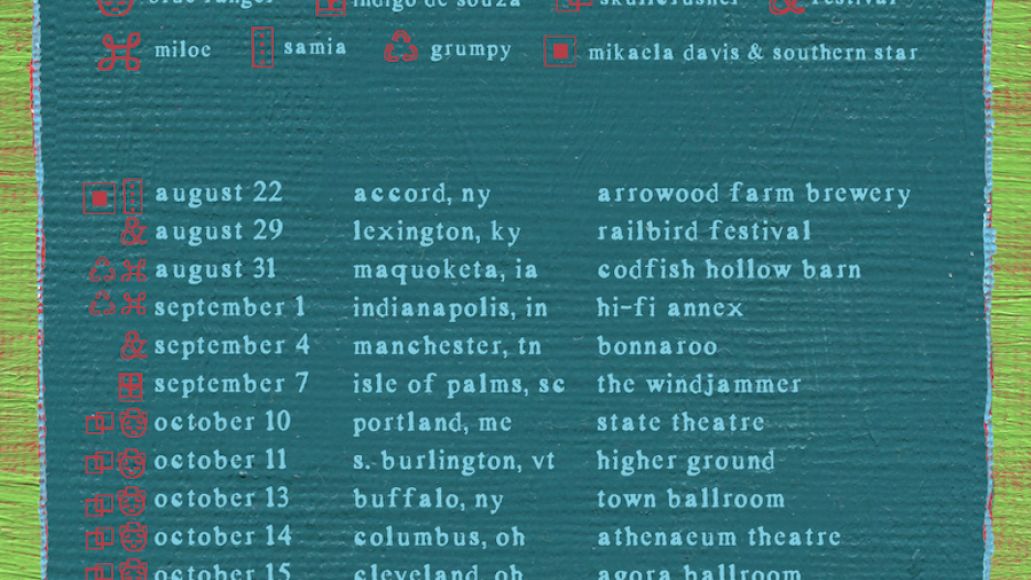