Starcrawler, Here Lies Man, and Warish (fronted by Tony Hawk’s son Riley), will open select dates of the tour. The trek kicks off October 15th in Tacoma, Washington, and runs through November 20th, ending with a show in Anchorage, Alaska.

The tour will take Red Fang across most of the country, including notable dates at Warsaw in Brooklyn (November 4th); The Metro in Chicago (November 11th); and the Bluebird Theatre in Denver (November 15th).

“It’ll be two years in the waiting, but we’re finally hitting the road in October!” remarked Red Fang guitarist Bryan Giles in a press announcement. “If we don’t stop pinching ourselves we’re gonna draw blood. I’m so happy to announce that Starcrawler, Here Lies Man, and Warish are joining us on this epic tour! It’s gonna be a barn burner from start to finish with this line-up for sure. I can’t wait to play tunes off our new album on stage for the first time and see old friends and new, so please come join the celebration with us! Long live LIVE!!!”

Prior to the tour, Red Fang will sharpen up with festival appearances at Psycho Las Vegas (August 21st) and Louder Than Life (September 26th). A previously announced Halloween show with All Them Witches at the Ryman Auditorium in Nashville also falls in the middle of the tour route.

The band is set to drop its first album in five years, Arrows, on Friday after a string of strong singles and compelling music videos. The album was recorded in 2019 but pushed back because “something happened that is not worth discussing,” in the words of vocalist Aaron Beam.

Tickets for the fall tour go on sale Friday (June 4th) via venue ticket outlets linked on Red Fang’s website. Check out the full list of dates and the tour poster below. 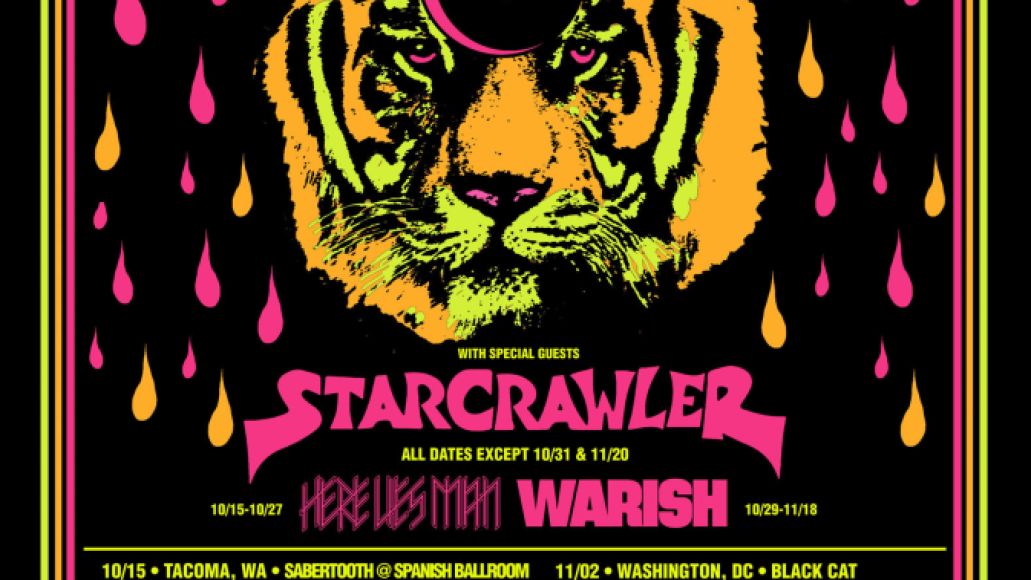