The Killers have joined forces with Bruce Springsteen to re-record their song “A Dustland Fairytale”. This new version, simply titled “Dustland”, was debuted by The Killers and Springsteen during a Wednesday morning appearance on The Today Show. The song is also available to stream on DSPs.

This marks the first time The Killers and Springsteen have recorded together, which is surprising given just how indebted the band’s music is to The Boss’ (see: 2006’s Sam’s Town). As The Killers’ Brandon Flowers recounted in a statement posted to social media, the collaboration came about after Springsteen reached out to him via text.

“I start getting some texts from a number I don’t have marked in my phone. ‘Watching Glastonbury. You guys have become one hellacious live band my brother! Love the gold suit! We gotta do Dustland one day.’ Signed off with: ‘Bruce.'”

Speaking of the personal impacted Springsteen has had on his own songwriting, Flowers added:

“Before I really became a fan of his, I was in the business of stadium-size everything. Larger than life EVERYTHING. Certainly larger than the lives of Jeannie and Terry Flowers. But Bruce has written a lot about people like my parents and found a whole lot of beauty in otherwise invisible people’s hopes and dreams. Their struggles, and their losses.

I’m grateful to him for opening this door for me. I’m grateful to my parents for their example to me. Now go find something new out about your dad, give your mom a big hug, and for god’s sake listen to Bruce Springsteen.”

Last week, Springsteen announced he would be returning to Broadway for a new run of one-man shows while also confirming plans to tour with the E Street Band in 2022.

Meanwhile, The Killers are working on a follow-up to their 2020 album, Imploding the Mirage. 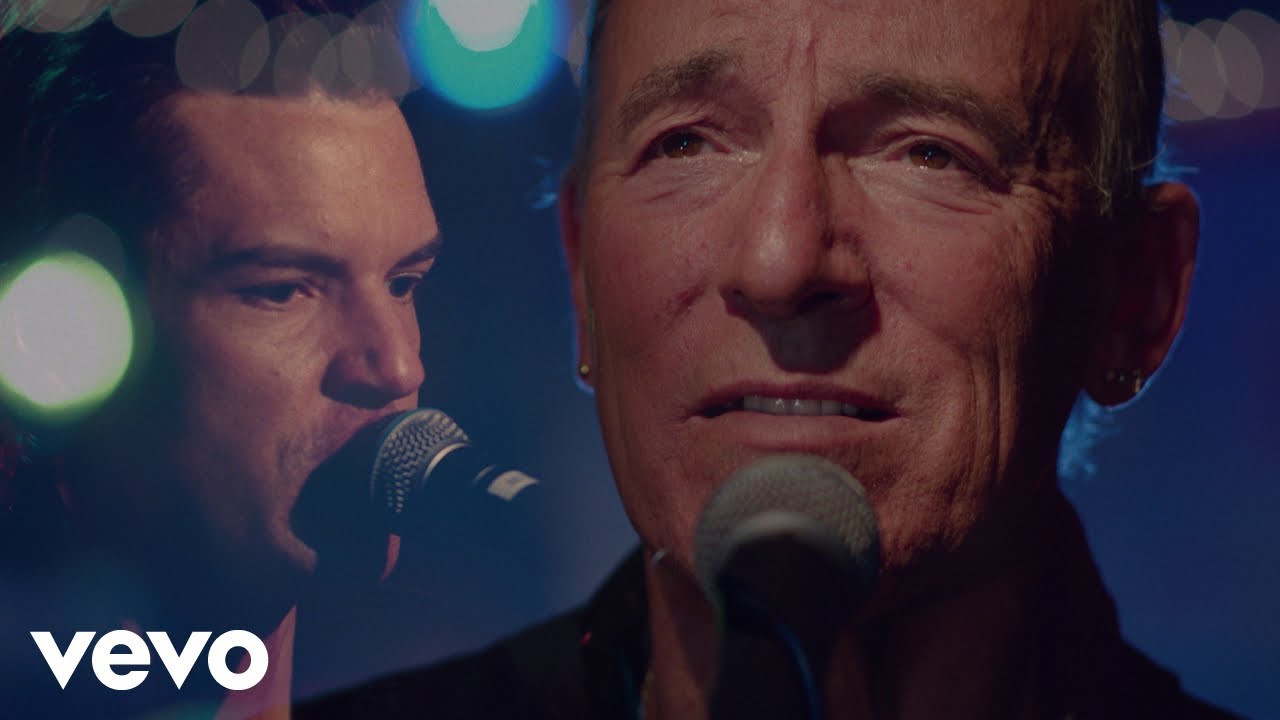 The Killers and Bruce Springsteen Re-Record "A Dustland Fairytale": Stream