It’s been a whirlwind of a month for the four young women making up the punk band The Linda Lindas. After video of their performance at a Los Angeles public library went viral, the group signed a deal with Epitaph Records and booked their TV debut on Jimmy Kimmel Live.

Lucia (14), Eloise (13), Mila (10), and Bela (16) tore through their hit single, “Racist, Sexist Boy”, with the same level of ferocious vigor that first made the music world fall head over sneakers for them.

Prior to their performance, the girls spoke to Jimmy Kimmel about the origins of their name (which was inspired by the Japanese indie film Linda Linda Linda and The Blue Hearts song “Linda Linda”), as well as story behind “Racist, Sexist Boy” and what it was like when it went viral.

Replay the performance and interview below.

After striking a deal with Epitaph, The Linda Lindas are said to be at work on new music. Their self-titled, self-released debut EP was initially released in December 2020 and is currently streaming on Bandcamp. 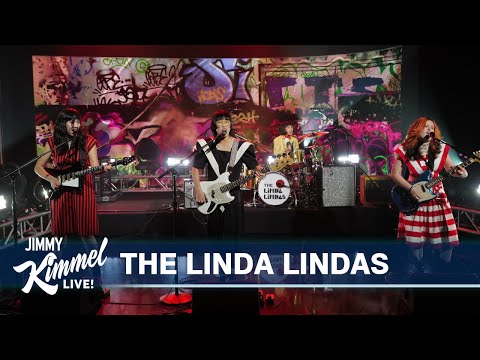