The last time The Strokes put on a show for New York City mayoral candidate Maya Wiley, it was their first-ever unplugged concert. On June 12th, they’ll play another benefit event for Wiley that will mark two more significant landmarks: It will be the city’s first fully vaccinated, full capacity indoor event since the pandemic, and it will serve as a christening for the newly renovated Irving Plaza.

Billed as The Strokes & Friends (so expect some surprise guests!) the show serves as a fundraiser for Wiley. A civil rights attorney who once worked for Mayor Bill de Blasio before becoming one of his strongest critics, Wiley is a struggling progressive candidate who recently snagged an endorsement from Representative Alexandria Ocasio-Cortez.

Coming 10 days ahead of the start of early voting, this benefit gig with The Strokes might give her a push with younger voters. Perhaps more importantly for music fans at large, however, it marks the return of indoor events across NYC. Set to take place this Saturday at 8:30 p.m. ET (doors at 6:30), the concert will require all attendees to show proof they received the final dose of COVID-19 vaccination at least 14 days before the show date. Events have been swinging in the city for a few weeks now, but this will be the first show to allow a venue to welcome 100% capacity.

That venue happens to be Irving Plaza, the landmark music club that recently underwent a complete revamp. The venue holds nearly 1,000 people, which is something of an undersell for perennial festival headlines like The Strokes. What’s more, it marks the band’s first full concert since releasing 2020’s The New Abnormal, which earned them their first Grammy for Best Rock Album.

Said The Strokes’ Julian Casablancas about playing this landmark event for Wiley,

“Maya Wiley is the most grateful, gracious, and kind-hearted bad-ass I’ve ever witnessed. The more I know her, the more I know that she is absolutely the best choice to be NYC’s next mayor. This feels like a once in a lifetime opportunity to help elevate an incredible person to a position of power where they can protect the public — instead of the usual — managing their exploitation. She is the only leading candidate without a PAC, so it’s a privilege to use art to support a non-corporate candidate fighting against difficult odds. She is a benevolent warrior; at City Hall she got the cop who killed Eric Garner fired. We need to elect trustworthy people so when hard decisions need to be made behind closed doors, we know the people of NYC will be protected and in the best hands possible.”

10 Years Ago, The Strokes Triumphed Through Adversity to Create Angles

Tickets, which are limited to two per customer, go on sale June 9th at 12:00 p.m. ET. Requirements for entry — including how to prove vaccination status and other precautionary measures — and ticketing information can be found at Wiley’s campaign website. 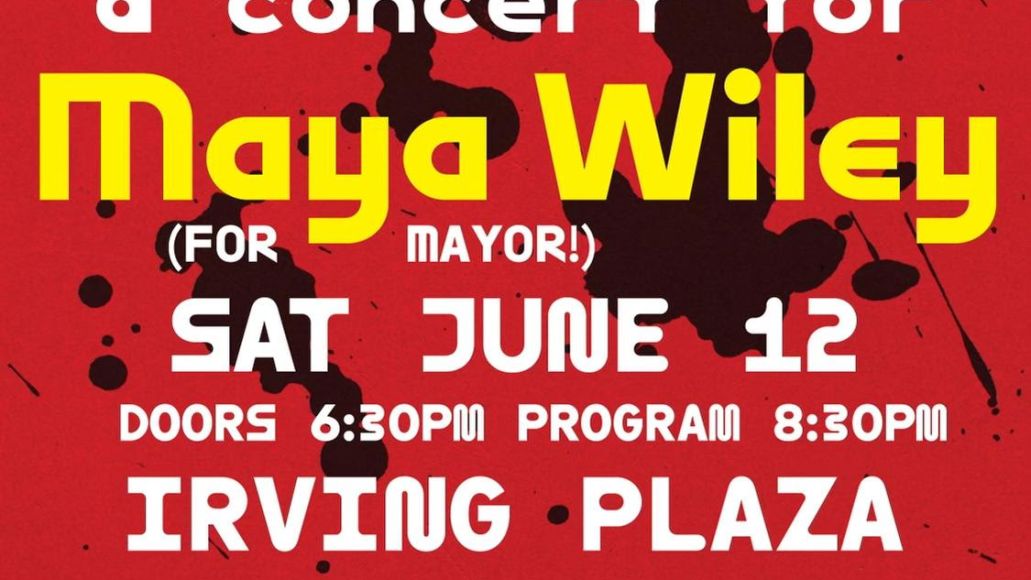