Toyah Willcox and husband Robert Fripp keep looking for new ways to push the envelope on their weekly “Sunday Lunch” series. This time around, the singer gives the King Crimson guitarist an eyeful during their cover of the ZZ Top classic “Sharp Dressed Man”.

The couple’s covers have always combined sexuality with comedy, and this one is no different, except for the fact that Robert “ain’t missing not a single thing” when Toyah pops open her “clean shirt” to bare all in front of the prog-rock legend, as he reacts with the all the expected facial expressions.

As is the case with the pair’s previous several “Sunday Lunch” performances, they are joined by the mysterious guitarist Sidney Jake, who speaks for the first time at the end of the “Sharp Dressed Man” cover. “Do your parents behave like this?” asks the masked musician.

By now, you’ve likely seen a number of the couple’s other performances, including their über-viral cover of Metallica’s “Enter Sandman”, which has racked up nearly 7.5 million views thanks in large part to Toyah wearing a see-through shirt while riding an exercise bike.

The singer recently sported a full Catwoman outfit for a rendition of Scorpions’ “Rock You Like a Hurricane”, and in the past has worn a French maid getup (Motorhead’s “Ace of Spades”), a cheerleader costume (Billy Idol’s “Rebel Yell”), a naughty nurse uniform (Alice Cooper’s “Poison”), a mermaid costume (Heart’s “Barracuda”), and body paint (The Prodigy’s “Firestarter”).

This isn’t the first time the husband and wife have covered ZZ Top. Earlier this year, they rocked “Gimme All Your Lovin'” as Toyah danced around with two pairs of scissors in her hand.

Toyah Goes Full Catwoman as She Covers “Rock You Like a Hurricane” with Robert Fripp: Watch

Last week, the couple covered Black Sabbath’s “Paranoid” … again! They had previously performed the metal classic last Halloween, with Toyah singing and dancing behind bars in what appeared to be an abandoned prison or bank vault. That one led Sabbath guitarist Tony Iommi to tell Heavy Consequence, “I think this lockdown has drove them mental.” This time around, they stuck to their kitchen for the performance.

See Toyah flashing Robert during the pair’s new cover of “Sharp Dressed Man” below, followed by their second rendition of Black Sabbath’s “Paranoid” from last week. 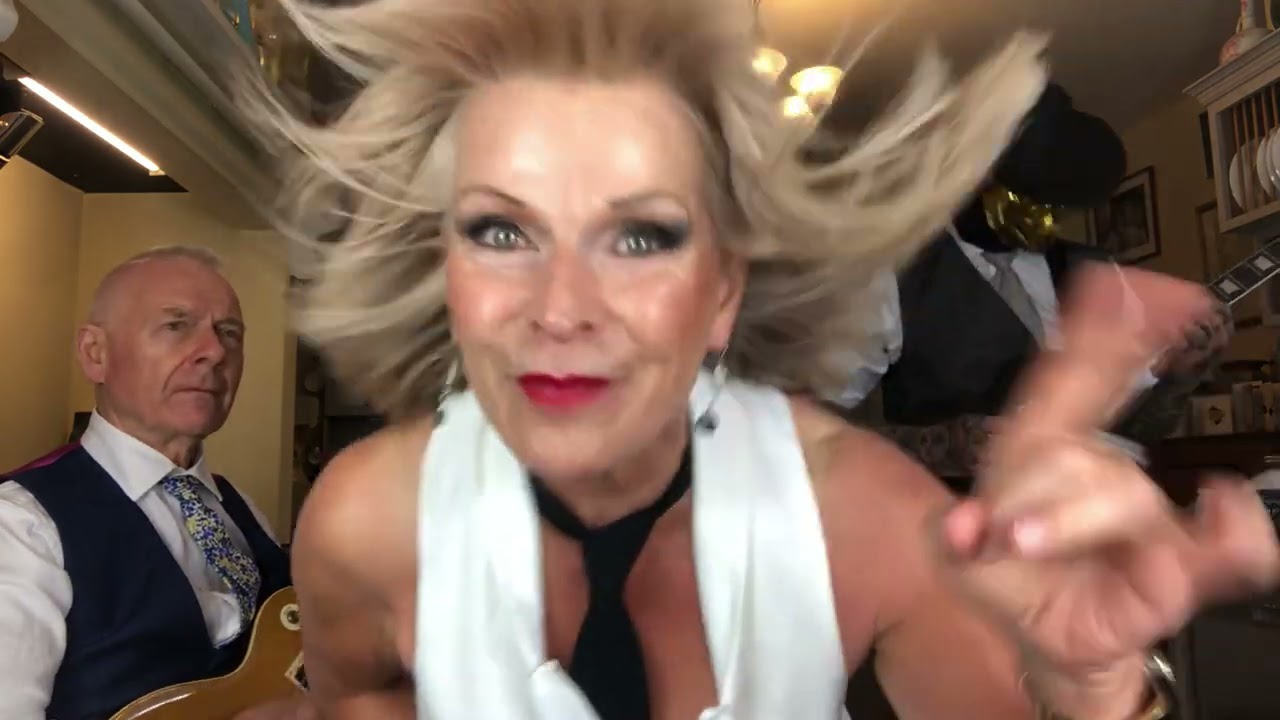