The Pitch: Birdtown’s most endearingly dysfunctional duo is back, and they haven’t really changed that much. Toucan Tuca (Tiffany Haddish) is the same boisterous, ebullient, troublingly irresponsible thirtysomething she always was; same with Bertie (Ali Wong), a neurotic songbird wrestling with deep-seated impostor syndrome and a stable, if unexciting, relationship with longtime live-in boyfriend Speckle (Steven Yeun).

Bertie’s shopping around for the right therapist to figure out her myriad personal issues, including reeling from the sexual harassment she experienced at the hands of a celebrity chef she worked under last season. Tuca, for her part, wrestles with her neediness and insomnia, and the sudden responsibilities thrust upon her by a rapidly passing sense of adulthood. Together, they’re the best and worst things that have ever happened to each other.

Flown the Coop: It was a minor tragedy when Netflix canceled Lisa Hanawalt’s acclaimed series shortly after its critically acclaimed (but presumably little-seen?) freshman season. Its first round at bat was a triumphantly thoughtful look at modern millennial adulthood, fueled by all the anthropomorphic chaos that comes from the minds of Hanawalt and executive producer Raphael Bob-Waksberg (both of whom worked, naturally, on BoJack Horseman). So I was happy as a lark when I learned that Adult Swim was saving the show from an early grave.

In a television landscape filled with directionless Millennials looking for purpose in the Big City, this one stands out not just for its kaleidoscopic aesthetic, but the heartfelt honesty interwoven between gags about plants with beach bods and ripped, tomato-based strippers. With its candy-bright colors and dancing, undulating characters and environments, Tuca & Bertie is still a delight for the eyes. 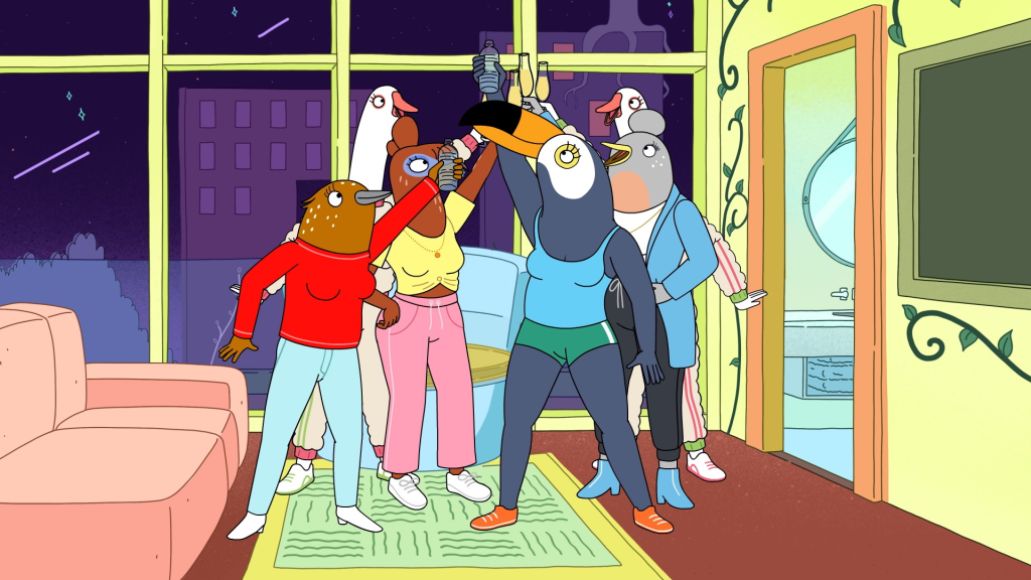 Panic Mechanic: Based on the four episodes provided for review, Tuca & Bertie has changed nests with hardly a wingflap skipped; It’s funny, probing, and delightfully absurd. As its central duo, Haddish and Wong are as empathetically co-dependent as ever, the first episode showing them “shopping around” for other influences in their lives — for Tuca, it’s the right lover, for Bertie the right therapist — before realizing their particular brand of toxic works well for them.

That doesn’t mean it’s all sunshine and roses: Bertie’s panic attacks are getting more pronounced, as time wears on and various traumas rear their ugly head. Bertie swims around in those uncertainties, and Tuca runs away from them toward the next cheap thrill, but a big part of their kinship lies in how messy they allow the other to be. That’s a rare but endearing quality for adult animation: BoJack Horseman makes its title character feel doomed by his decades of regrets, but Hanawalt recognizes that there’s hope for these two fuckups to get their act together. And in the meantime, they can at least fall apart right next to each other.

Bachelorettes and Bro-Workers: Just like season 1, Tuca & Bertie uses its playful look and mile-a-minute wordplay to deceptively dive into some real issues. The third episode of the season has one of the more insightful takes on cancel culture yet: namely, that it’s really hard for a cancelation to stick to all but the most unambiguous of monsters. Bertie is still traumatized from Pastry Pete’s harassment in season one, and his effective, focus-tested apology tour efforts frustratingly work on those around her: “Do you expect people to just disappear?” one jaded patron of Pete’s asks Bertie.

Bertie, for her part, doesn’t have an answer, apart from an imagined “Island for Bad Men” where shitty dudes can actually suffer. It’s a funny, yet honest admission of the fact that there are few easy answers to such a complicated issue, even for victims of sexual harassment and assault — especially when the rest of the public is so eager to forgive canceled folks at the first sign of focus-tested contrition. 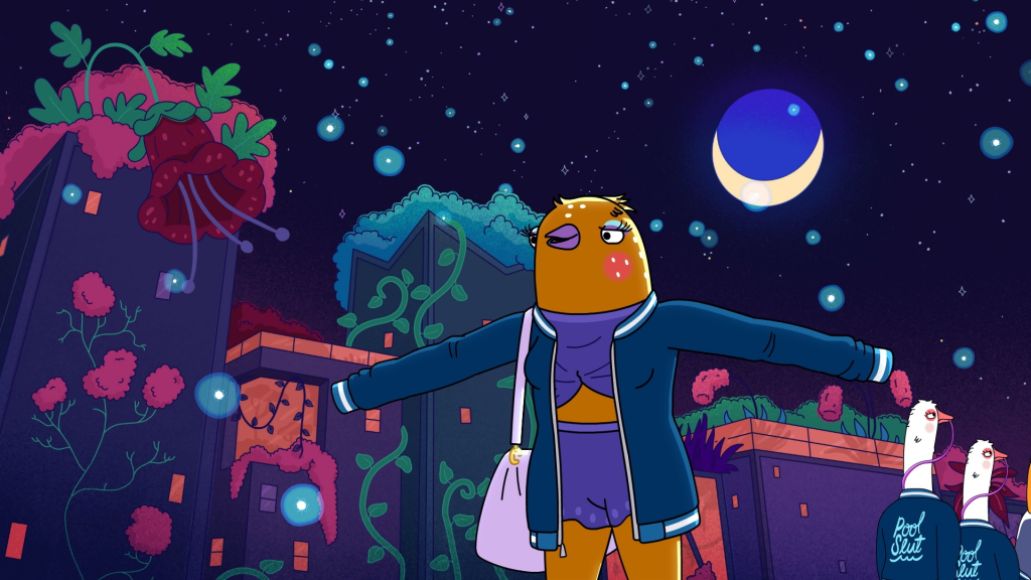 The Verdict: It’s rare for canceled shows to return to their previously-hallowed status, but Tuca & Bertie makes a strong case for its resurrection in its second season. It’s bright, colorful, and leavens that sense of visual playfulness with some bone-deep difficult truths about its messy subjects. Navigating the myriad issues of modern adulthood, from the labyrinthine challenges of mental health to the ever-more-complicated social dynamics of adult friendships, Hanawalt and her game cast of characters (some of whom are literally game) have returned to TV screens not a moment too soon.

Tuca and Bertie Season 2 Is Beaker and Better Than Ever: Review