The Washington state-based band has been one of the leaders of the U.S. black metal movement over the past two decades. The atmospheric blast of “Mountain Magick” conjures pastoral images of nature and forests, the band’s natural habitat in the wooded Northwest.

Accompanying the new song are appropriate visuals of the band traversing the said forests of the Olympic Mountains. Shot entirely by Wolves in the Throne Room, it finally realized their longtime desire to create their own music video.

“‘Mountain Magick’ was shot in the northern reaches of the Olympic Mountains and the ancient forests that shroud the foothills,” the band commented in a press release. “We wrote the story, created the costumes, shot the footage and did the editing ourselves, so it is a true product of our hearts and souls. Creating our own videos has been a long standing dream and now It’s very exciting to bring these Visions into the Cinematic Realm.”

Primordial Arcana is also the group’s first fully self-contained work. It was written, recorded, and mixed entirely by brothers and founding members Aaron and Nathan Weaver alongside guitarist Kody Keyworth. The record was produced at the band’s own Owl Lodge Studios in the Washington wilderness.

The album will be available in a standard single LP vinyl format and as a limited 45 RPM double-LP box set featuring an exclusive bonus track, art flag, a custom set of 12-sided dice, an embroidered patch, and a die-cut chain medallion.

The box set is available for pre-order exclusively via Relapse Records and the band’s webstore. Single LP variants can be pre-ordered via Relapse in North America and via Century Media in Europe.

Watch the video for Wolves in the Throne Room’s new song “Mountain Magick” and check out the album art and tracklist below. 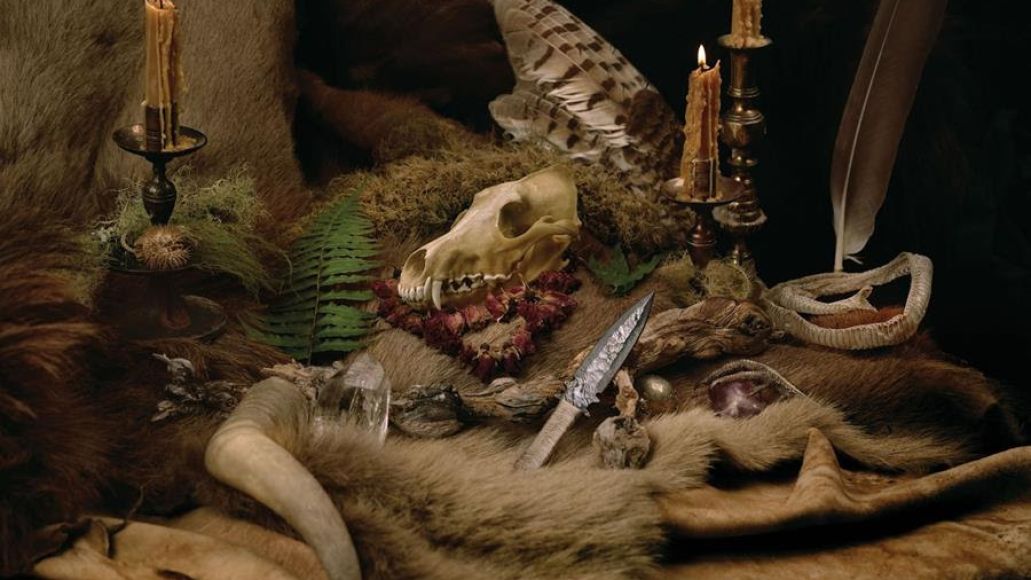