This isn’t the end, friend — Chucky is headed to the small screen. The murderous doll from the famous Child’s Play franchise is being revived for a TV series on USA/SYFY. As a preview, Entertainment Weekly has unveiled the first teaser for Chucky, which will debut later this year.

Chucky finds its titular antagonist up for grabs at a yard sale in an idyllic suburban town. When he winds up in the hands of a 14-year-old boy navigating a slew of traumas on his own, the dark truth behind Chucky’s past begins to resurface. The series will be helmed by showrunner Don Mancini, who co-wrote the original Child’s Play from 1988 and also worked behind the scenes on a number of its sequels.

“The main character is a 14-year-old gay boy who’s bullied and sort of lost after the recent death of his mother,” Mancini told EW. “He’s a young artist [making] sculptures with doll parts. He finds Chucky at a yard sale and buys him, but it turns out that he gets much more than he bargained for…One of the things I wanted to do was bring [the franchise] back to its Child’s Play roots and have the protagonists [be] kids. But since, with the first couple of movies, we’d already delved into having little kids, I wanted to explore something different, so this time we’re exploring young teenagers.” See the trailer below.

Chucky will star Zackary Arthur as its lead, and Brad Dourif will return to reprise his voice role as the demented doll. It lands on USA and SYFY on October 12th. 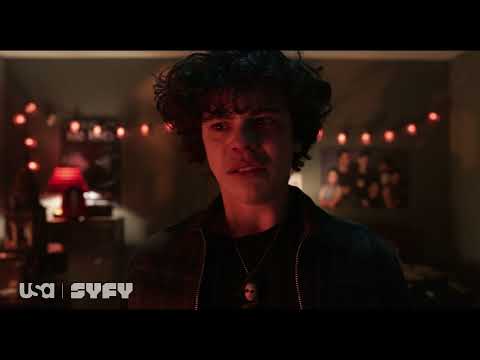