Circle Jerks have once again rescheduled their North American 40th anniversary tour. The hardcore-punk legends’ updated itinerary features a series of separate legs that run from September of this year through May of next year, with Municipal Waste, Adolescents, and Negative Approach providing support on select dates.

Originally, Circle Jerks had planned to tour in celebration of the 40th anniversary of their landmark debut album, Group Sex, beginning in May of 2020. Those dates were postponed to spring of 2021 due to the pandemic, but were since delayed again.

Now, the legendary band plans to hit the road for a few dates in early September (including appearances at Riot Fest and Punk Rock Bowling), before playing three shows in the Southwest in late October. From there, they’ll be back on the road for seven East Coast shows in December, before taking a two-month break. They’ll pick things back up in 2022 on February 19th in Anaheim, California, with dates running through a May 1st stop in Dallas.

All told, Circle Jerks have 36 dates scheduled, but plan to announce even more 2022 gigs in the coming months. In addition to marking the 40th anniversary, the shows will mark the band’s first concerts in 10 years.

While Circle Jerks weren’t able to tour on the proper 40th anniversary of Group Sex, they did release a special super deluxe edition of the album in October 2020 to mark the milestone.

The band also just announced that the lineup of classic members Keith Morris (lead vocals), Greg Hetson (guitar) and Zander Schloss (bass) will be rounded out by drummer Joey Castillo (pictured far right with the band above), best known for his work with Queens of the Stone Age and Danzig. “Please welcome our new drummer Joey Castillo to the fold,” posted the band on Facebook. “He’s making us sound like a well-oiled machine and we’re excited to bring this lineup to a city near you.”

Editor’s Note: Join us in the fight to protect live music by picking up a shirt from Consequence Shop. A portion of the proceeds benefit the National Independent Venue Association. 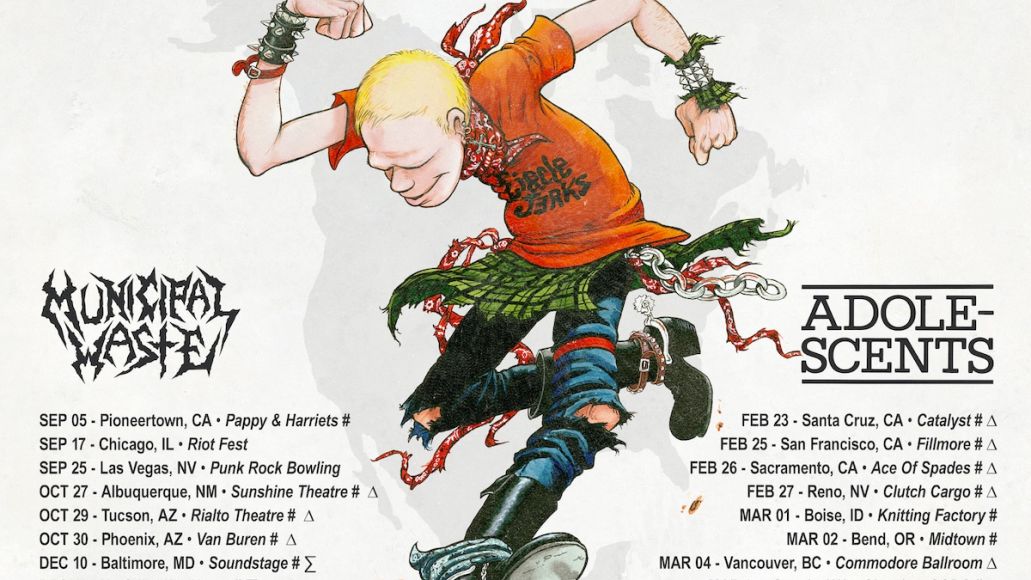