In a clip from his new Paramonut+ docuseries From Cradle to Stage, Foo Fighters frontman Dave Grohl tells Pharrell Williams that he ripped off old disco and funk songs when coming up with his drum parts for Nirvana’s Nevermind. And while his hard rock ethos has always been present, Grohl has been outspoken in the past about his appreciation for ‘70s pop, disco, R&B and funk.

This time, however, the Foos are taking that appreciation one step further with Hail Satin, their debut EP as the Dee Gees, which is out today (July 17th) on exclusive vinyl for Record Store Day.

Hail Satin sees the Foo Fighters taking on five classic Bee Gees songs (“You Should Be Dancing,” “Night Fever,” “Tragedy,” “Shadow Dancing,” and “More Than A Woman”) and bringing their own unique spin to them under a disco alter ego. Though there’s certainly some more electric guitar in the mix and a slightly-heavier sound, the band very carefully reconstructs these classic Bee Gees hits without ever taking too many liberties with them. Rather than reimagine these tracks entirely, Grohl and Co. decide to replicate them with as much energy and style as they can.

Putting out a Bee Gees cover album actually makes sense for Foo Fighters right now — as mentioned, the release arrives as an exclusive Record Store day drop, ensuring that those who are down to party with the Dee Gees can do so first by visiting a local record shop. Furthermore, the album’s B-Side contains five live versions of tracks from their 2021 LP, Medicine At Midnight.

While the Foos have been somewhat resistant to change their strictly-rock-n-roll sound throughout the last decade, Medicine At Midnight sees the band employing a more dance-heavy sound, complete with backup singers, auxiliary percussion, and even a recent Mark Ronson reimagining. Rather than attempting to get Foo Fighters fans to headbang along, they seem more intent on creating a vibe.

Of course, there’s no better jumping off point than the Bee Gees — the disco trio were masterminds of melody and harmony, and created an infectious sonic environment that inspired a generation. Foo Fighters approach these tracks with charm and charisma, and similar to their recent full-capacity Madison Square Garden show, they’re committed to celebrating.

It may be difficult to imagine Dave Grohl’s usual grit on top of these dancefloor tunes, but as “You Should Be Dancing” kicks off, there’s no doubt that he’s in his element. His voice is certainly more husky than Gibb’s, but his passion and flair fits right into the nostalgic track.

In fact, what’s so fascinating about Grohl’s vocal performance is how rarely he’s used his falsetto before this effort — usually for just a word or two — and how much he uses it in Hail Satin. And he really can hit some of these notes, begging the question of why he tends to shy away from a delicate falsetto if it’s in his wheelhouse.

This is a repeated theme to consider when listening to Hail Satin. For a band that has been pumping out reliable rock tunes for the last three decades, the very existence of these disco covers — let alone the fact that they’ve donned a stylish and absurd alter ego — is still a bit of a left turn.

Why, then, have there been no other “left turns” lately for the Foo Fighters? These covers certainly serve the purpose of celebration, of honoring their pop forebears, of fostering a dance-laden atmosphere, and even of exercising the youth that the Gen X members of the Foo Fighters still have. Beyond that, these covers simply prove that the Foo Fighters have a lot more to offer than complacent, broadly satisfying arena rock.

Of course, at the end of the day, these songs work because the Bee Gees made them work — the astounding level of pop perfection that Barry, Robin, and Maurice Gibb helmed would translate well in pretty much any genre. That said, Foo Fighters have succeeded over the years with an appeal to those about to rock, and with Hail Satin, they’re carving out more room for themselves and pushing those boundaries ever so slightly.

On arguably the most interesting cover of the batch, “Shadow Dancing,” the guitars drop the One By One-era grunge, drummer Taylor Hawkins takes a terrific turn on lead vocals, and the background singers shine brighter than any of their Medicine At Midnight cuts. It’s a great example of how much restraint Foo Fighters still possess, and how much fun they’re willing to have at the same time. Only time will tell if the spirit of Hail Satin will live on through the next few Foo Fighters albums. And if not, at least we have this time to dance. 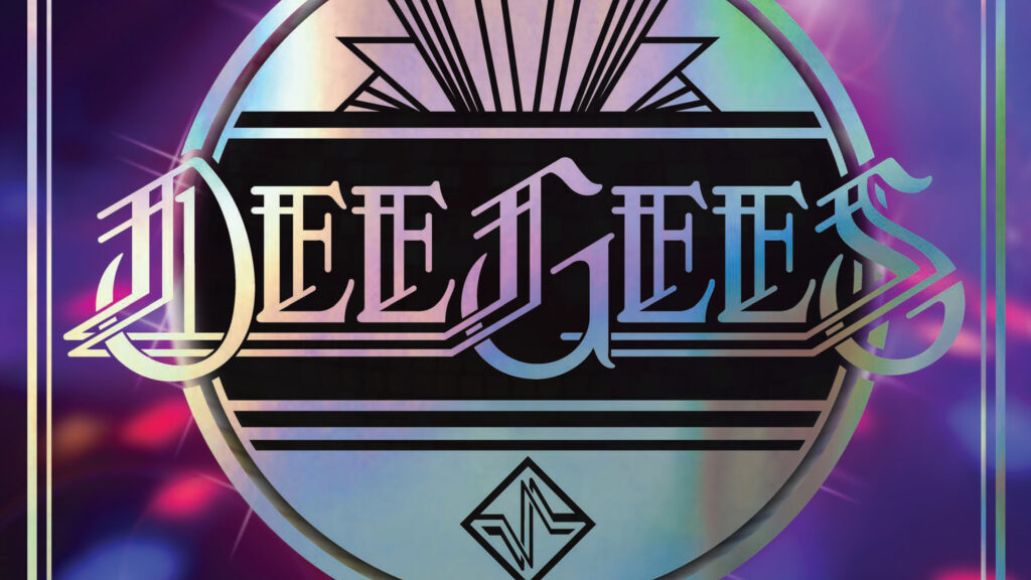