Desert Daze is back! The Southern California-based festival is returning this November with headliners The War on Drugs, Kamasi Washington and Toro y Moi.

This year will mark the ninth iteration of Desert Daze after its 2020 festivities were canceled along with the rest of the live music industry due to the coronavirus pandemic. Other acts taking the stage at the eclectic three-day event include Tim Heidecker and Weyes Blood, Japanese Breakfast, Devendra Banhart, Ty Segall, Deap Vally, Yves Tumor, and more.

While the festival will be scaled down compared to past years as the world emerges from 16 months of quarantine life, attendees will have the option to camp alongside Lake Perris in the Moreno Valley from Friday, November 12th through Sunday, November 14th. VIP packages and general admission tickets will also be available, with all tickets going on sale this Friday on the festival’s website at 10 a.m. PST. (A special presale begins on Thursday at the same time.)

Check out the full Desert Daze lineup after the jump.

On Monday, The War on Drugs announced their upcoming album I Don’t Live Here Anymore, which is slated for release October 29th via Atlantic Records. Additionally, the band will be hitting the road on a lengthy North American tour in 2022 to support the studio set.

Washington, meanwhile, unveiled his latest single “Sun Kissed Child” back in June, and Toro y Moi closed out 2020 by remixing both HAIM’s “3 AM” and Caroline Polachek’s “Hit Me Where It Hurts” before earning a spot on President Joe Biden and Vice President Kamala Harris’ Inauguration Day playlist with his 2017 track “Mirage.” 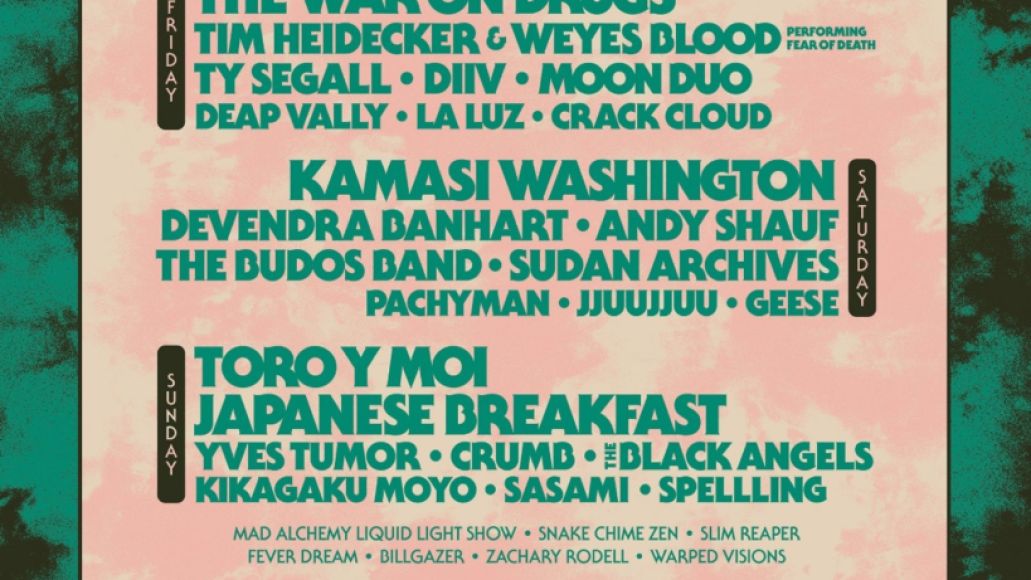 Desert Daze Returning with The War on Drugs, Kamasi Washington and Toro y Moi as Headliners