In 1970, just as The Beatles were on the precipice of their breakup, George Harrison was cooking up a masterpiece of his own. In celebration of its 50th birthday, Harrison’s iconic third solo album All Things Must Pass is getting honored with an expansive anniversary deluxe edition this summer: As a preview of what we can expect from the reissue, an outtake of one of the album’s most beloved tracks, “Isn’t It a Pity,” is out today, offering a unique perspective on the late Beatle’s recording process.

If you’ll recall, “Isn’t It a Pity” appears twice on the original triple-album release of All Things Must Pass, with Version One sounding more upbeat and Version Two taking things down a notch. This “new” recording of “Isn’t It a Pity (Take 27)” veers more towards the more somber, stripped-down Version Two of the song fans have come to know and love over the past five decades. The outtake arrives with a beautiful music video animated by Gary Sullivan, Frankie Principe, Craig Speakman, Geoff Kirk-Smith, Matt Wilson, and Elliot Stronge. Check it out below.

“Isn’t It a Pity (Take 27)” follows another unearthed Harrison track, “Cosmic Empire,” which will also be heard on the massive 50th anniversary edition of All Things Must Pass. The box set arrives August 6th, and it was executive produced by Harrison’s son Dhani Harrison. Pre-orders for it are ongoing now. You can also hear more recently unveiled work of Harrison’s on a recent Bob Dylan archival set. 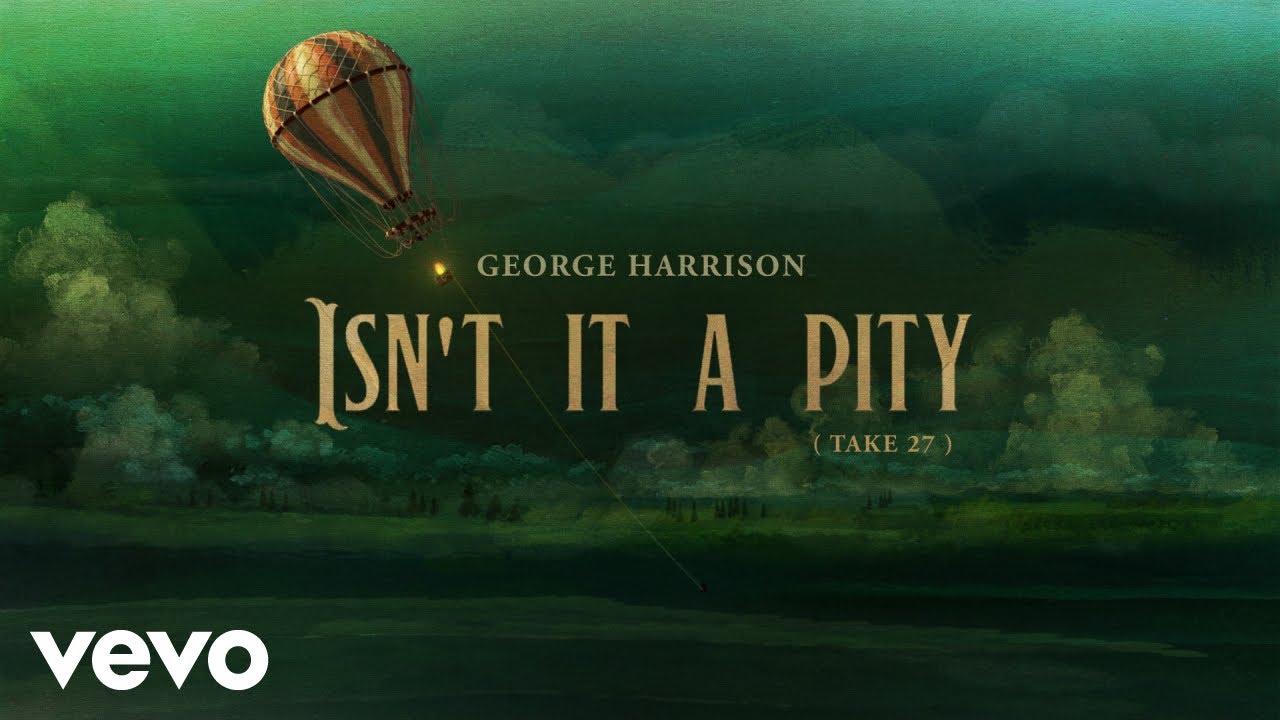