Guitar company Gibson has announced a new brand partnership with legendary Metallica guitarist Kirk Hammett. While no individual guitars have been announced yet, the signature line will span across Gibson Brands, including Gibson and Epiphone.

“It’s a really great and exciting time for me to be joining forces with Gibson,” said Hammett in a press release. “I look forward to achieving great things together in the future.”

Gibson brand president Cesar Gueikian added, “It’s an honor to welcome the icon, the ripper, Kirk Hammett back to the Gibson family. Kirk has been carrying the flag for hard rock and heavy metal for decades, and his Gibson guitars have been there with him from the very beginning. From his first Gibson, his 1979 Flying V to ‘Greeny’ and everything in between, Gibson guitars have been an integral part of Kirk’s sound. All of us at Gibson are looking forward to this collaboration and are grateful that Kirk has trusted us to begin a new partnership.”

As part of the announcement, Gibson unveiled a 24-minute video interview between Hammett and Gueikian. The metal icon talks about his history with Gibson guitars, and offers a brief update on the state of Metallica, basically saying that they have been working on new music during the pandemic and look forward to playing shows again this fall.

Metallica’s 2021 itinerary includes headlining gigs at the festivals Louder Than Life in September; Aftershock in October; and Welcome to Rockville in November. They’re also slated to headline the ATLive concert in Atlanta, as well as play two arena shows in San Francisco commemorating their 40th anniversary as a band.

Watch Kirk Hammett discuss his partnership with Gibson below, and stay tuned as specific models from his new guitar line are announced. 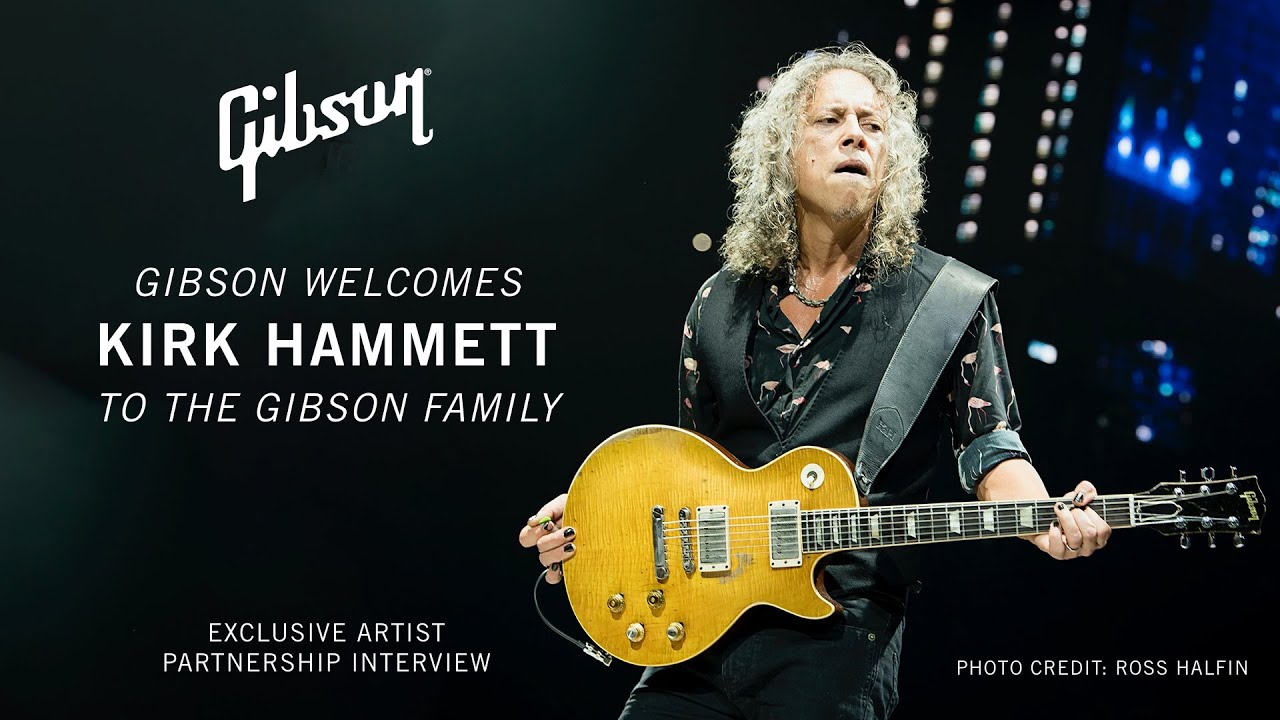