Glassjaw have announced vinyl reissues of their 2000 debut album, Everything You Ever Wanted to Know About Silence, and 2002’s Worship and Tribute as part of a limited-edition 3-LP set. The previously unreleased Live at the Forum concert album — recorded in 2011 — will also be included.

In typical Glassjaw fashion, the post-hardcore luminaries are intent on making the release a fan-only affair and weeding out potential record scalpers. The triple vinyl set will only be available to ticketholders for the band’s upcoming 2022 tour, where they’ll perform the two studio albums in their entirety. The pre-sale for the records begins at noon ET on July 9th, with ticketholders able to pick up their purchased vinyl at the respective concert.

Vinyl copies of EYEWTKAS and Worship and Tribute have gone in and out of print over the years, so the new reissues appear to be the definitive versions of each LP. Of note, the track “Convectuoso” has been added to the end of Worship and Tribute, as the band had originally intended (label disputes resulted in it being cut from prior pressings).

Making the collection even more special is the inclusion of Live at the Forum, recorded during the band’s performance at The Forum London in 2011. Nearly a decade removed from the aforementioned albums, the band nonetheless delivered a set worthy of being immortalized on wax. It also marks Glassjaw’s first official live release. The band’s set to return to the O2 London Forum, as it’s now known, for two dates on the aforementioned 2022 “20+ Years Anniversary Tour”.

Visit Glassjaw’s website at noon on July 9th for the vinyl pre-sale. Check out mock-ups of the LP color ways and the full tracklist for each album below. 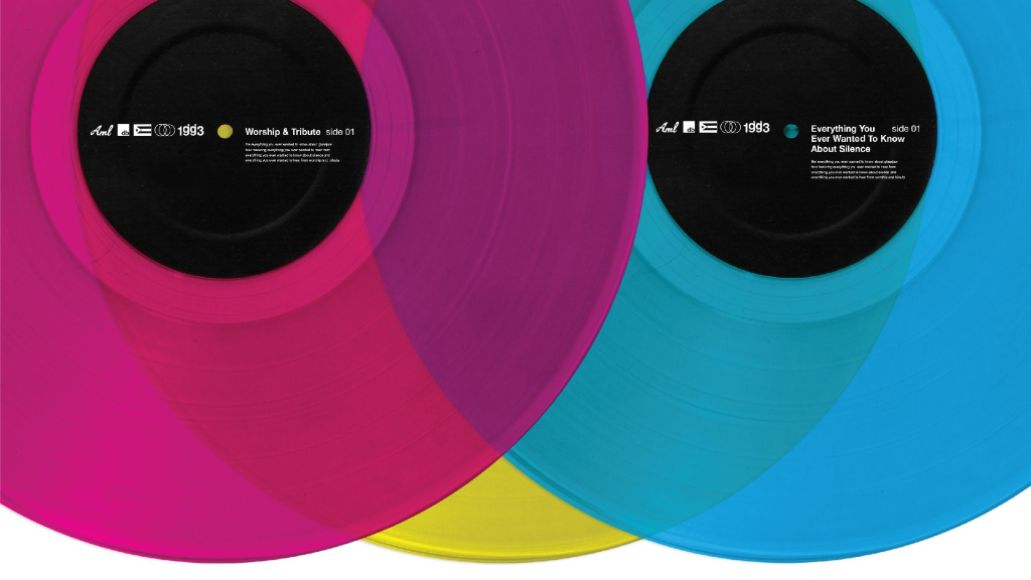