Halsey has shared the artwork and release date for her new album, If I Can’t Have Love, I Want Power, which is produced by Trent Reznor and Atticus Ross of Nine Inch Nails. It’s set to arrive on August 27th through Capitol Records.

In an Instagram post, Halsey explained that If I Can’t Have Love, I Want Power is a “concept album about the joys and horrors of pregnancy and child birth,” and that the cover art conveys “the sentiment of my journey over the past few months.”

“The dichotomy of the Madonna and the Whore. The idea that me as a sexual being and my body as a vessel and gift to my child are two concepts that can co-exist peacefully and powerfully,” Halsey explained. “My body has belonged to the world in many different ways the past few years, and this image is my means of reclaiming my autonomy and establishing my pride and strength as a life force for my human being.”

“This cover image celebrates pregnant and postpartum bodies as something beautiful, to be admired. We have a long way to go with eradicating the social stigma around bodies and breastfeeding. I hope this can be a step in the right direction.”

In January, Halsey announced she was pregnant with her first child with her boyfriend, screenwriter Alev Aydin.

The artwork features an artistic rendering of Halsey, with one of her breasts exposed, holding her unborn child while sitting on a throne.  Halsey unveiled the piece at the Metropolitan Museum of Art on Tuesday. You can read her full statement and watch video of the unveiling below. 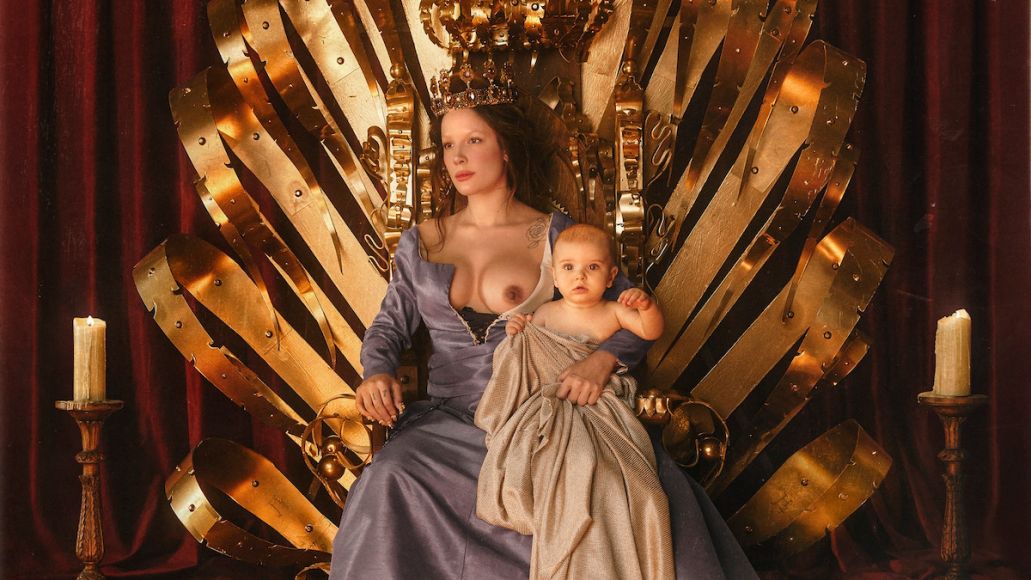 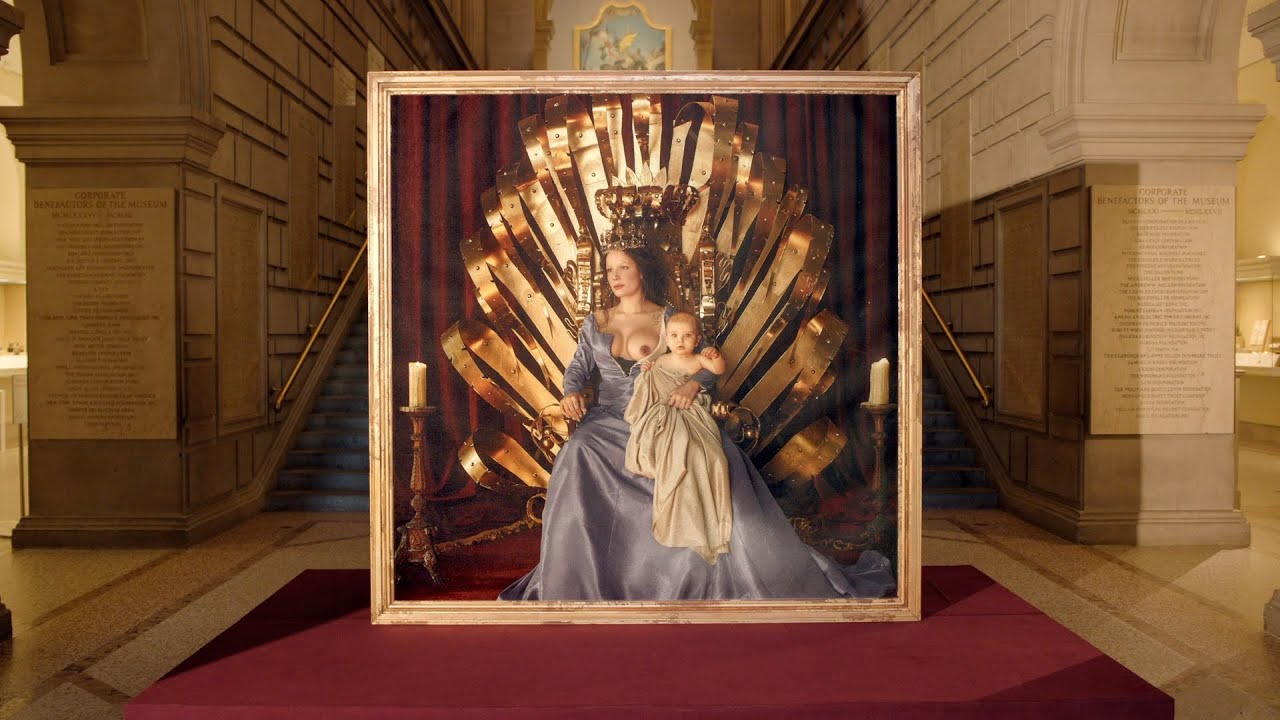 Halsey Reveals Cover Art for New Album If I Can't Have Love, I Want Power